Trump continues to take on the RINOs in the GOP.

Trump released a statement warning the 10 House Republicans who voted to impeach him. 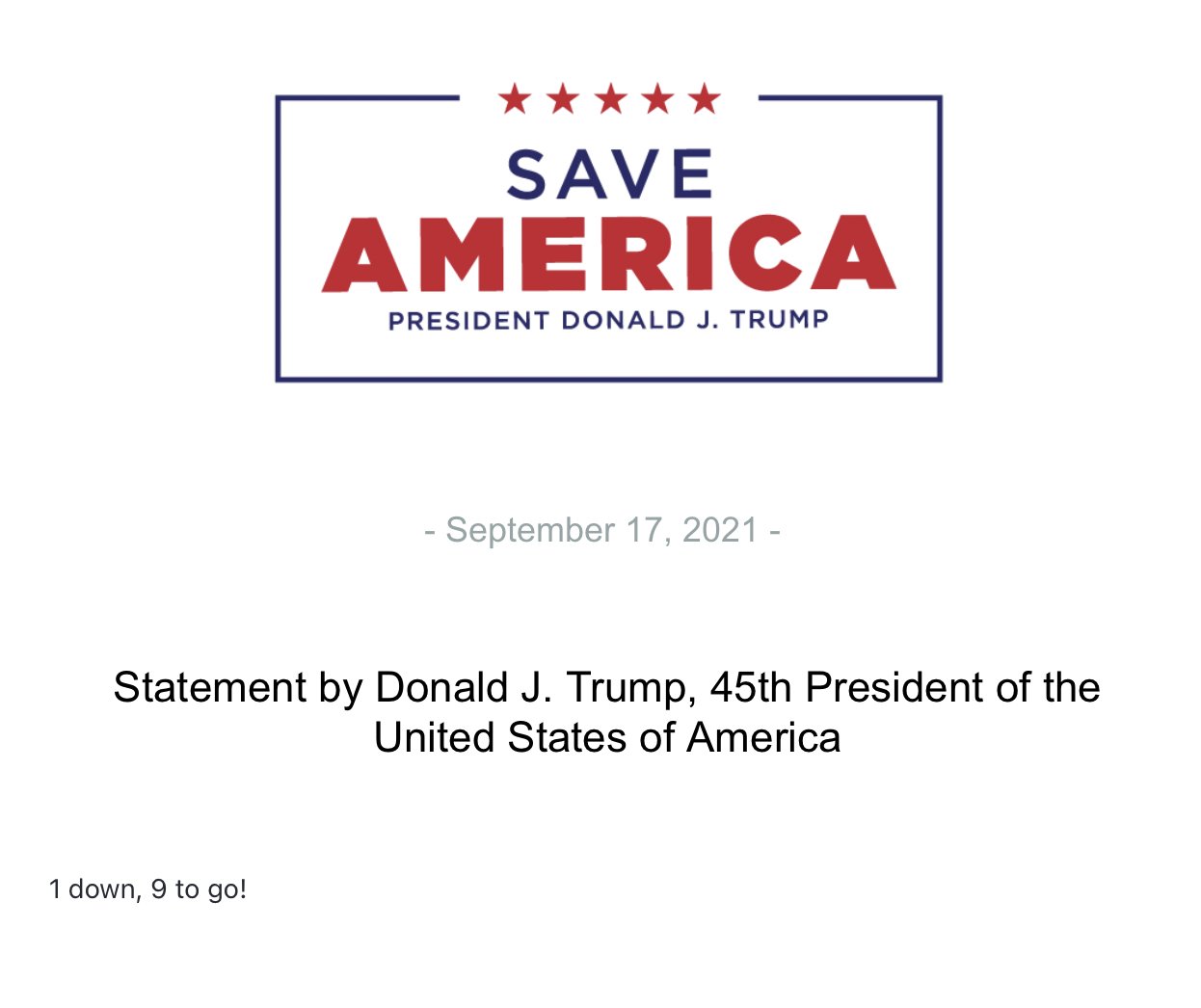 Here are the 10 RINOs who voted to impeach Trump:

RINO Rep. Anthony Gonzalez announced he will not be seeking re-election.

Ohio Rep. Anthony Gonzalez, who voted to impeach Donald Trump and faced a brutal primary against the former president’s protege, announced that he won’t seek reelection in 2022.

Gonzalez, once a top recruit for the House GOP, announced his retirement with another denunciation of the president he once sought to boost, calling him ‘a cancer for the country.’

Gonzalez was one of 10 House Republicans who voted to impeach Trump following the January 6 Capitol riot. Trump was acquitted in the Senate of ‘incitement of insurrection,’ and the two-term Rep. Gonzalez ended up getting censured by his own state party.

Trump also released a statement unloading on him. 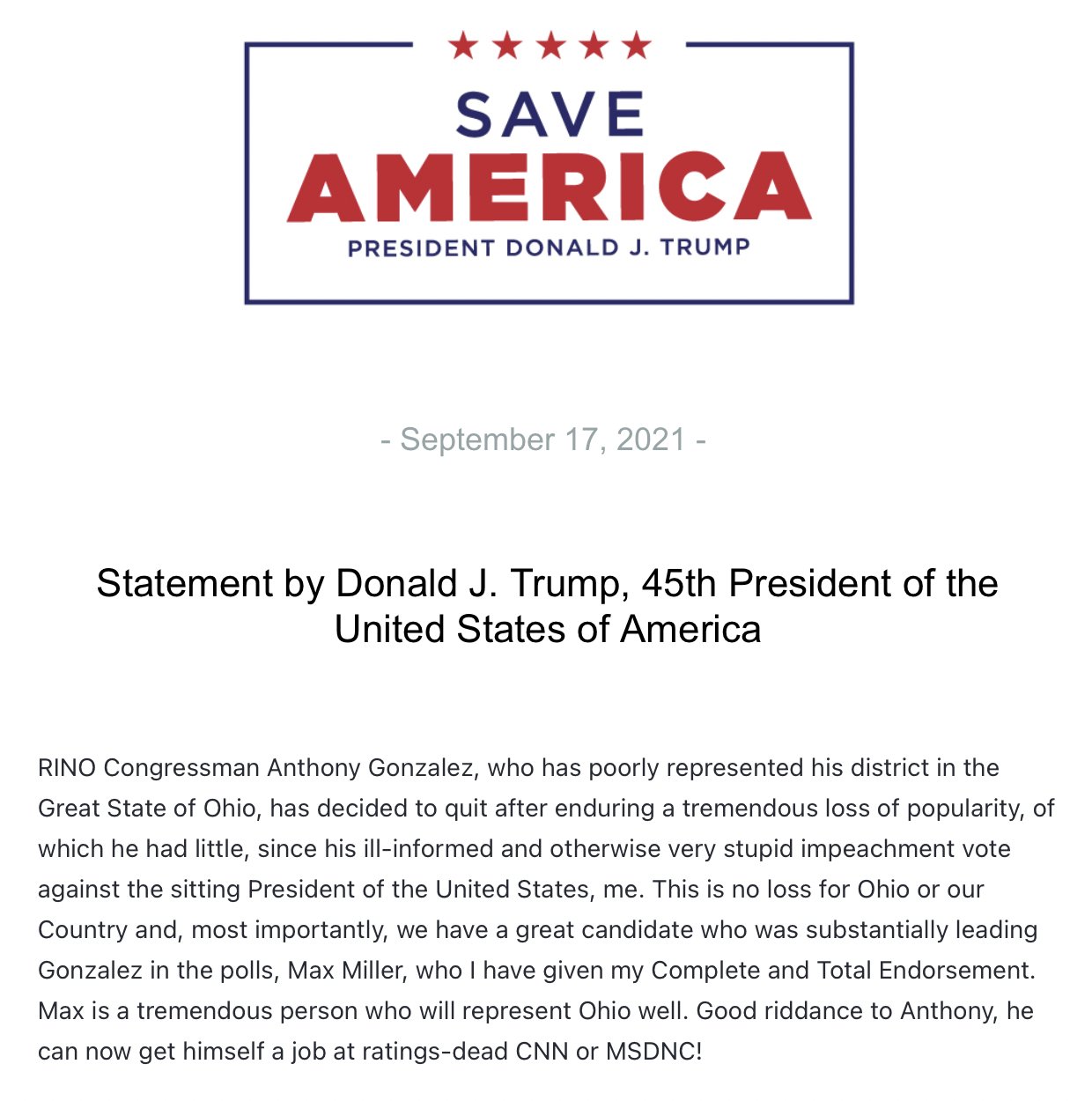 “RINO Congressman Anthony Gonzalez, who has poorly represented his district in the Great State of Ohio, has decided to quit after enduring a tremendous loss of popularity, of which he had little, since his ill-informed and otherwise very stupid impeachment vote against the sitting President of the United States, me. This is no loss for Ohio or our Country and, most importantly, we have a great candidate who was substantially leading Gonzalez in the polls, Max Miller, who I have given my Complete and Total Endorsement. Max is a tremendous person who will represent Ohio well. Good riddance to Anthony, he can now get himself a job at ratings-dead CNN or MSDNC!”

18 Sep at 10:48 am
Mike Lindell Running Tests On Alabama’s Voter List — After Meeting With Governor And Secretary Of State
McAuliffe, Youngkin Clash On Vaccine Mandates, Abortion In First Debate For Virginia Gubernatorial Race