Election fraud is the secret “assassin’s mace” of the Chinese Communist Party (CCP) that has long confounded security hawks, according to tech billionaire and entrepreneur Patrick Byrne, who back in August assembled a cyber intelligence team to analyze the U.S. voting system.

“For 10 years or more, there have been references to a coming ‘assassin’s mace’ in the Chinese literature—where they take out the United States with one stroke,” Byrne told The Epoch Times’ “American Thought Leaders” program. “The national security community in the United States has been trying to figure this out: Is it their new aircraft carrier? Is that the hypersonic missile? Is it this, that, is it an EMP?”

“I don’t think so, ” he told host Jan Jekielek. “The one stroke that takes the United States out is what we’re experiencing right now.”

Byrne has been a driving force in the research for lawsuits filed by attorneys Lin Wood and Sidney Powell. He has also been working together with ASOG, the company that recently carried out the forensic audit on voting machines in Antrim County, Michigan.

Byrne said he started investigations back in August, and that as a result, he anticipated the very irregularities which he later observed in the November election.

He says his team of online security experts now believes Chinese developers are “under the hood” of the software that has infiltrated at least two of the main voting systems in the United States.

Suppliers of such election software and systems involved in the U.S. election have responded to allegations of voting irregularities with consistent denial that their systems can be manipulated or that they have any such connection to foreign governments.

Byrne described the election as a soft coup.

“We are basically reverse-engineering this coup,” said Byrne, in reference to his team of 30-40 people.

Byrne says that he fell in with cyber experts who had been looking at election manipulation since 2018 when they were hired as part of a blue-ribbon commission set up to examine potential election fraud in Texas.

“That group has had two years to really reverse engineer what the rest of America has had a couple of weeks to understand,” he said. “They had already figured out really about a dozen different ways you could defeat an election or hack an election—in a broad sense of hack, not necessarily just electronic cyber guys hacking.”

According to Byrne, they found cheating was possible “at an industrial level, in terms of generating hundreds of thousands of fake votes.”

Byrne says the pattern of manipulation can be identified through examining three key points—what he calls “three buckets of facts.”

“One bucket is understanding the systems themselves and how they were built: the functionality that was built into them and the vulnerabilities that exist.”

The second bucket, he says, relates to how the election process played out. “[In the event of fraud] you would expect people to have certain experiences when they either go in and vote or if they volunteer and work in the precincts.” 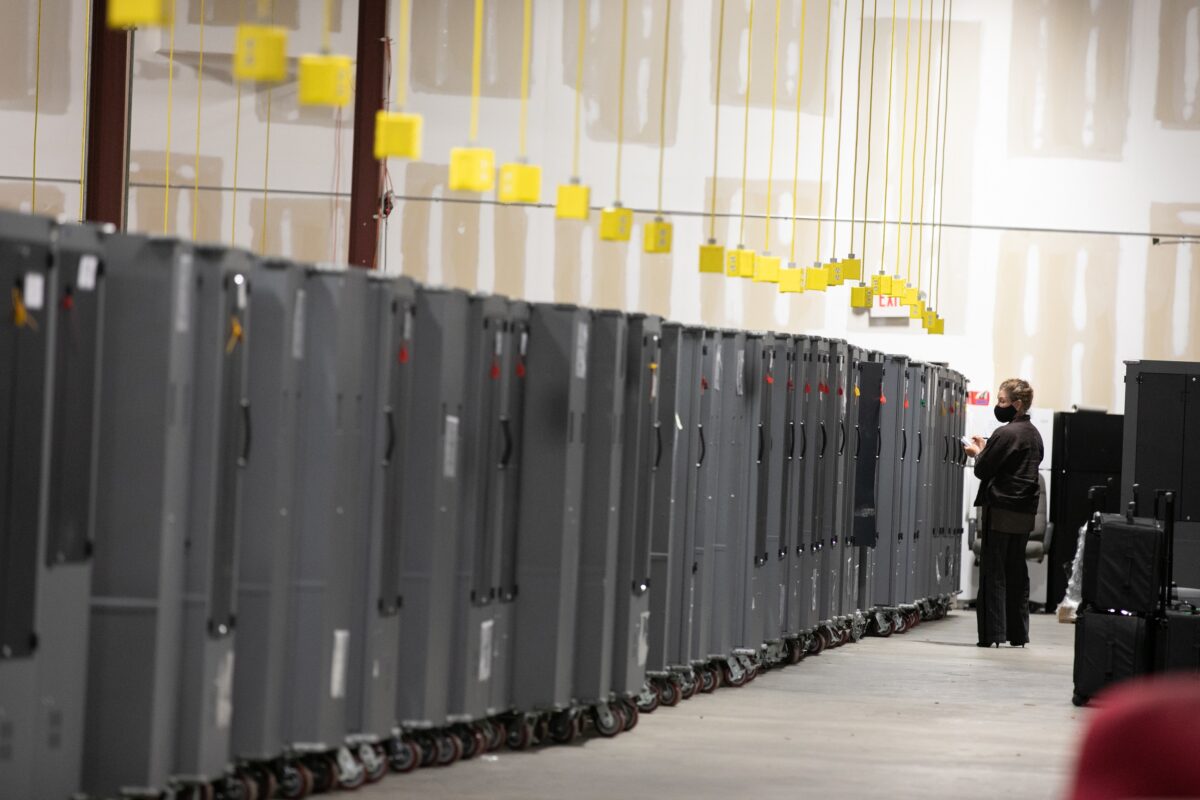 He gives the examples of vote tabulating being shut down, of poll watchers being denied entry, and of the video of election workers pulling out cases of ballots from under a table after observers had gone home and then scanning them.

The third bucket, he says, is the extreme statistical outliers that would be thrown up by such a manipulation process.

“Things like that happened—these statistical outliers: Having 123,000 votes in a row going to one candidate; or in Pennsylvania, I believe it was 580,000 votes got processed that were 99.4 percent for Biden… and they came through exactly when all the Republicans had been told they had to leave.”

“They’re on the order of you winning the Powerball lottery this week, and next week and the week after—and that happening in dozens of places around America at the same time.”

“When you put those three different narratives together, they also just come together perfectly. They all reinforce each other.”

Byrne says that the manipulation of the voting systems can be traced back to China.

“There’s a chain of command basically from China through Iran to Cuba and Venezuela,” he said. “The Chinese are funding Smartmatic through the Panamanian division of Smartmatic, but it bounces through Venezuela.”

“There is code buried within the Dominion machines that has been turned up that seems to show Chinese provenance.”

“There are Chinese developers under the hood of this stuff back in China who are actually getting their software into the Smartmatic systems which are which have infiltrated at least two of the main voting systems used domestically.” 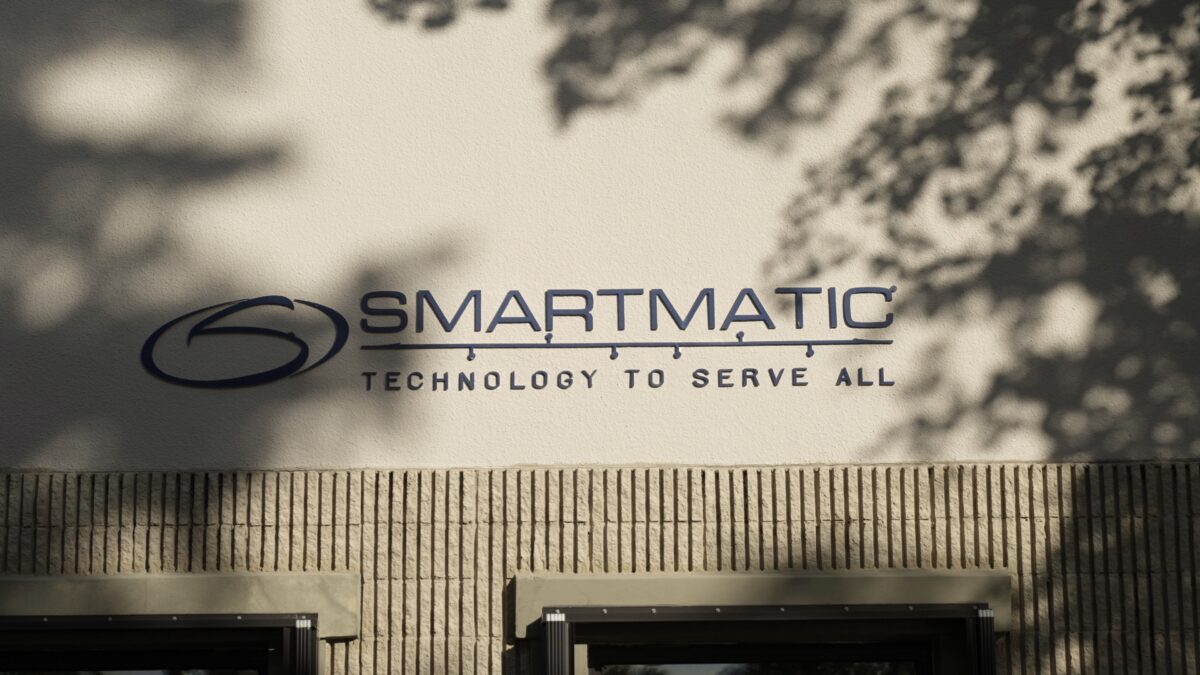 “I say this is a guy who loves China,” he adds. “I speak Chinese, I have a great affection for China and the Chinese people—but I’m not such a big fan of the of the CCP.”

Smartmatic says its products were used only in one LA county in the U.S. 2020 election and has consistently denied any claims of wrongdoing or involvement in voter or election fraud past or present. It says it has no involvement with any governments or political parties or with Dominion.

Dominion Voting Systems has also consistently denied any wrongdoing or vulnerabilities in its systems and said that it does not use software owned by Smartmatic and that it has no ownership ties to the governments of China, Cuba, or Venezuela. Dominion products are used in 28 states.

Byrne, however, says that software created by Smartmatic went through a series of corporate mergers, acquisitions, divestments, and licensing agreements before ending up in at least two of the main commercial voting systems being used in the United States, including Dominion. “Its genetic lineage [goes] back to the software,” he says.

A number of other analysts have signed affidavits to the same effect.

Dominion has also come under scrutiny for its ownership structure after its parent company raised funds with the help of a Swiss bank before the 2020 U.S. presidential election. The transaction, peculiar in several ways, has led some to speculate that a Chinese entity could be an indirect investor in the company.

Byrne says that stealing the national election doesn’t require cheating across the board. “There are six counties that you need to steal. If you steal these six counties around the country, that flips the six states they’re in, which flips the electoral college votes that come with them, which flips the nation, ” he said. “You’ve got to take six places and cheat like crazy there.”

He says that some online security experts, who he describes as white hat hackers, say that they would give the election systems a rating of just one or two out of 10 for security.

16 Dec 2020
Election Fraud
Donald Trump Jr. to Campaign in Georgia with David Perdue
Group of Republicans Supports Trump as He Presses On With Legal Challenges Against Election Fraud