An election integrity watchdog group has filed a lawsuit against Michigan’s secretary of state over allegations that tens of thousands of deceased residents have yet to be cleared from the state’s voter rolls.

Yeah, this is kind of why Americans find it easy to believe that our elections could get rigged, people.

The Public Interest Legal Foundation filed its lawsuit on Nov. 3 against Secretary of State Jocelyn Benson, accusing her of violating the National Voter Registration Act of 1993.

The NVRA requires officials to “conduct a general program that makes a reasonable effort to remove the names of ineligible voters from the official lists of eligible voters,” the lawsuit states.

Benson, the group alleges, has failed to do so.

According to an analysis conducted by the PILF in August, there were 25,975 registered voters in the state of Michigan who had died.

“This case is about ensuring that deceased registrants are not receiving ballots,” PILF president J. Christian Adams said in a statement, according to The Epoch Times.

“For over a year, we’ve shared specific data with the Michigan Secretary of State’s Office about the alarming problem of deceased registrants on Michigan’s voter rolls,” Adams explained.

Do you have concerns about the integrity of our elections?

“Secretary Benson has done nothing to resolve the problem and is even refusing to hand over public documents related to these failures. The failure to remove deceased registrants creates an opportunity for fraud and makes Michigan’s elections less secure.”

The lawsuit accuses Benson of NVRA violations that “have harmed and continue to harm and frustrate the Foundation’s purpose of protecting the integrity of the electoral process, ensuring that accurate and current voter registration rolls are maintained, and educating the public about the same.

“The Foundation’s expenditure of significant time and money in Michigan seeking to rectify Defendant’s failure to clean up the voter rolls by removing the surfeit of deceased registrants from such rolls has also forced the Foundation to divert its limited resources from other states with similar issues,” the complaint states.

Benson’s director of media relations, Tracy Wimmer, told the Times that they would not comment on pending litigation, but implied a whole lot more.

“Michigan maintains its voter registration list in accordance with all state and federal laws, including provisions for deceased voters,” she wrote. “As we’ve seen throughout the past year, meritless lawsuits serve as press releases for those seeking to further election misinformation and undermine American democracy.”

So, apparently, the PILF just totally fabricated the tens of thousands of dead people who are still registered to vote in Michigan.

Bear in mind, Benson is a Democrat with ties to the party’s increasingly radical progressive faction; her resume includes stints at the far-left Southern Poverty Law Center as well as the NAACP Legal Defense and Education Fund and NPR.

The current party line is that efforts to clean up voter rolls, require ID at the polls, and ensure that absentee and mail-in ballots are sent out and counted in a secure manner are flat-out racist.

Yet a group that wants Benson to make sure there aren’t tens of thousands of dead people on Michigan’s voter rolls — they’re the ones trying to “further election misinformation” and “undermine American democracy.”

This is not a great look for Benson, who oversaw the critical swing state’s disastrous 2020 election.

A judge has already determined that Benson violated the Administrative Procedures Act when she unilaterally changed regulations regarding mail-in voting ahead of the election, substantially bolstering the Trump camp’s claim that Michigan’s results were skewed.

Thousands of affidavits alleging voter fraud have been filed in Michigan by citizens demanding a forensic audit similar to the one conducted in Arizona, and the “Stop the Steal” contingent has made it very clear it is not letting the issue slide any time soon.

This is all the more important now that another Election Day has come and gone — and sure enough, there’s just as much funny business going on in New Jersey as was alleged in states like Michigan, Georgia, Pennsylvania and Arizona in 2020.

If Democrats want to convince Americans that our elections are secure and totally free of error or fraud, why do they keep conflating election integrity efforts with racism? Why cry foul when groups demand that secretaries of state simply ensure that all registered voters are alive? Why oppose measures like voter ID laws?

But something tells me that for Democrats, this isn’t about election integrity at all — which is why so many Americans seriously doubt the security of our elections in the first place. 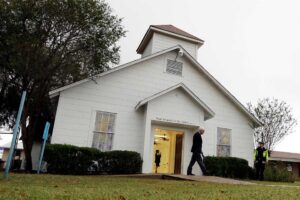 The Vote You Probably Didn’t Hear About