America Needs to Go Back to Paper Elections: Phill Kline

America needs to go back to paper ballots and processes to stamp out vulnerabilities that accompany the growing digital footprint in elections, according to Phill Kline, the head of a civil liberties project that has been challenging election results in the courts.

“America was in the counting room in Bush v. Gore—we all got to look at the ballot and decide whether it was valid,” said Kline, a former Kansas Attorney General and now head of the Amistad Project.

Kline’s comments came in his closing remarks at the launch of a report that claims Facebook Founder Mark Zuckerberg donated hundreds of dollars that were used to fund voter organizations in violation of election laws.

That report says that the organizations funded by the Facebook founder created a two-tiered system that treated voters differently depending on whether they lived in Democrat or Republican strongholds.

“Executive officials in swing states facilitated, through unique and novel contracts, the sharing of private and sensitive information about citizens within those states with private interests, some whom actively promote leftist candidates and agendas,” wrote Kline in the executive summary of the report.

‘A Thumb on the Scale’

This public-private partnership in these swing states “placed government’s thumb on the scale”, he said.

The bulk of Zuckerberg’s funds went to the Center for Tech and Civic Life (CTCL), a nonprofit started by former managers and staff at the New Organizing Institute, a progressive nonprofit.

“The provision of Zuckerberg-CTCL funds allowed these Democrat strongholds to spend roughly $47 per voter, compared to $4 to $7 per voter in traditionally Republican areas of the state,” said the report. 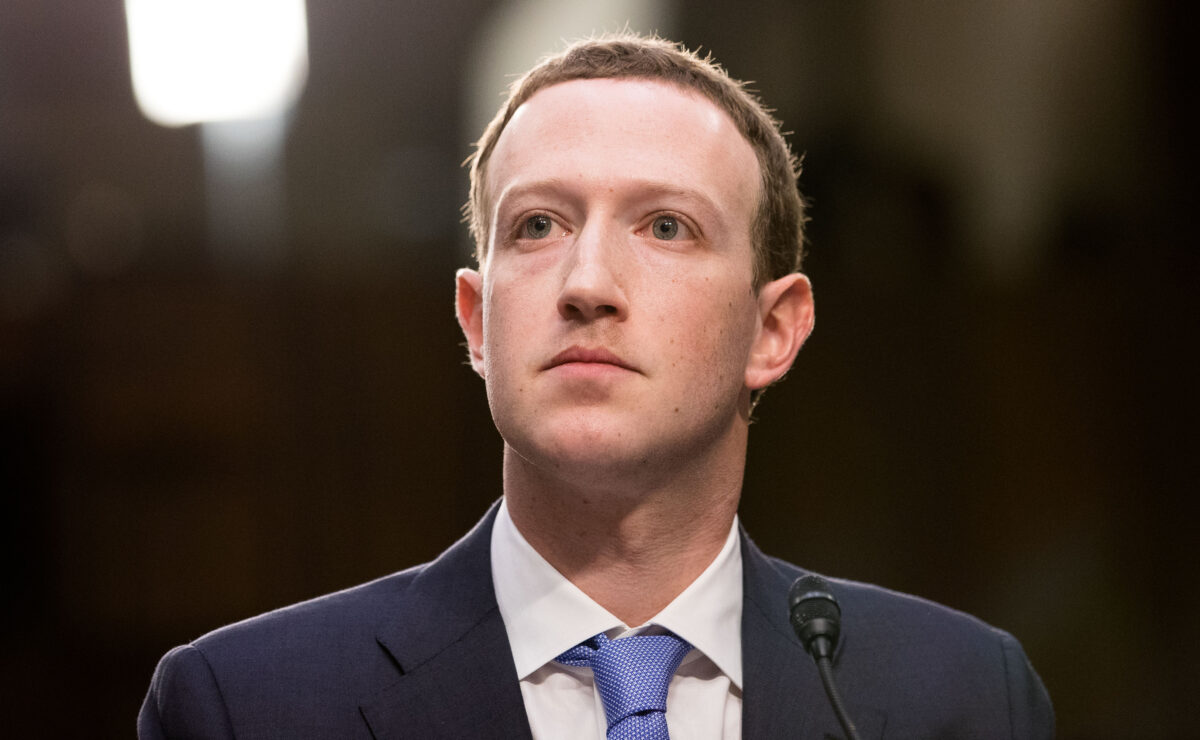 The report says the Zuckerberg funding was not needed as public funding was available, and not fully used.

In addition to explaining the influence of Zuckerberg’s donations, Kline also outlined broader concerns with the increasing reliance on digital technology in elections.

“The vulnerability of our digital footprint in elections has been known for several years,” he told the audience. “In fact, in 2016, the FBI estimated that over half of our poll books were penetrated by foreign interests. So this digital concern is real.”

“There is plenty of evidence that foreign interests are tied into our digital footprint and how we manage elections. And that needs to be discussed, and openly discussed, in this nation—whether we want to continue in that fashion,” he said. “I believe that there are significant vulnerabilities, so we should go back, quite honestly, to paper.”

Kline’s remarks suggest a concern beyond the use of digital systems in the act of voting. 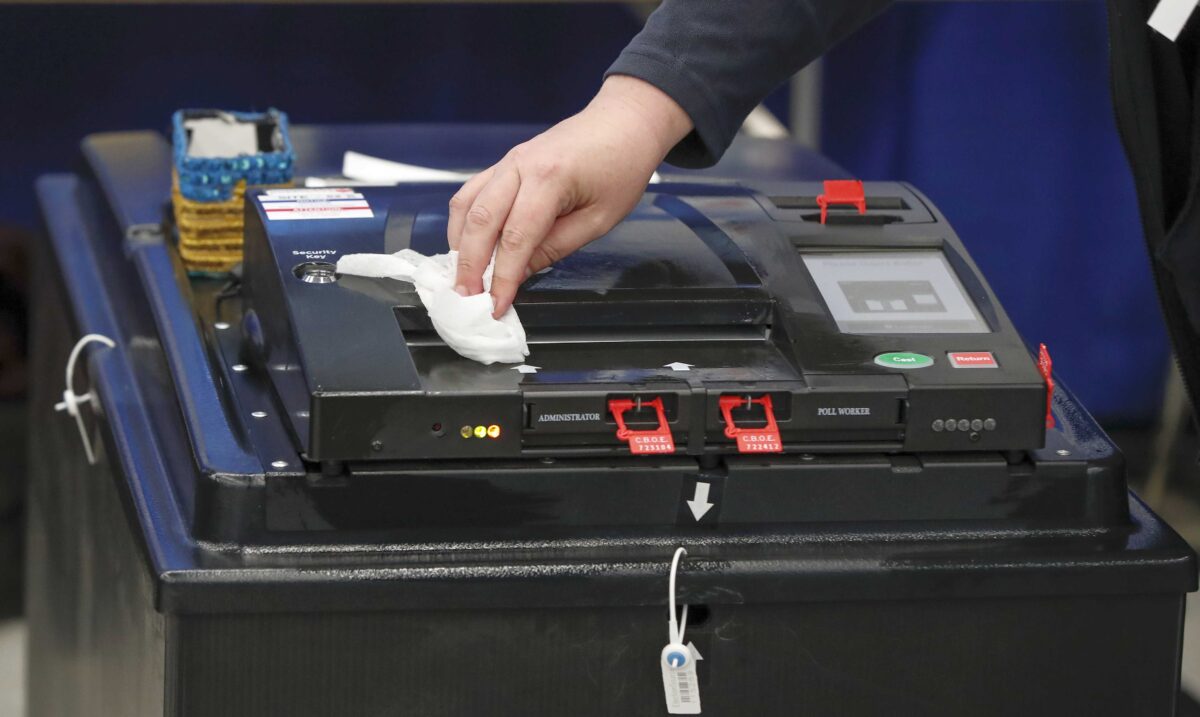 A voting machine is cleaned during the Illinois Democratic primary in Chicago, Ill., on March 17, 2020. (Kamil Krzaczynski/AFP via Getty Images)

Voting machine manufacturers say that their various products can provide a paper audit trail as per state regulations. Voting machines that directly record votes print out a paper version of the ballot.

Christopher Krebs, the former Director of the Cybersecurity and Infrastructure Security Agency in the Department of Homeland Security who was recently fired by President Donald Trump, has said that the paper audit trail had improved since the 2016 election.

He said that 82 percent of the ballots used in the 2016 presidential election had a “paper record associated with them.” In 2020, that figure increased to 95 percent, he told 60 Minutes.

In in 2017, a former head of the United Kingdom’s MI6 foreign intelligence service said that paper ballots were the most secure, and rejected the idea of allowing machines into the country’s long-standing hand-count election process.

Sir John Sawers, head of MI6 from 2009 until 2014, told the BBC that the more systems are put online, the more vulnerable they become to cyber attacks. “The only trouble is, the younger generation of people expect to be able to do things remotely and through electronic devices.”

“Bizarrely the stubby pencil and piece of paper that you put your cross on in the ballot box is actually much more secure than anything which is electronic.”