Republican voters continue to be populist on economic issues and conservative on cultural issues, analysis of the 2020 electorate reveals.

Research conducted by Navigator of more than 3,000 voters for President Trump and Democrat Joe Biden in the November 3 presidential election finds that while Republican voters remain mostly culturally conservative, they lean towards the middle of the ideological spectrum on key economic questions.

The 2020 electorate breaks Trump and Biden voters into four quadrants:

On cultural issues, the research finds that voters are almost equally divided, with 49 percent falling into the conservative column and the other 51 percent identifying as more liberal.

When it comes to economics, though, a significant portion of Republican voters are economically liberal or fall in the center on economics — supporting benefit programs like Social Security and Medicare and believing the federal government has given too much aid to the top one percent of earners and multinational corporations.

Very few voters who supported Trump in the 2020 election see themselves as libertarians, the research concludes. Biden, with also little support from self-identified libertarians, fared better with this small group than Trump.

For example, Republican voters fall on the liberal side when it comes to preserving Social Security and Medicare. When presented with the statement “the federal government has given too much of the coronavirus relief to major corporations and the wealthy,” Republican voters veer towards the ideological middle.

Even on the contentious issue of Obamacare, Republican voters fall to the conservative side, but more towards the middle than the hard right.

The research explains Trump’s ability to win the support of more than 72 million voters this year — more than any other Republican in American history — on his “America First” message that was similar to his 2016 platform, centered on economic nationalism and skepticism of globalization.

In 2016, Democracy Fund conducted a similar analysis of the electorate at the time. Their findings showed that the largest group in the electorate are those who are economically liberal, and GOP voters, as in 2020, tend to fall more in the middle on economic issues rather than being set on economic conservative ideals.

Like in 2020, a significant portion of the electorate in 2016 identified as populists. 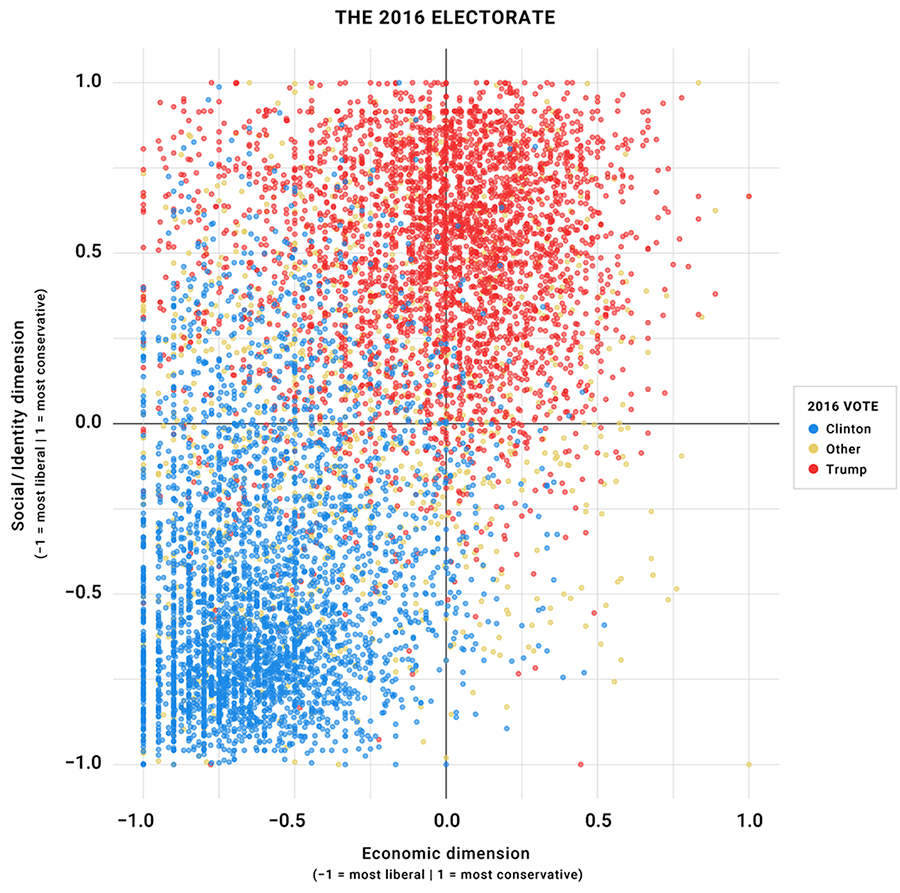 7 Dec 2020
U.S. congressman introduces 'You Must Be Alive To Vote Act'
EPIC: Ted Cruz Agrees to Argue Pennsylvania Election Case if It Gets to the Supreme Court