Apple CEO Tim Cook recently discussed the American voting system in a statement provided to Axios, saying that voting should be “easier than ever,” in the modern age. Cook has joined the chorus of corporate leaders attacking Georgia’s election law.

Axios reports that Apple CEO Tim Cook recently spoke to the publication about the U.S. voting system and has joined others in condemnation of Georgia’s new voting law.

The right to vote is fundamental in a democracy. American history is the story of expanding the right to vote to all citizens, and Black people, in particular, have had to march, struggle and even give their lives for more than a century to defend that right.

Apple believes that, thanks in part to the power of technology, it ought to be easier than ever for every eligible citizen to exercise their right to vote.

We support efforts to ensure that our democracy’s future is more hopeful and inclusive than its past.

Cook joins many other corporations in opposing the recent Georgia voting law that many have claimed contributes to voter suppression.

The bill which passed this week and was written into law strips the secretary of state of his roles as chair of the State Election Board, prevents county election offices from receiving direct grant funding, shortens Georgia’s runoff election period, and requires counties to add more staff, equipment or polling places in large precincts with long voter lines. Gov. Brian Kemp (R) said the law “cures a lot of the problems that we saw in the last election.”

GOP Rep. Barry Fleming, who chairs the House Special Committee on Election Integrity, said the law “is designed to begin to bring back the confidence of our voters back into our election system.”

Read more about the law from Breitbart here and Cook’s comments to Axios here. 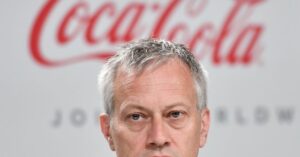 WATCH: Herschel Walker 'Getting Ready' to Run 'With the Big Dogs' in Georgia