Arizona and Montana are taking legal action (pdf) to block new Biden administration immigration regulations, saying that these would cause negative consequences for the states.

The new rules would limit the capability of ICE to detain some illegal immigrants unless they pose a threat to national security, entered through the border after Nov. 1, or committed aggravated felonies.

The Biden administration says that the rules don’t impair arresting or deporting people, but the officers in the field would need to request permission from their superiors to arrest people outside of the aforementioned cases.

“If asked about the poorest policy choice I’ve ever seen in government, this would be a strong contender,” Arizona Attorney General Mark Brnovich said in a statement. “Blindly releasing thousands of people, including convicted criminals and those who may be spreading COVID-19 into our state, is both unconscionable and a violation of federal law. This must be stopped now to avoid a dangerous humanitarian crisis for the immigrants and the people of Arizona.” 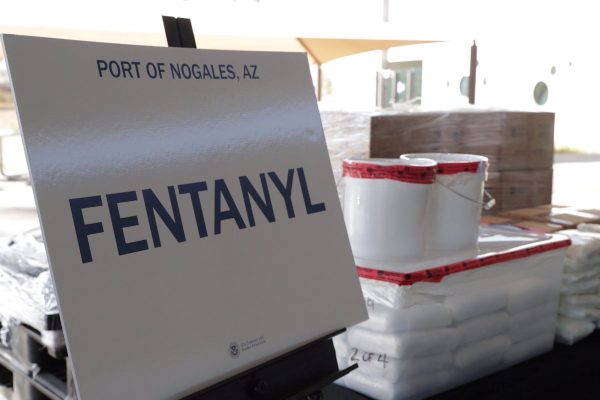 Montana Attorney General Austin Knudsen joined the Brnovich in the lawsuit. Both filed for a preliminary injunction aiming to block the regulations from going into effect.

“Meth trafficked into Montana by Mexican drug cartels has wracked our state. The problem will only be made worse if the Biden administration continues to allow criminals to stay in the country,” Knudsen stated. “Enforcing our immigration laws and helping to keep Americans safe is one of the federal government’s most important functions. The Biden administration is failing its basic responsibility to Americans.”

Last month, Chief Deputy Matthew Thomas told Townhall that the crisis at the border had begun to re-emerge at around the end of 2020 because the human and drug trafficking cartels expected President Joe Biden to have a “hands-off” attitude with regard to the border situation.

“When [Trump] took office, we saw that this area out here went completely dead. Nobody was moving, nobody was smuggling because [the cartels] knew that Trump was going to put all hands on deck out down here and that they would be intercepted so it came to a screeching halt,” Thomas said.

“It was a very slow trickle to get back to some kind of normal but it never got back to where it was,” Thomas added. 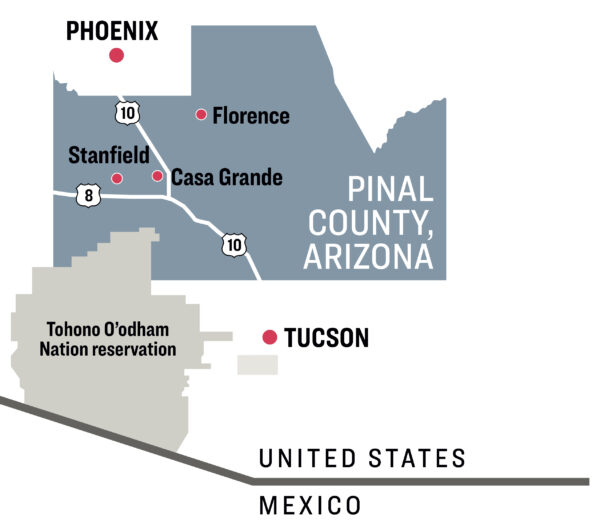 A map showing the Pinal County boundary, the U.S.–Mexico border, and the major highways in central-south Arizona. (The Epoch Times)

Thomas said that since Biden has ordered to halt the construction of the southern border wall, it has created more trouble for Pinal County since it doesn’t have physical barriers, promoting the criminals to funnel through, reaching the highway and then transporting drugs or bodies throughout the country.

He added that once the people or drugs are smuggled in, they can go anywhere inside the United States, sometimes as far as Canada.

“For us, effectively, I-8 … becomes the new border and even the cartels will tell you that’s their goal line because once they get there, they’re shooting west or they’re shooting east and then they’re on a main interstate right into downtown Phoenix … we become the kickoff point for that,” the Sheriff said.

“These people and these drugs are not coming here to Pinal County to stay. This is a transport location. This is a spot they get through to get to their final destination and they’re being sent all over the country.”

9 Mar at 12:07 pm
Arizona
Poll: 50% of Likely Voters Not Confident Joe Biden Is 'Up to the Job'
Arizona Border Chief Warns Illegal Immigration On Track To Surpass Past 3 Years Combined