Arizona’s Republican speaker of the House of Representatives said Friday that calls by members of President Donald Trump’s legal team and some GOP lawmakers to overturn the results of the presidential election are not lawful and will not happen.

Rusty Bowers said in a Dec. 4 statement that the request that the Arizona Legislature overturns the certified results of the Nov. 3 election and delivers the state’s Electoral College votes to Trump “won’t materialize.”

“The rule of law forbids us to do that,” Bowers wrote, citing Arizona law that requires the state’s electors to cast their votes for candidates that receive the most votes in the statewide election. According to the certified results, signed by election officials and Gov. Doug Ducey on Monday, Democrat Joe Biden defeated Trump by 10,457 votes in Arizona. 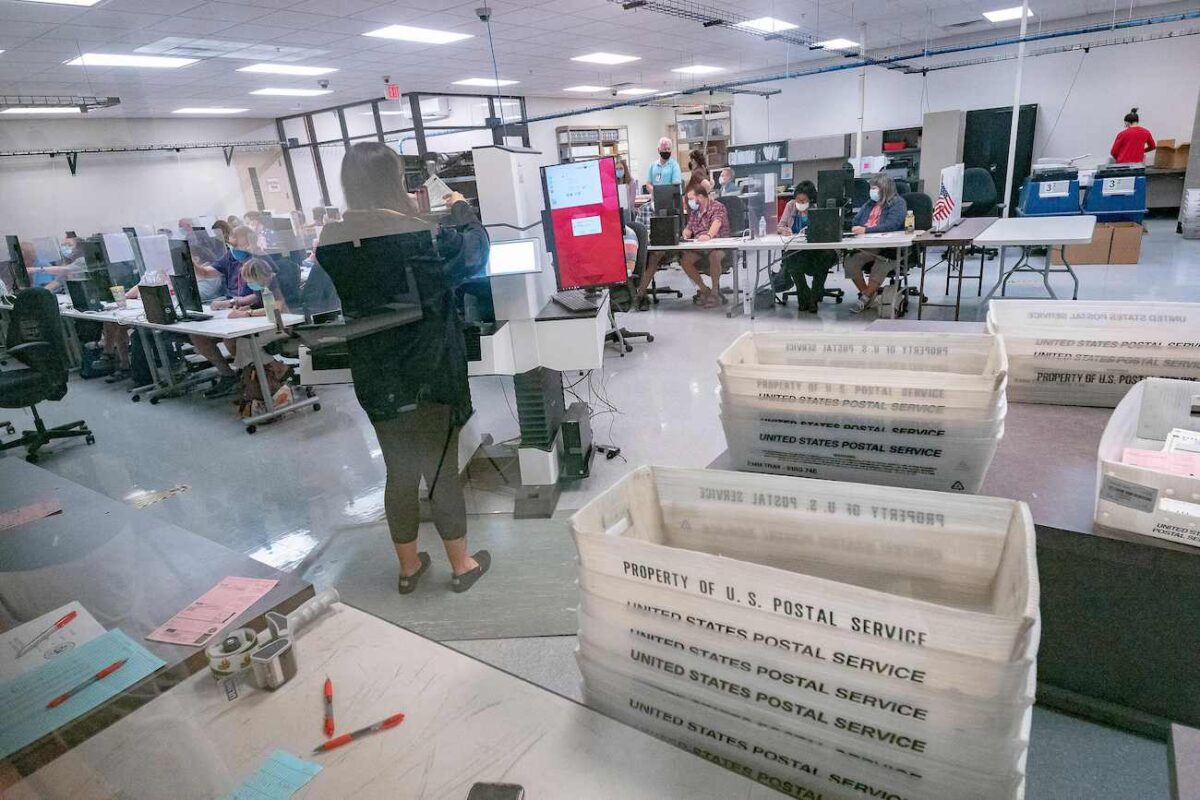 Some GOP Arizona lawmakers and members of Trump’s legal team have claimed fraud and urged the Arizona Legislature to appoint their own slate of electors.

“The Trump legal team has cited McPherson v. Blacker (1892) to claim that the legislature can ‘resume the power [to appoint electors] at any time.’ And it is true that the Arizona Legislature could alter the method of appointing electors prospectively. But it cannot undo the election of electors whom the voters already voted for,” Bowers wrote.

“Nothing in the U.S. Constitution or the decisions of the U.S. Supreme Court even suggests that the Arizona Legislature could retroactively appoint different electors,” he added.

State Rep. Kelly Townsend, who has been vocal in her support for Trump’s claims of election fraud, responded to Bowers’s statement, challenging his interpretation of the law and calling for a deeper legal analysis of the matter to “ensure the citizens of this good state are not disenfranchised by malfeasance and inaction.”

“Speaker Bowers opines about the rule of law, however he is either ignoring the Constitution or does not have a firm grasp of Article 2, Section 1 regarding the Legislature and our authority to select electors,” she wrote in a statement.

State Rep. Mark Finchem, who chaired a daylong meeting in Phoenix on Monday with Trump’s legal team, during which various claims of fraud and other irregularities were discussed, said in a tweet Friday that he believes Ducey’s certification of the results should be invalidated.

“I believe that [Ducey] signed a fraudulent document. And he knew it! I’m requesting we recall Arizona’s certification,” Finchem wrote on Twitter. In a follow-up tweet, he cited a portion of the U.S. Constitution that he claims allows the legislature to choose a state’s slate of electors. 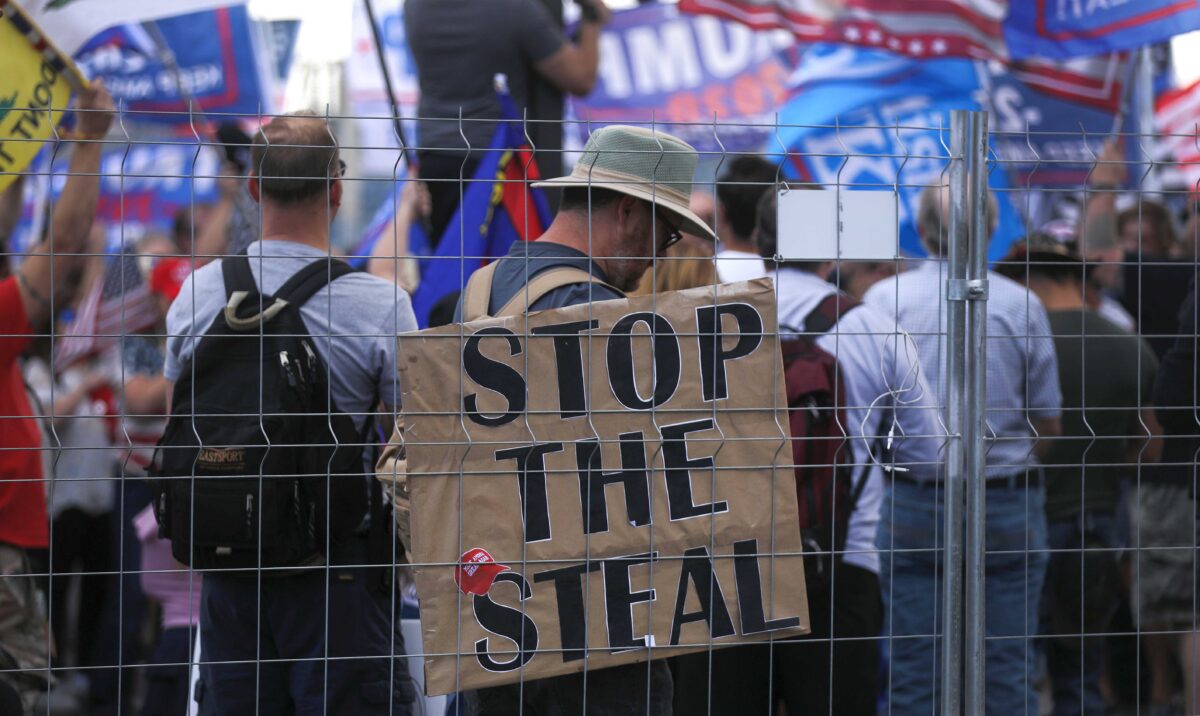 Supporters of President Donald Trump demonstrate at a ‘Stop the Steal’ rally in front of the Maricopa County Elections Department office in Phoenix, Ariz., on Nov. 7, 2020. (Mario Tama/Getty Images)

Finchem said Monday’s hearing on election integrity “shook the foundation of the elite power brokers” and called for a signature audit of all mail-in ballots in Arizona.

“The only way we can have fair and HONEST elections is to be 100% transparent in the elections process. We need signature audits on all mail-in ballots received. There is too much information showcasing fraud in the Arizona elections. ANY fraud in our elections is unacceptable,” he wrote in a tweet.

Bowers, in his statement, refuted the notion of significant fraud, writing that “the Trump team made claims that the election was tainted by fraud but presented only theories, not proof,” and cited Attorney General William Barr as saying that he, too, has “not seen fraud on a scale that could have affected a different outcome of the election.”

The speaker also insisted that any changes to the law on how Arizona chooses its electors would have to be enacted by the the legislature, which is not in session. The legislature would need support from two thirds of its members to reconvene, he said, which is an unlikely scenario as it would require the support of Democrats.

Bowers, in a separate statement, threw his support behind an audit of the voting machines in Maricopa County to allay concerns of tampering.

State House Majority Leader Warren Petersen, a Republican, said in a statement: “Especially concerning are the allegations made surrounding the vendor Dominion. It is imperative that the county immediately do a forensic audit on the Dominion software and equipment to make sure the results were accurate.”

Dominion has repeatedly refuted claims that its software or systems were compromised or inaccurate. Trump Heads to Georgia to Rally for Loeffler, Perdue With Control of Senate Up for Grabs