Say some prayers that the most honest and qualified auditors in the US perform the audit of the 2020 election results in Arizona’s Maricopa County.

The whole point of the November 30, 2020, Public Hearing on Election Integrity was to solicit evidence and testimony concerning the potential that election fraud might have altered the results of the various contests.

A few weeks later the Arizona Senate called for a hearing specifically addressing the Maricopa County elections. At the end of that hearing, the Senate issued subpoenas for the ballot images and machines that processed the ballots. Subsequent subpoenas called for the actual ballots as well.

During the long and contentious litigation between the Senate and the Maricopa County Board of Supervisors, two important points arose, one was the legitimacy and enforceability of the Senate subpoenas. The second point, which seemed to be taken for granted in the legacy debate, was the need for a forensic audit with the process, people, and findings beyond reproach.

Thousands of emails have been sent to the AZ Legislature telling Senators and Representatives  that, “the world is watching what you do.” Arizona clearly is the epicenter of election integrity investigations.

For operational security reasons, and to make certain that the resultant findings are above reproach, one Arizona politician reports that the Senate has worked very hard to construct a team that will be able to do their work and withstand the inevitable assaults upon the work product of the audit team.

It appears it is the intention of the Senate to have every mail-in ballot from Maricopa County examined. What the team will look at will be defined by the audit team, and the manner in which the ballots will be analyzed is up to them.

But ballots will not be the only factor examined. Questions about electronic access, reallocation, and reassignment persist. Such questions can only be put to rest with an examination of the software that operates the tabulation system to prove or refute such a movement of votes from one candidate to another as was done in Antrim County, Michigan.

The Gateway Pundit has recommended the Arizona Senate employ inventor Jovan Pulitzer to audit the Maricopa County ballots.   Pulitzer has since been under massive attack by the left and perhaps others who wish for someone else to perform the Maricopa County audit.  It’s difficult for many to look past these false accusations by the left against Pulitzer.  One thing is for sure, the far-left and those who oversaw the 2020 election in Maricopa are scared to death of Pulitzer because if he can do what he claims, he will uncover fraudulent ballots in the state’s most populous county.

The priorities in this political battle are clear; free and fair elections depend on transparency, and the restoration of public confidence in the electoral process depends on a forensic audit, and the people engaged in it, that is beyond reproach.

General Mike Flynn shared with us what most Americans want:

If Maricopa County wants to regain the confidence of the people in Maricopa County Arizona, and help the rest of the country regain their trust in the voting system, they will ensure the best audit possible takes place in the state.  If Maricopa County does the right thing, they will do a full forensic audit of all 2.1 million ballots. If they don’t they are doing a disservice to the citizens of Maricopa, Arizona and this country, and frankly the entire world is watching Maricopa County.

The audit of the 2020 election results in Maricopa County is potentially the greatest audit to be performed in US history.  Let’s hope the Arizona Senate chooses the best auditors who in turn perform the most comprehensive and transparent audit possible.  Americans want the truth. 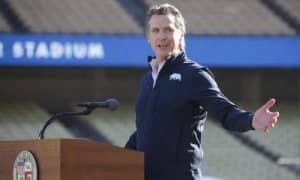