Arizona State Senator Wendy Rogers laid some smack on Bret Baier who fraudulently declared the election results in Arizona before the polls were even closed.

There was fraud and it will be proven, but the media was in on the steal and they still are today.

In the past, she labeled Bret Baier fake news and demanded a recall of Arizona’s fraudulent electors.

On November 3, 2020, Bret Baier proclaimed that Biden has won Arizona long before the polls had even closed, sending many — still in line — home thinking there’s no longer a point in casting a ballot. A large majority of election day voters were Trump supporters.

On Thursday, Senator Rogers railed on him again saying that the tragedy in Afghanistan is partially on him for selling out his country.

.@BretBaier is acting upset about the tragedy in Afghanistan when he is the one who called Arizona early for Biden incorrectly. This is on you BRET!!!

Greg Kelly also shared a tweet, calling out Fox News’ Chris Wallace who moderated the debate but it really looked like he was moderating President Trump.

They PROTECTED BIDEN when it would have been so EASY to reveal the TRUTH about him. pic.twitter.com/UB65DFL21x

Everything, not just a few things but everything that was true about Biden wasn’t only swept under the rug or ignored. It was denied, it was censored, it was labeled conspiracy theories.

Former Obama Ethics Chief On Hunter Biden’s “Art” Scheme: “Can you find anyone other than the president’s son, who showed up on the scene selling art for the price of a house and a half?” [VIDEO]

While President Trump was shattering records and bringing America back, the fake news media did everything in their power to discredit him and tarnish his name. They hate President Trump because he has an agenda, and that agenda is America First.

The fake news media used to call President Trump an embarrassment to America, and many Americans actually believed it.

This is what we have now.

This media and their leftwing allies also called us conspiracy theorists when we said Kamala would be President once they yank Biden out due to his mental health. What’s the difference between a conspiracy theory and a conspiracy fact? 6 months.

Congressmen Call on Biden to Resign, Stefanik Says Biden “Unfit to be Commander-in-Chief”

Joe Biden can’t even have a conversation or finish a sentence, let alone command the World’s greatest military force.

The media knew he couldn’t too. 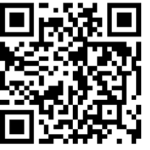