Attorney General William Barr said in an interview published Friday that he has no regrets over not letting the public know before the election that Democratic presidential nominee Joe Biden’s son was under investigation.

Barr told The Wall Street Journal that a Department of Justice (DOJ) rule against publicly confirming probes that involve candidates for office is “not absolute” and that he could think of scenarios in which the government has “decisive evidence of a serious crime against a candidate.”

Absent such decisive evidence, though, Barr said, there’s “damn good reason for the rule,” which protects candidates and people in their orbits from the government.

“Think about the power it would give the federal bureaucracy,” Barr said. “The standard for investigating someone is low. So just gin up an investigation, make it public, affect every election.”

Barr, in expressing no regrets, tacitly expressed for the first time that he knew Hunter Biden was under investigation by federal authorities before Nov. 3 but didn’t let the public know.

Joe Biden’s team released a statement from the younger Biden last week, in which Hunter Biden acknowledged he was being investigated.

“I learned yesterday for the first time that the U.S. Attorney’s Office in Delaware advised my legal counsel, also yesterday, that they are investigating my tax affairs,” Hunter Biden said in a statement. “I take this matter very seriously but I am confident that a professional and objective review of these matters will demonstrate that I handled my affairs legally and appropriately, including with the benefit of professional tax advisers.” 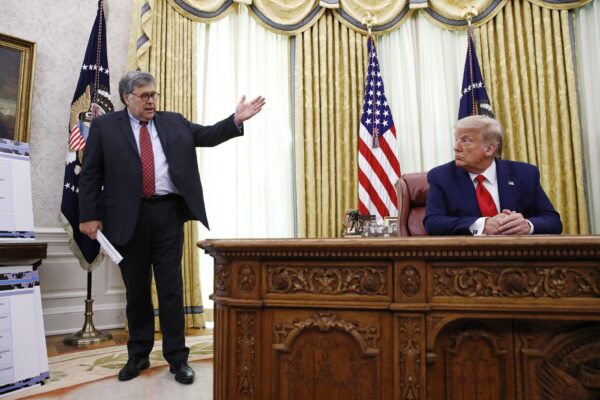 Attorney General William Barr (L) speaks with President Donald Trump during briefing in the Oval Office of the White House in Washington in a file photo. (Patrick Semansky/AP Photo) 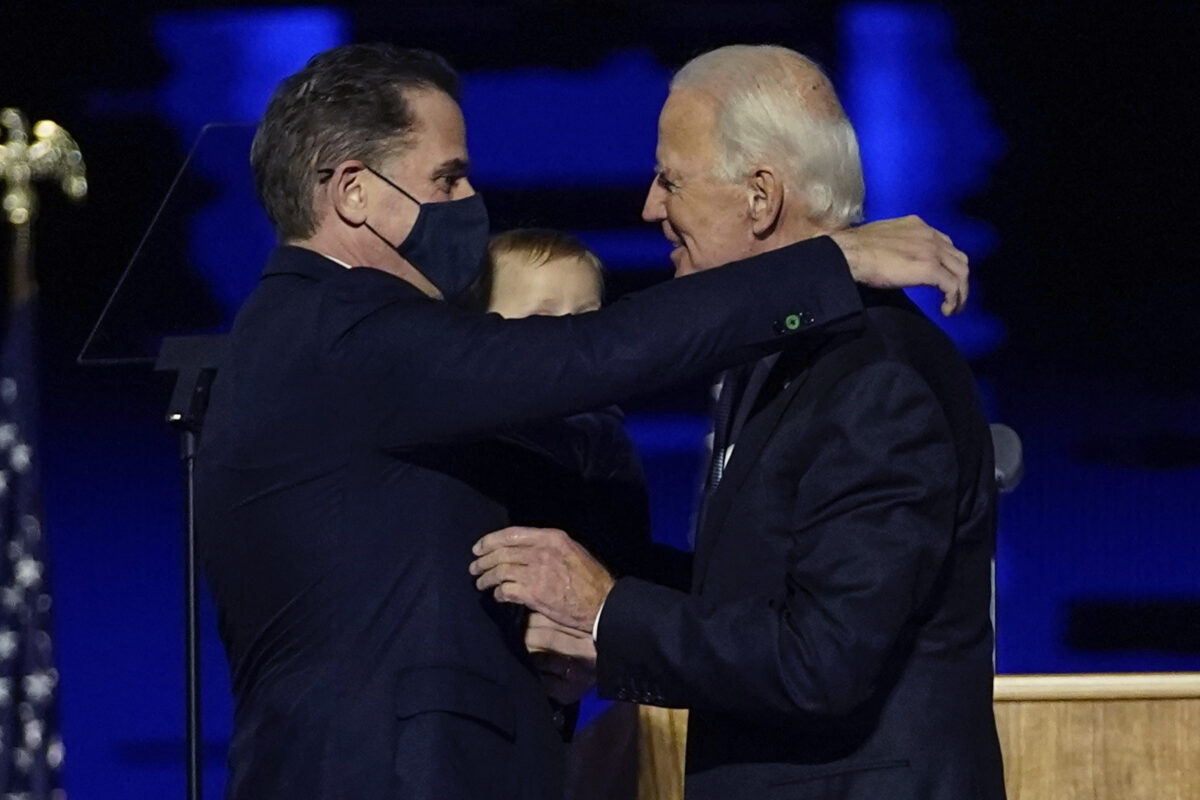 His father has said he believes his son did nothing wrong and has confidence in him.

“Why didn’t Bill Barr reveal the truth to the public, before the Election, about Hunter Biden. Joe was lying on the debate stage that nothing was wrong, or going on,” Trump wrote in one tweet.

In an interview with Fox News, Trump added: “Joe Biden lied on the debate stage. He said ‘there’s nothing happening, nothing happening,’ and Bill Barr should have stepped up. Say what you want about Robert Mueller, when [a news outlet] put out a phony article … Bob Mueller stepped out and he said that article was a phony and then there was ultimately proven there was no collusion. Bill Barr should have done the same thing.”

Mueller, who was appointed a special counsel to investigate Trump’s alleged links to Russia, on multiple occasions during the investigation responded strongly to assertions made in various reports.

“BuzzFeed’s description of specific statements to the special counsel’s office, and characterization of documents and testimony obtained by this office, regarding Michael Cohen’s Congressional testimony are not accurate,” Peter Carr, a spokesman for Mueller’s office, said in a statement in January.

Buzzfeed had claimed Trump had directed his former lawyer Michael Cohen to lie to Congress about the timing of talks for a Trump Tower project in Moscow. The Mueller team’s final report showed the story was false.

Jack Phillips and Melanie Sun contributed to this report.