Kyle Rittenhouse, the Kenosha teen accused of murder after he defended himself from rioters during a Black Lives Matter riot last year, took the stand today and began openly crying and hyperventilating as he recounted details from that day.

In a surprise, Kyle Rittenhouse took the stand this morning at this trial. His defense attorney asked him to recount details of the shooting, and the teen struggled to recount them as he choked back tears.

The attorney asked, “Were you able to go in that northerly direction?” Rittenhouse responded that he was not.

“Once I take that step back, I look over my shoulder, and Mr. Rosenbaum was now running from my right side, um, and I was cornered from in front of me with Mr. Ziminsky, and there were,” said Rittenhouse, beginning to choke back tears.

BREAKING: Kyle Rittenhouse breaks down crying after he takes the stand and recounts details of the shootings pic.twitter.com/fbPFlpApP2

“Then, when I,” said Rittenhouse, “That’s where I run,” he added, before sobbing and hyperventilating uncontrollably.

At this point the judge ordered a recess: “You can just relax for a minute sir, we’re going to take a break, about 10 minutes, and please don’t talk about the case.”

The camera was then switched to to Rittenhouse’s family who, who were crying and comforting themselves as Rittenhouse retold the details of that night.

This is a breaking news story and may be updated with additional details. 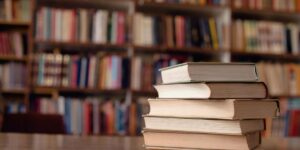 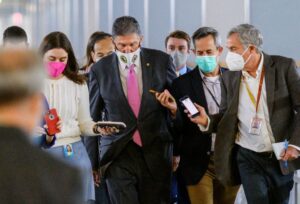