In a move to secure the vote of anti-police and anti-fossil fuel Californians the Democrat state party decided on Sunday it would no longer accept campaign contributions from some fossil fuel entities and some law enforcement.

“The California Democratic Party has taken an important step forward to more clearly fund our important work in line with our democratic values,” state party chair Rusty Hicks said in a statement after the executive board voted. “We now turn our full attention to engaging 10 million California Democrats to protect our democracy and build a California that works for all of us.”

The party’s board, which met and voted virtually, agreed 192-48 for the changes.

The San Francisco Chronicle reported on the vote, which it said “sent mixed signals to racial justice and environmental activists.”

While the move sends a strong message, the party has “made a political calculation that they’re going to gain more votes than they would lose as a result of taking money from these places,” said Jessica Levinson, a professor of law at Loyola University in Los Angeles. Democrats hold a vise-grip on political power in California, controlling all statewide offices and comprising a supermajority in the Legislature.

However, the party’s leadership was split, with some saying the steps taken were not enough to show the party was willing to give up big money even from sources that are in conflict with the party’s core ideals on climate policy and racial justice. One of the state’s party’s vice chairs, controller Betty Yee, supported the changes as “a balanced, comprehensive approach.” 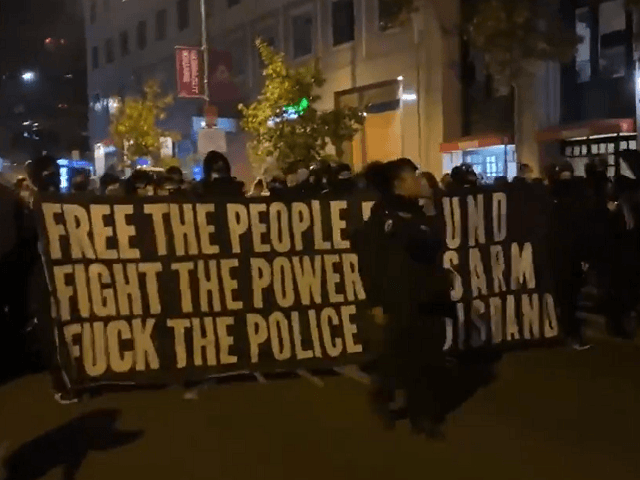 And for some leftist Democrats such as R.L. Miller, a member of the Democratic National Committee and a cofounder of Climate Hawks Vote, it doesn’t go far enough because while it will refuse money from Pacific Gas and Electric and Sempra, a natural gas and electric corporation, it will still take campaign donations from Southern California Edison (SCE).

“It’s an absolute joke,” said Miller, citing that SCE uses fracking technologies that she and other activists oppose because of so-called climate change, but that is responsible for U.S. energy independence under President Donald Trump.

The reason for that divergence, according to a report prepared for executive board members Sunday, is that Southern California Edison “only provides electricity services to customers” and provides “no gas services,” unlike the other two utilities, according to portions of the party’s report obtained by The Chronicle.

As far as contributions from law enforcement, Democrats want to support police unions but not the men and women who put their lives on the line daily to protect public safety. The party will consider donations from those unions comprised of “police officers and/or deputy sheriffs on a case-by-case basis.”

The party’s five top officers would make those case-by-case decision.

“The party’s decision showed that on law enforcement contributions, it was struggling with what it views as two different constituencies — people of color and organized labor,” the Chronicle reported.

But Professor Levinson said taking this stance won’t work in states where Democrats do not dominate the state’s government.

“There’s the saying, ‘As goes California, so goes the nation,’” Levinson said. “But there are a lot of Democrats in much more competitive states where I don’t think they can afford to say, ‘I’m swearing off money, period.’ Or ‘I’m swearing off any type of money.’”