Censorship Is the Last Gasp of the Liberal Class 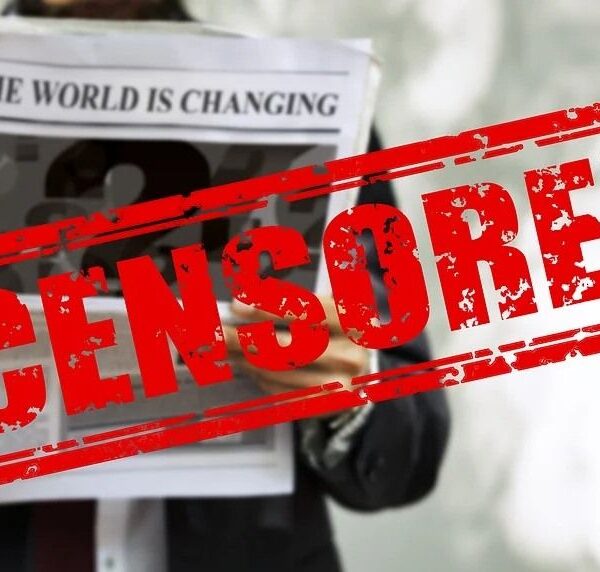 On November 8, 2021, Twitter locked my account for a period of one day for responding to corporate media darling and Russiagate fanatic Keith Olbermann’s slanderous reply to journalist Wyatt Reed’s coverage of the Nicaraguan election. The flagged tweet simply restated Olbermann’s question, replacing “whore for a dictator” with “whoring for the American oligarchy.” Twitter demanded that I delete the tweet or send a time-consuming, lengthy appeal with no assurances as to if or when my sentence in “Twitter jail” would end. This prompted me to delete the tweet and wait for the 12-hour suspension to end. Keith Olbermann’s account went unscathed.

This isn’t Olbermann’s first go-round with censorship. Last July, Olbermann called progressive comedian and YouTube host Jimmy Dore a “feral succubus” and demanded Twitter “and other platforms” promptly ban him. Olbermann has justified censorship over the past several years as a necessary response to the thoroughly debunked allegation that Russia “meddled” in the 2016 election in favor of Donald Trump. He has publicly acknowledged his support for censorship as a righteous crusade to ban from platforms people who seek to “tear this country apart.”

Olbermann claims that his censorship crusade is exclusively directed at the right wing. Yet the sports analyst and corporate-media pundit is no friend to progressive or left-wing politics. The U.S. continues to lurch further to the right politically precisely because of elite-driven conspiracies such as Russiagate. Olbermann’s belief that “everything” about the Trump administration is connected to Russia has only further distracted from the progressive politics required to counter the destructive policies of the D.C. duopoly. Olbermann’s obsession with Russia is also racist in character, as evidenced by the admission that he feels immense shame living “with the stain of Russian heritage” in his family.

Hilary Clinton’s loss to Donald Trump in 2016 unveiled a deepening crisis of legitimacy for the American Empire that the ruling elite has desperately tried to conceal. Liberal class elites such as Olbermann have embraced censorship under the guise of Russiagate. The consequences have been devastating. The Democratic Party and corporate media have fully backed Julian Assange’s extradition and a host of other measures that have tightened the grip of corporate power over the media. Independent journalists have been demonetized or removed from YouTube, shadow-banned from Twitter, and suppressed in the algorithm on Google and YouTube’s search engines.

Silencing independent media serves a militarist agenda. International media outlets critical of U.S. wars, such as RT and CGTN, have faced intensifying repression within the U.S. and its allied nations in the West. RT and CGTN have been forced to register with the Department of Justice under the Foreign Agents Registration Act (FARA). Iran-based PressTV had its domain seized by the U.S. government in June 2021 after being removed from Facebook six months earlier. YouTube, Twitter, and Facebook have labeled all three outlets “state-affiliated media.” The BBC and CIA-linked outlets such as Radio Free Asia have yet to receive the same treatment.

The message is clear: media outlets from countries targeted as U.S. adversaries such as China, Russia, and Iran are worthy of censorship while U.S. outlets promoting propaganda against said countries are safe for consumption. The same could be said about Nicaragua, a nation that has received countless attacks from the United States in the form of economic sanctions and information warfare. In the week prior to Twitter’s locking of my account, hundreds of Facebook users supportive of the popular FSLN government in Nicaragua were removed from the platform in the lead-up to the presidential election in that country. This includes Canadian physician Timothy Bood, whose account was suspended for commenting on U.S. interference in the Nicaraguan election. U.K.-based Morning Star journalist Steve Sweeney was detained for three days in Mexico on his way to observe the Nicaraguan elections.

Censorship is the last gasp of liberal class elites who find themselves rapidly losing grip over the political narrative. In the midst of growing economic inequality and endless war, the liberal class has chosen information warfare as its principal tool for maintaining the consent of the governed. Social media and streaming platforms are not public utilities and have thus been directed as weapons of information warfare against the people. Government agencies and military contractors have secured thousands of contracts with big tech corporations to increase their spying powers and influence over the media. It should come as no surprise that alternatives to the existing order have been marked as necessary for removal from public visibility as a means of self-preservation for a self-interested ruling elite.

While elements of the so-called “rightwing” have been caught in the web of censorship, it is clear that the Left is the principal target. Right-wing politics and pundits continue to enjoy growth while outlets such as MintPress News and Black Agenda Report struggle to expand audiences within a suffocating environment of censorship. Truthful, honest, and independent journalism and analysis is anathema to a social order that has little else to offer humanity but endless war and austerity. The last gasp of the liberal class seeking to protect this social order is the suppression of the truth — the first commitment of anyone who claims to stand for peace and justice. 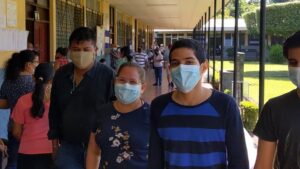 Debunking Myths About Nicaragua’s 2021 Elections, Under Attack by USA/EU/OAS