Cher has launched another social media freakout, claiming Republicans want to win by “white dominance,” while also predicting Donald Trump will “kill” America unless Democrats prevail in next year’s midterms.

In a tweet Saturday, Cher revealed that the Sam Cooke song “A Change is Coming” triggered her latest meltdown. She wondered what Cooke would think about a third of all Americans “ripping freedom” from black, brown, old, and poor people.

“GOP know they can’t win democratic way so they’ll do it by white dominance,” the Oscar-winning Moonstruck star wrote. “Instead of ideas, they have hate.”

In her tweet, she included photos of Capitol Hill rioters from January 6 with the caption, “This is what treason looks like.”

LISTENING 2 SAM COOK’S “A CHANGE IS GONNA COME”,& 😭. WONDER WHAT HE’D THINK ABOUT 1/3 OF🇺🇸RIPPING FREEDOM FROM
BLK,BROWN,OLD,POOR.
GOP KNOW THEY CANT WIN DEMOCRATIC WAY SO THEY’LL DO IT BY WHITE DOMINANCE”‼️INSTEAD OF IDEAS THEY
HAVE HATE.trump WILL KILL🇺🇸IF WE DONT VOTE
IN’22 pic.twitter.com/W11sDsdtug

Cher then made a plea for Democrats to turnout in next year’s midterm elections, claimed that Trump “will kill” the U.S. unless Democrats prevail.

Singer Cher performs at the “Dance on the Pier” as part of Pride events Sunday, Jun. 30, 2012 in New York. (Carlo Allegri/Invision/AP Images) 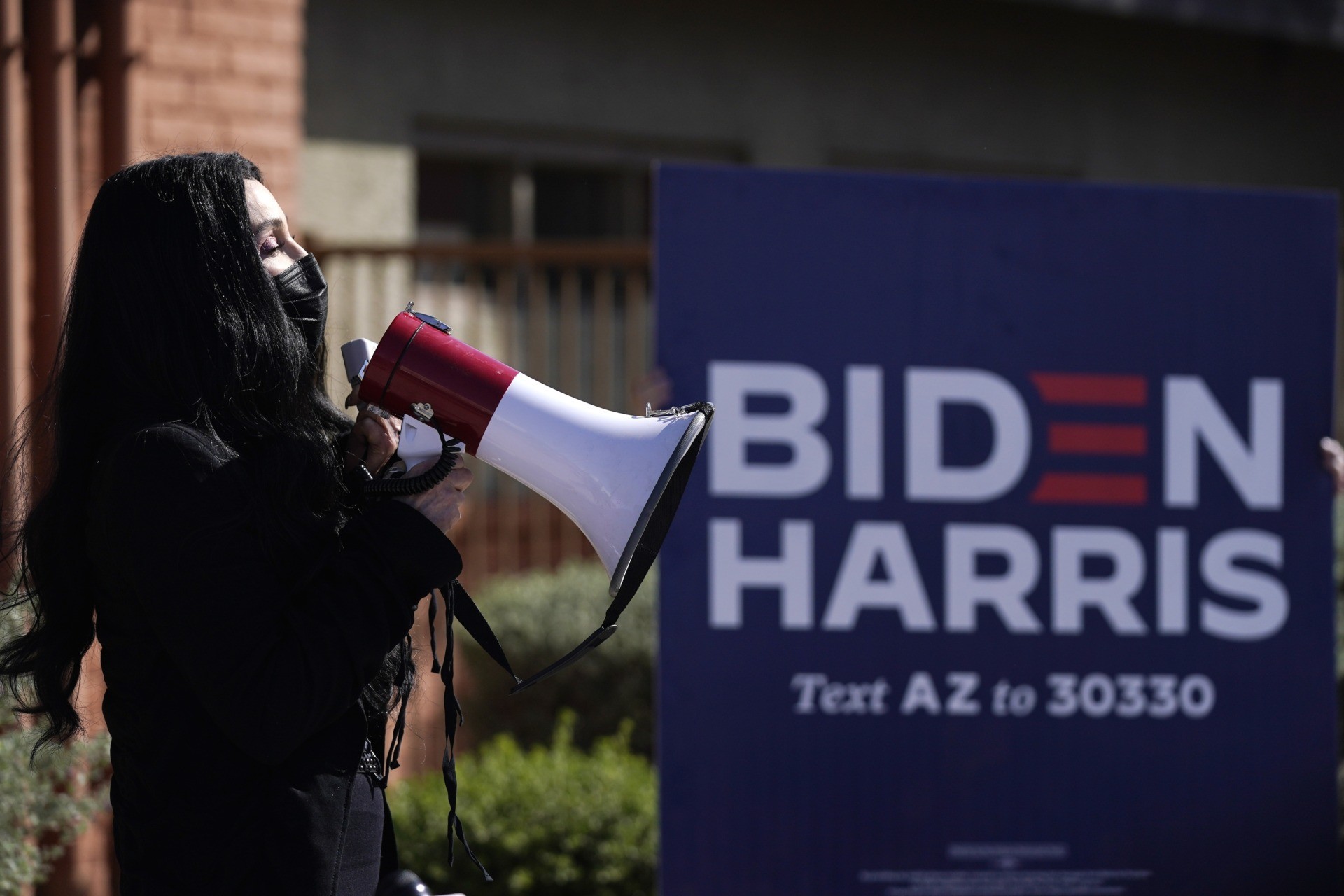 Her latest freakout comes after Cher called the U.S. a “racist” country due to new voter integrity laws being passed in various states.

Cher has repeatedly lashed out at Republican lawmakers, calling them “evil,” “soulless,” and “bigots.” During an appearance last month on MSNBC’s “Deadline,” the singer-actress said every time former President Trump did “something,” she got “angry” and “sick.”

Alberta Folds: 99.7% Of Canadians To Be Under Vaccine Passport; Freedoms Hinge On A Bernier Election Win