Georgia’s Coffee County sent out a letter last week saying they couldn’t certify its results after a second recount, although the Georgia secretary of state’s office re-certified the results several days later.

“Any system, financial, voting, or otherwise, that is not repeatable nor dependable should not be used,” Coffee County Board of Election officials wrote in the letter to Secretary of State Brad Raffensberger. “To demand certification of patently inaccurate results neither serves the objective of the electoral system nor satisfies the legal obligation to certify the electronic recount.”

As a result, they said in the Dec. 4 letter, the “Coffee County Board of Elections and Registration cannot certify the electronic recount numbers given its inability to repeatably duplicate creditable election results.”

According to a report from 11 Alive on Dec. 8, the county appeared to re-certify the results of the presidential election. “Coffee County, the last county lagging over the weekend, came online Monday and Joe Biden’s winning margin appeared to be finalized at 11,779.”

The Epoch Times has reached out to the Georgia secretary of state’s office and Coffee County for comment. The letter was obtained by local news outlet WALB on Tuesday. The Epoch Times also obtained a copy of it.

Coffee County elections officials also provided Raffensperger’s office with a document that allegedly “illuminates that the electronic recount lacks credibility.” They emphatically asserted that no election board can “reconcile the anomalies reflected in the attached.”

“Accordingly,” the official said, “the Coffee County Board of Elections and Registration have voted to certify the votes cast in the election night report. The election night numbers are reflected in the official certification of results submitted by our office.” The letter was signed by the chairwoman of the Coffee County Elections and Registration, Ernestine Thomas-Clark.

On Dec. 7, Raffensberger announced his office had recertified the results of the Nov. 3 presidential election.

“Today is an important day for election integrity in Georgia and across the country,” said Raffensperger, adding, “Georgians can now move forward knowing that their votes, and only their legal votes, were counted accurately, fairly, and reliably.”

Raffensberger, in the statement, praised the way he and his office handled the election. 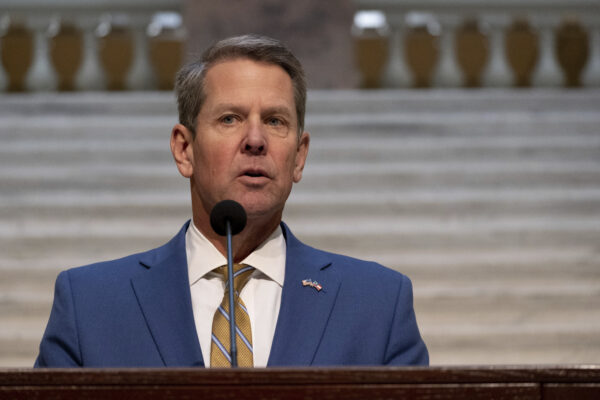 “Georgia is recognized as a national leader in elections. It was the first state in the country to implement the trifecta of automatic voter registration, at least 16 days of early voting (which has been called the “gold standard”), and no-excuse absentee voting. Georgia continues to set records for voter turnout and election participation, seeing the largest increase in average turnout of any other state in the 2018 midterm election and record turnout in 2020, with over 1.3 million absentee by mail voters and over 3.6 million in-person voters utilizing Georgia’s new, secure, paper ballot voting system,” he said.

“Raffensperger is more interested in covering up his gross incompetence than securing the integrity of our elections,” Hice wrote on Twitter on Wednesday. And in an interview, Hice called on Georgia Gov. Brian Kemp to “put pressure” on Raffensberger to take action on allegations of election fraud.

Hice made note of the surveillance footage obtained from the State Farm Arena in Atlanta on the night of Nov. 3, which appears to show containers of ballots being wheeled out from under a table after poll observers and other workers were told to leave for the night. Officials with the secretary of state’s office have said the video shows nothing unusual, although Shafer and others say that election officials have not provided answers to key questions about not only the containers, but why vote counting continued into the early morning hours on Nov. 4.