Two conservative groups, Susan B. Anthony List (SBA List) and American Principles Project (APP), announced on Tuesday in a joint statement that they will start a new election transparency initiative to be led by Ken Cuccinelli, former deputy secretary of the Department of Homeland Security under the Trump administration.

“I’m proud to join SBA List and APP to act quickly to defeat the efforts of Democrats in Washington to federalize election laws through H.R.1 while simultaneously going on offense at the state level to rally the grassroots around meaningful reforms,” Cuccinelli said in the statement.

Cuccinelli joined the Heritage Foundation on Feb. 1. He was Virginia’s Attorney General from 2010 to 2014.

Enactment of H.R.1, the “For the People Act of 2021,” would institutionalize on a nationwide basis controversial registration and voting procedures that were hastily enacted in six contested states in 2020.

The most notable provisions of H.R.1 include nationwide online voter registration with minimal verification requirements; same-day registration; automatic voter registration unless an individual specifically requests not to be registered; legalization of ballot harvesting, and making it illegal to disclose how an individual responded when asked if they are a U.S. citizen when registering to vote.

“SBA List’s ability to win elections for pro-life candidates is predicated on a transparent, fair elections process,” said Marjorie Dannenfelser, president of SBA List. “The integrity of our electoral system was severely compromised in 2020 when pro-abortion Democrats–utilizing the COVID-19 pandemic as an excuse–weakened state laws that ensure free and fair elections.”

“While we vigorously oppose efforts to federalize election laws through bills such as H.R.1, we must also rally activists in battleground states to ensure pro-abortion Democrats cannot make their control of government permanent,” Dannenfelser added.

SBA List is a pro-life organization with a mission to end abortion by electing pro-life national leaders and advocating for laws that save lives. 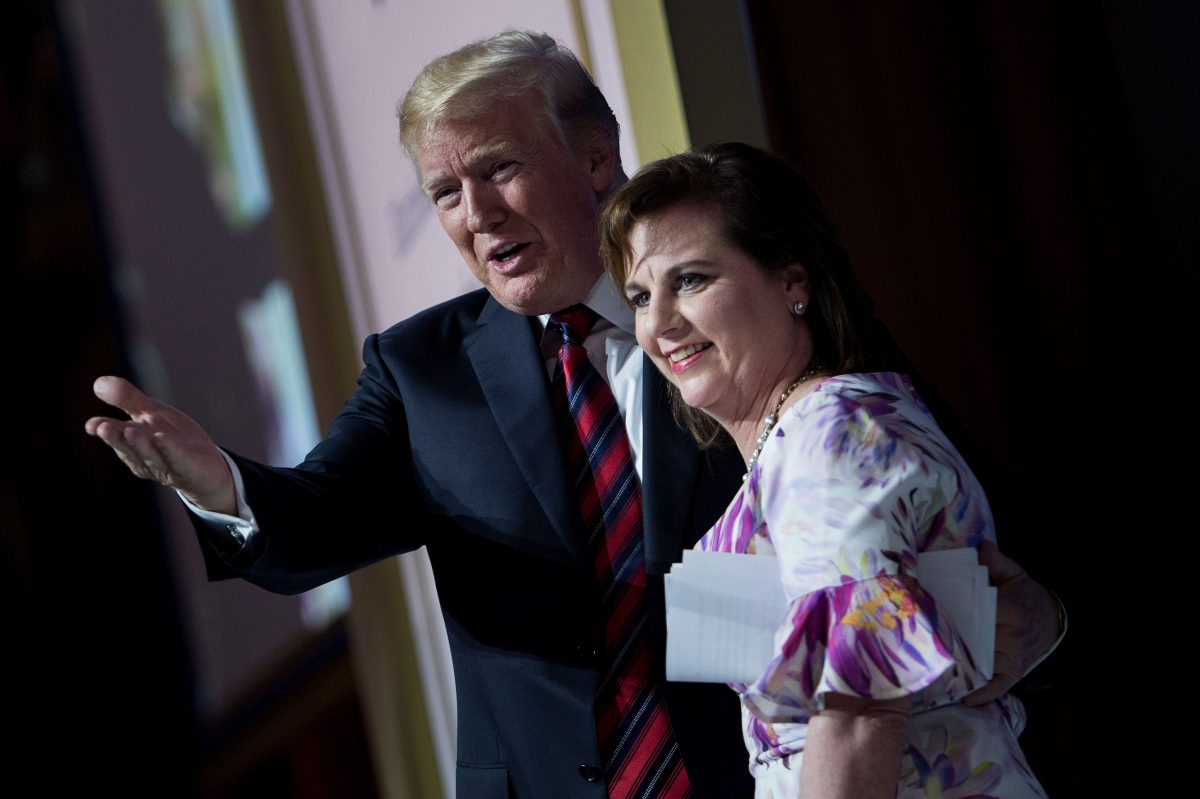 US President Donald Trump (L) and Marjorie Dannenfelser, president of Susan B. Anthony List, talk during the Susan B. Anthony List 11th Annual Campaign for Life Gala at the National Building Museum in Washington, DC, on May 22, 2018. (Brendan Smialowski/AFP/Getty Images)

The joint statement indicated that one of the initiative’s priorities would be to oppose H.R.1 and defend filibuster and current Senate reconciliation rules to prevent Democrats’ agenda of passing H.R.1 and packing the Supreme Court.

Simultaneously, the initiative will mobilize grassroots in key Senate battlegrounds—especially West Virginia, Arizona, and Montana, where senators have indicated they oppose the removal of the filibuster—and push for state-based reform laws, primarily in swing states in 2020 and with a GOP-controlled legislature.

“The coalition we form will not only include national and state pro-life groups but will extend to the broader conservative and Republican-aligned groups, many of which are focused on defeating H.R.1,” added Terry Schilling, President and Executive Director of APP. The APP calls itself “America’s top defender of the family.”

Initial funding of the initiative will be $5 million, RealClearPolitics reported.

Mark Tapscott contributed to this report.