The Conservative party is set to sweep to a stonking victory in the upcoming by-election in the Labour stronghold of Hartlepool, according to a shock poll released on Tuesday.

A survey conducted by the polling firm Survation for ITV’s Good Morning Britain has shown that the Tory candidate in Hartlepool, Jill Mortimer, has jumped to a 50 to 33 lead over Labour party candidate Paul Williams in Thursday’s by-election.

Labour has controlled the seat for some 47 years, however, the seat has become increasingly contested since ‘Prince of Darkness’ Peter Mandleson vacated the seat to become a European Commissioner in 2004. In the 2015 election UKIP came second place to Labour, missing out by just 3,000 votes.

In a personal boon for Prime Minister Boris Johnson — who has recently been embroiled in a media furore over Downing Street scandals — a separate poll conducted by the firm found that 51 per cent of the Hartlepool electorate had a positive view of him compared to 28 per cent unfavourable.

In contrast, only 20 per cent of Hartlepool voters surveyed had a favourable opinion of Labour leader Sir Keir Starmer.

The polls could be taken with a grain of salt, as they sampled only half of the typical number of people in a survey of this kind, however, the fact that Prime Minister Boris Johnson appeared in Hartlepool for a campaign event on Monday, signals confidence within the Conservative party on their chances of picking up the seat.

According to Damian Lyons Lowe of Survation, the Tories have apparently been able to take the “lion’s share” of the voters who voted for the Brexit party in 2019. Lowe said that 77 per cent of people polled who had voted Brexit Party in 2019 are intending on voting Conservative, compared to just five per cent for Labour.

Responding to the dire poll results, Labour leader Sir Keir Starmer told Sky News on Tuesday that the party has “a mountain to climb” following their “devastating” defeat in the 2019 general election.

“There’s no getting away from the fact we lost the last general election in December 2019 very badly – the worst loss we’ve had since 1935,” he said.

“My job as leader of the Labour Party is to rebuild our party, reconnect with the public, rebuild trust – that will take time,” Starmer added.

The election on Thursday will be the first electoral test for the Labour leader, who has attempted to bring the party back to a more centrist position since the fall of former socialist leader Jeremy Corbyn.

Separate polling conducted by YouGov has found that Labour is on track to lose an estimated 59 local council seats in the upcoming election in 20 areas identified as so-called ‘Red Wall‘ councils. Overall the projections forecast that Labour could lose between 35 and 88 seats across the country. 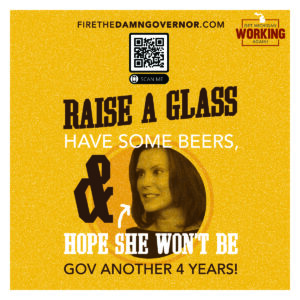