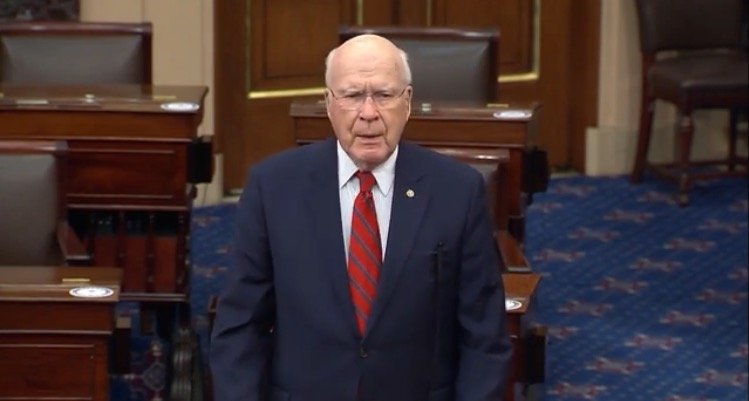 Democrat Senator Patrick Leahy of Vermont on Monday announced he will not be seeking reelection next year.

Leahy is 81 years old and has held that senate seat for EIGHT terms.

“It is time to pass the torch to the next Vermonter who will carry on this work for our great state. It’s time to come home,” Leahy said.

TRENDING: “We’re Taking Down the Biden Regime” – MUST SEE VIDEO: Steve Bannon Delivers Message to Supporters from Washington DC as He Turns Himself in at FBI Field Office

Democratic Sen. Patrick Leahy of Vermont, the longest-serving current member of the Senate, said Monday he will not seek reelection next year to the seat he has held for eight terms.

The announcement marks the end of a political era. First elected to the Senate in 1974, Leahy is the last of the so-called Watergate babies who were elected after President Richard Nixon’s resignation. During his nearly half-century in the Senate, Vermont shifted from one of the most solidly Republican states in the country to one of its most progressive.

By retiring and creating the first vacancy in Vermont’s congressional delegation since 2006, Leahy sets up a scramble to succeed him among a number of the state’s up-and-coming politicians.

Matthew Dickinson, a political science professor at Middlebury College, said a likely choice to succeed Leahy would be Democratic Rep. Peter Welch, the state’s lone member of the U.S. House of Representatives.

Dickinson said that Welch’s fundraising is going well and noted that the 74-year-old Welch has enjoyed consistently high approval ratings.

The US Constitution requires that the Chief Justice of the Supreme Court is to oversee impeachment hearings in the Senate.

Leahy, the Senate President Pro Tempore, and the longest serving Senator of the Majority party, presided over the sham impeachment trial since Chief Justice John Roberts opted out.

Leahy was rushed to the hospital earlier this year after presiding over the opening of the impeachment trial. 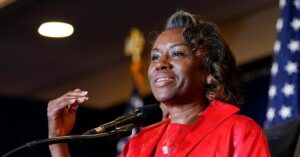