Sen. Josh Hawley (R-MO) was made the pariah of the Beltway for standing against dubious election results, but his patriotic and courageous stance has resulted in massive campaign contributions from his Republican constituents.

The National Republican Senatorial Committee (NRSC) has raised more money with appeals using Hawley than any other senator other than NRSC Chairman Rick Scott of Florida. Hawley’s NRSC donation page urges people to support the legislator’s efforts to reign in Big Tech monopolists.

However, it is worth noting that Hawley is playing the game in order to stay in good graces with the GOP establishment.

Big League Politics reported on how Hawley threw former president Donald Trump under the bus to save face with the globalist elites after the mostly peaceful protest in and around the U.S. Capitol on Jan. 6:

“Sen. Josh Hawley (R-MO) has been criticized for leading the GOP’s electoral college objection amidst widespread allegations of voter fraud, and he has responded by throwing former President Donald Trump under the bus.

Hawley issued a statement to oppose the impeachment of Trump following the conclusion of his presidency, which is unprecedented and unlawful, in which he threw Trump under the bus and essentially blamed him for the violence in the U.S. Capitol on Jan. 6.

HAWLEY: “I think ex-president’s rhetoric on the day was inflammatory. I think it was irresponsible. I think it was wrong. But I think that this impeachment effort is, I mean, I think it’s blatantly unconstitutional. It’s a really really, really dangerous precedent.”

In the aftermath of the violence, many left-wing voices accused Hawley of sedition and treason for asking for an investigation into a laundry list of irregularities that have been widely ignored by authorities.“

Hawley is one of the most promising young leaders in the GOP, but he must take a bolder stance against the globalist establishment if he wants to lead the America First cause after Trump. 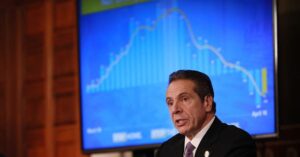 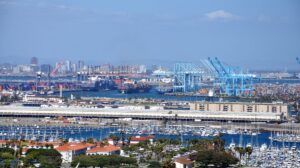