Some of the top executives at the Walt Disney Co. are backing California Gov. Gavin Newsom (D) in his fight against the state’s recall election. At the same time, a prominent member of the Disney family —  a descendant of company co-founder Roy O. Disney — has thrown his support behind Republican challenger Larry Elder.

The stark political contrast is the latest indicator of how far left the Disney company has drifted in recent years compared to the political conservatism of its founders.

Among the Disney executives who have donated money to the Stop the Republican Recall of Governor Newsom committee are Alan Horn, chief creative officer of Disney Studios, who has given $25,000 to the group; and Dana Walden, chair of Disney Television, who has forked over $7,500, according to publicly available state records.

Deadline reported that the Walt Disney Co. recently made a $32,400 contribution to Newsom’s re-election campaign, which it said has been spending money to fight the September 14 recall.

Last year, Disney CEO Bob Chapek publicly criticized Newsom over the governor’s decision to keep theme parks closed during the coronavirus pandemic, including Disneyland, saying he was “extremely disappointed” in the forced lockdowns.

But Disneyland has since re-opened and Newsom recently sweetened his relationship with Hollywood by expanding state tax credits for film and TV production. 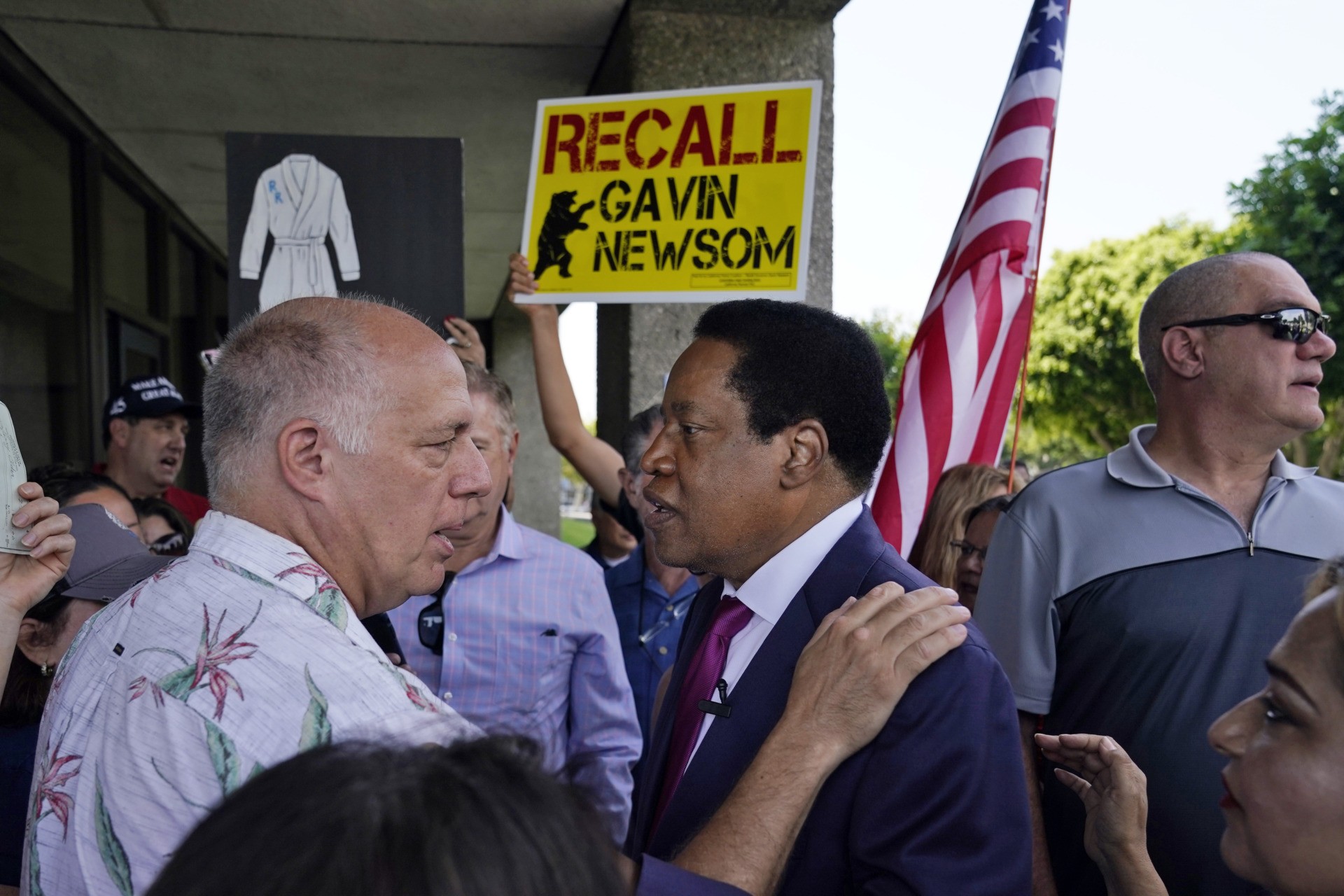 Meanwhile, Larry Elder has received support from Roy Disney, a member of the Disney family, who has repeatedly donated to the Republican challenger, most recently with checks for $5,000 and $2,500. State records show that Roy Disney works for Shamrock Holdings, the private investment firm for the family of the late Roy E. Disney, who was the son of Roy O. Disney.

Roy Disney has also supported the groups Rescue California and the California Patriot Coalition, which are pushing for the recall of Newsom.