Harry Thomas Jr. will seek his former Ward 5 seat on the D.C. Council, a comeback bid after going to prison in 2012 for stealing public funds. https://t.co/lSHAq7VYtQ

Thomas has joined the race to win back the Ward 5 council seat he traded for a prison cell in 2012, claiming he is humbled by his time in prison and wants to fight for affordable housing and help for the economically disadvantaged.

Thomas, 61, resigned from the council after federal prosecutors charged him with stealing funds from city youth programs.

The former councilmember misdirected the funds through several nonprofit groups and eventually to his own personal accounts. He used the funds for expensive vacations, a $69,000 luxury sport-utility vehicle, and other items, according to prosecutors.

He pleaded guilty in January 2012 to felony theft of funds concerning federal programs and filing a false tax return.

Since his release from prison in 2014, Thomas has slowly worked his way back onto the political scene.

He was elected as a Ward 5 committee member in the D.C. Democratic Party and served as a delegate to the Democratic National Convention last year. He was also elected to the Advisory Neighborhood Commission 5C in a special election to fill a seat his son vacated.

Justifying his new run for the seat he was forced to step down from, Thomas said his experiences taught him about ethics:

“I think I’ve worked my way back in the community. I learned so many things throughout that process about ethics.

“I think I’m better for it, and for the many people who were (there) through what I did, I need to restore their lives, too.”

Thomas filed his preliminary paperwork with the city on Monday and participated via Zoom in a candidates’ debate Wednesday. During the debate, he called himself “shining example of restorative justice.”

No questions were asked about his past criminal activities.

The race for the Ward 5 seat is wide open after incumbent Kenya McDuffie decided to turn his attention to the Attorney General race.

A chatty presence on the night, Harry Thomas Jr. declared himself a “shining example of restorative justice,” and didn’t receive any questions about his past. https://t.co/VMU3okekU1

Local news source Washington City Paper suggested half in jest that Vincent Orange could use the campaign slogan, “Orange you glad I’m not Harry Thomas Jr.?”  Thomas, however, said he is not hiding from his past:

“When it comes down to it, I took responsibility and paid my debt.”

Like the other four candidates, Thomas does plan to participate in D.C.’s publicly funding campaign program.

Social media users took Thomas to task for his decision to run for the seat he lost because of corruption. Twitter user Colleen wrote:

“This is why candidates should be able to pass a basic background check as a prerequisite. It lessens risk of corruption in government.”

This is why candidates should be able to pass a basic background check as a prerequisite. It lessens risk of corruption in government.

User Luigi Mike Speranza recalled another D.C. political figure who went to prison before being re-elected:

For those looking for a quick link to get in the fight and support the cause, click here.
—

WASHINGTON, D.C.- On Tuesday, June 15th, an inmate became the first incarcerated person in the city to ever with an elected officer position.

According to reports, 44-year-old Joel Caston won the race for advisory neighborhood commissioner of district 7F07 in southeast D.C., where he will oversee the Harriet Tubman Women’s Shelter, new luxury apartments, and the D.C. jail, where he is currently incarcerated.

Caston has been incarcerated for 26 years. He was sent to prison at 18-years-old for the murder of 18-year-old Rafiq Washington. Caston was convicted of shooting in the parking lot of a Chinese restaurant in D.C.

Caston has spent more than four years of his sentence incarcerated at the D.C. jail in the southeast part of the city, making him one of the jail’s longest-tenured inmates. The D.C. jail houses 1,400 male and female inmates. The women’s shelter serves up to 175 women a night.

Reportedly, in July of 2020, D.C. changed the law to allow incarcerated people in the city to vote, bringing to light that the seat on the Advisory Neighborhood Committee (ANC) for the district where the D.C. jail is located has been vacant since 2013.

Advisory neighborhood commissioners are locally elected representatives who serve two year terms without pay and according to DC.gov, were “established to bring government closer to the people.” The seat in the district were the D.C. jail is has been vacant for 12 years.

According to Neighbors for Justice, an organization that helped facilitate the election, Caston, who ran against four other inmates, received 48 of the 142 votes. Each inmate, with help from the Department of Correction, made a video announcing their run.

In his video, Caston promised his fellow inmates, the women in the Harriet Tubman Shelter, and their neighbors in the luxury apartments, that he would work hard to advocate for all their needs. He said:

“Imagine a single member district where every voice matters, every concern is heard, and every person is valued.”

Joel Caston, an inmate serving time for murder at the DC jail, has been elected for a seat on the city’s Ward 7 Advisory Neighborhood Commission https://t.co/U3m13g1rry pic.twitter.com/AGfyEiuQiL

All five candidates who ran for the ANC District 7F07 seat on June 15th were inmates at the D.C. jail. In a virtual interview with the The Washington Post, Caston said:

“I feel presidential. But it’s not about you, it’s about the work you do.”

Neighbors for Justice Founder Julie Johnson said Caston will be given access to a laptop or tablet, an email account, and a place to work on fulfilling his AND duties from inside the jail for up to eight hours a day. Johnson said:

“It’s not just about a historic election, with a first-ever ANC commissioner who is incarcerated. It’s about giving a voice and visibility to a population that is unseen.”

A man still serving time for murder will also serve in an elected city office in Washington, D.C.

“I just want to be as instrumental as possible and effective as possible to raise the concerns of my constituents,” says Joel Caston.https://t.co/dxFdJc6uW1

In his candidate survey, Catson wrote that he has served as a worship leader and editor of a paper at the jail. He was also the founding mentor of the Young Men Emerging program and authored a criminal justice reform brief. Johnson said:

“This election gives hope to the residents of the jail, knowing they now have a representative who will give voice and visibility to the issues they are experiencing.” 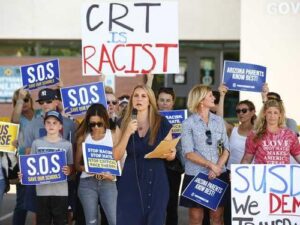 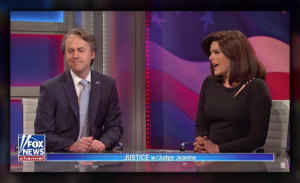