Exclusive — Rep. Mo Brooks: 'We Do Not Have Enough Elected Officials Who Believe that Big Tech Censorship Is a Problem' 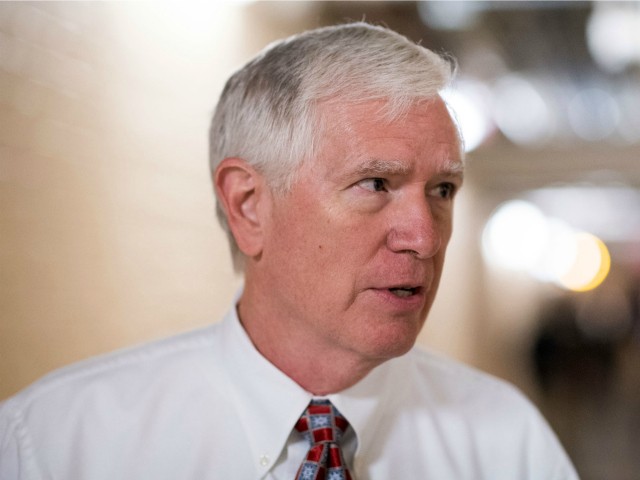 “The government has allowed Big Tech to do what it is doing by not engaging in antitrust activities under our antitrust laws,” Brooks said on SiriusXM’s Breitbart News Daily with host Alex Marlow, author of Breaking the News: Exposing the Establishment Media’s Hidden Deals and Secret Corruption. “In effect, these companies have created monopolies, and long ago in the 1800s, we learned that monopolies are bad for society.”

“We passed antitrust laws in order to force competition that gives consumers viable options or other ways of obtaining whatever it is that they need in their daily lives. In this instance, we have monopolistic activities by Facebook, by Twitter, by Big Tech and under these circumstances, I don’t believe that we should leave them alone and let them continue to engage in the anti-American, anti-First-Amendment process of blocking out free speech.”

“The problem is that we do not have enough elected officials who believe that Big Tech censorship is a problem,” Brooks remarked. “In my judgment, you have too many socialist Democrats who see the political benefit of this censorship.”

He continued, “Behind the scenes, [Democrats] are supporting that censorship by doing whatever they can to prevent active countermeasures from being implemented that open us back up as a free speech society. I‘ll believe that the socialist Democrats are on our side of this issue when they start acting that way, as opposed to blocking any constructive efforts to protect the First Amendment right to free speech.”

Brooks is running for election in 2022 to the Senate to represent Alabama.

11 May at 1:16 pm
Censorship
Michigan Restaurant Sues Gretchen Whitmer over Coronavirus Penalties
Prestigious California school teaches 1st graders that gender is nothing more than a choice

Reason Magazine endures censorship after attacking conservatives for fighting it