Facebook’s fact-checkers have come for the Wall Street Journal, causing the mainstream newspaper to be censored on the world’s largest social network, after the Journal published an op-ed from a Johns Hopkins surgeon who argued that the United States is likely to achieve herd immunity to the COVID-19 virus by April.

The surgeon, Dr. Marty Makary, argued that a failure to take natural immunity as well as vaccine immunity into account was leading some to underestimate when herd immunity could be achieved. Citing a 77 percent decline in cases over the past six weeks, Makary called for “contingency planning for an open economy by April.”

Makary also said that other medical experts privately agreed with him, but that they recommended remaining quiet to avoid a premature relaxation of precautionary measures.

“Some medical experts privately agreed with my prediction that there may be very little Covid-19 by April but suggested that I not to talk publicly about herd immunity because people might become complacent and fail to take precautions or might decline the vaccine,” wrote Makary. “But scientists shouldn’t try to manipulate the public by hiding the truth.”

Makary’s op-ed was subsequently “fact-checked” by Health Feedback, a project tied to the World Health Organization and an affiliate of Science Feedback, a group focusing on “fact-checking” skepticism of the man-made climate change theory, a position mainly held by conservatives.

Health Feedback tagged the Wall Street Journal op-ed with the label “missing context” and “misleading,” causing Facebook to censor the article by reducing its distribution across the platform.

“Once we have a rating from a fact-checking partner, we take action by ensuring that fewer people see that misinformation,” Facebook confirmed to the WSJ.

Responding, the Wall Street Journal editorial board condemned the fact-check as the work of a “progressive health clerisy” presenting their opinions as scientifically-settled fact.

Via the Wall Street Journal:

…the progressive health clerisy don’t like [Makary’s] projection because they worry it could lead to fewer virus restrictions. The horror! Health Feedback’s fact checkers disagree with the evidence Dr. Makary cites as well as how he interprets it. Fine. Scientists disagree all the time. Much of conventional health wisdom about red meat, sodium and cardiovascular risk is still fiercely debated.

The same goes for Covid-19. There’s still much we don’t understand about the virus and its transmission and immunity. Yet Facebook’s fact-checkers “cherry-pick,” to borrow their word, studies to support their own opinions, which they present as fact. So let’s fact-check Facebook’s fact checkers.

The Journal went on to cite evidence in support of Makary’s claims from a range of sources, including the New England Journal of Medicine, the Journal of the American Medical Association, the Lancet, and Science, among others.

The editorial board went on to say that the actions of Facebook and its fact-checkers support the case for reform of Big Tech’s special legal protections.

We’ve been leery of proposals in Congress to modify Section 230 protections that shield internet platforms from liability. But social-media giants are increasingly adding phony fact checks and removing articles flagged by left-leaning users without explanation. In short, they are acting like publishers in vetting and stigmatizing the content of reputable publishers. The legal privileges that enable these companies to dominate public discourse need to be debated and perhaps revised.

Breitbart News has reached out to Health Feedback for comment. 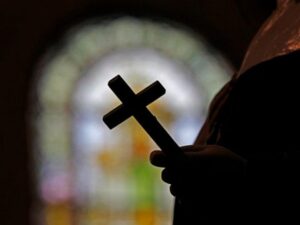 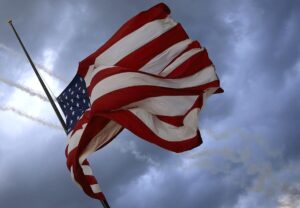