Failing Up? Terry McAuliffe in Line for White House Gig After Election Loss

The Biden administration is looking to hire Terry McAuliffe just a week after the Democrat lost Virginia’s gubernatorial race.

Although “talks have not yet started” and all cabinet positions are filled, the White House is searching for a position within the administration for the former Democratic National Committee chairman and Virginia governor, Punchbowl News reported Thursday.

The White House search comes after McAuliffe’s bid for a second term as Virginia governor failed last week. The Democrat lost by 2 points to Republican Glenn Youngkin in a contentious race that focused on public education. As McAuliffe’s polling lead over Youngkin evaporated in the weeks leading up to Election Day, McAuliffe enlisted President Joe Biden and Vice President Kamala Harris to campaign for him—even as the pair faced a collapse in their own approval ratings. Just 38 percent of voters approve of Biden’s job performance, while Harris’s rating stands at 28 percent, according to a recent USA Today/Suffolk University poll.

Ahead of the election, Democratic analysts worried that Biden’s decline in approval numbers would hurt McAuliffe’s election prospects, and the candidate acknowledged the president is “unpopular” in Virginia.

“As you know, the president is unpopular today, unfortunately, here in Virginia,” McAuliffe told surrogates during an October video call. “So, we have got to plow through.”

“When I travel around Virginia, they’re not asking about what’s going on in Washington,” McAuliffe told NBC News when the bill’s passage stalled ahead of Election Day. 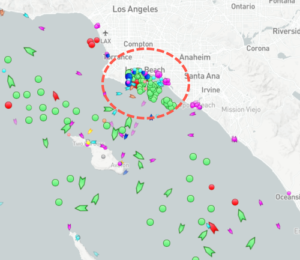 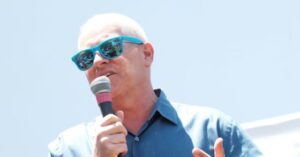