OREGON – Voters in five rural Oregon counties approved measures on Tuesday to consider joining the state of Idaho, a part of an effort to break with a state dominated by liberal voters in populous counties and anti-police protesters.

The counties — Malheur, Sherman, Grant, Baker and Lake — join Jefferson and Union counties, whose voters applied to join Idaho last year, in their planned secession to what is being called “Greater Idaho.”

The group, Move Oregon’s Border for a Greater Idaho, is behind the effort. In addition to rural eastern Oregon, “Greater Idaho” would also encompass large swathes of northeastern California, according to the group’s plan.

The ballot initiatives called on county officials to meet to discuss and consider a border move to Idaho.

The Idaho Statesman reported the movement is an attempt to allow some Oregon counties to join Idaho which more closely aligns with their political views:

“Baker County’s election results weren’t yet available on the Oregon Secretary of State’s page, but the Baker City Herald reported that a majority — 3,064 to 2,307 — voted in favor of county commissioners ‘meeting three times per year to discuss a proposal to include 18 counties, including Baker, as part of Idaho.’

“The vote is only the first step of the “Greater Idaho” project, which would allow some Oregon counties to join a state that advocates say more closely aligns with their political preferences.”

Oregone? 7 Oregon Counties Vote To Back Seceding, So Citizens Can Vote GOP In Idaho : NPR https://t.co/3Q2tN1mFCD

All five of the counties that approved the measure supported Donald Trump in the 2020 presidential election, and are predominantly Republican.

Oregon voters favored President Biden over former President Trump by a 56 percent to 40 percent margin in 2020. However, between 69 percent and 79 percent of the five rural counties vote for Trump.

Supporters of the succession measure say that voters in rural parts of Oregon have more in common with Idaho. Oregon, which currently has two Democratic senators in the U.S. Senate, has voted Democratic in presidential elections since 1988.

Idaho, with two Republican U.S. senators, has voted Republican in presidential contests since 1968.

“This election proves that rural Oregon wants out of Oregon. If Oregon really believes in liberal values such as self-determination, the Legislature won’t hold our counties captive against our will.

McCarter said that the political leadership in Oregon has gone against the values held by residents of the rural counties, and their voices are silenced because they are outnumbered by the more densely populated, liberal counties:

“Rural counties have become increasingly outraged by laws coming out of the Oregon Legislature that threaten our livelihoods, our industries, our wallet, our gun rights, and our values. We tried voting those legislators out but rural Oregon is outnumbered and our voices are now ignored. This is our last resort.”

Sherman County’s ballot initiative required county commissioners to promote realigning the borders. The other four counties require commissioners to meet a few times a year to discuss the prospects of moving state lines.

The ballot measures are the first major step in the “Greater Idaho” project, which would allow some Oregon counties to join Idaho, a state that advocates say more closely aligns with residents’ political and cultural preferences. https://t.co/gQbUfOCzLb via @capitalpress

Idaho Gov. Brad Little (R) has thrown his support to the initiative.

The process of changing state borders in long and complex. The process would require approval from both the Idaho and Oregon state legislatures, and approval from U.S. Congress, which is currently controlled by Democrats. The group hopes to collect the approval of 22 of the 36 counties in Oregon.

SALEM, OR- On Wednesday, February 24th, House Speaker Tina Kotek urged lawmakers to support a bill that she has recently introduced.

The bill would essentially prohibit officers from arresting people on charges of “interfering with police” if they are “passively resisting” a police order.

If passed, the change would bring the law into line with a 2017 ruling by the Oregon Supreme Court, which declared that the “interfering with police” charge can no longer be used against people who merely refuse to move after police tell them to do so.

According to Oregon Live, Kotek has argued that police are misusing the charge, particularly during protests, which the city has see night after night since the beginning of summer 2020. She said that the arrests have stifled free speech rights and disproportionately affected people of color.

Back in September 2020, Kotek’s legislative director was arrested on the charge during a protest in Southeast Portland. The charge was later dropped. Kotek told the House Subcommittee on Equitable Policing that:

“Simply frustrating an officer by failing to adhere to or comply with their direction is not criminal behavior.”

She proceeded to cite an article by Oregon Live that was published in August 2020 which detailed the broad use of the charge against homeless people and people of color.

“We all know that law enforcement officers have a very difficult job. It’s important that they have the tools they need to enforce the law, but misuse of ‘interfering with police officer’ erodes public trust and ultimately undermines their ability to serve the public.”

“We have an important opportunity with this bill to reaffirm the original intent of the law.”

The bill, HB3164, together with an amendment she introduced, redefines the charge of interfering with an officer. According to the bill, the new law would:

“Prohibit a person from intentionally or knowingly acting in a manner that prevents an officer from performing their lawful duties with regard to another person or a criminal investigation.”

It would also remove a clause that is currently written, which states that the misdemeanor charge covers when someone simply refuses to obey an officer’s lawful order. It would explicitly say that the charge does not apply when someone is practicing “passive resistance.”

The new law would also say that the charge could not be lodged against someone for conduct that would “constitute any other criminal offense.”

Kotek said in a statement:

“This change removes the opportunity for confusing an officer’s authority to give an order and instead focus on deterring behavior that actually prevents and officer from doing their job.”

He said that he is concerned that the bill, coupled with another before the committee, to repeal a law that would not allow police to declare unlawful assemblies, will actually work to impede free speech.

He said that police will have fewer tools to prevent agitators from disrupting peaceful demonstrations.

“I think we just have to be careful that when we are trying to get to where we want to protect people’s rights to assemble, that we are not creating unintended consequences of actually putting their lives at risk or their safety at risk because we are unable as law enforcement to provide that safety.”

House Speaker Tina Kotek (D-Portland) introduced a bill this week for which she is sole sponsor to address a contentious issue in Oregon and nationally: the criminalization of homelessness.
https://t.co/8qdMbevEfl

The American Civil Liberties Union of Oregon worked on the bill with Kotek. Andrea Valderrama, policy director of Oregon’s ACLU, said in a statement:

“It is imperative that we move forward with the understanding that the role of police should be to facilitate and protect our freedoms, not control and dictate them.”

Reportedly, use of the charge has veered from its initial legislative intent. According to the committee’s staff counsel Gillian Fischer, when the law was first proposed in the late 1990s, police said it would help officers separate people in domestic violence cases when they are unable to immediately determine victim from perpetrator.

It was also initially intended to help officers during traffic stops when passengers try to intervene while officers do sobriety tests on drivers.

If the bill is to stay alive, the subcommittee would forward it next to the House Judiciary Committee for review. 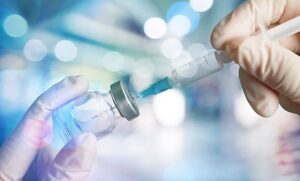