A county in Georgia on Tuesday voted to remove its elections director after struggles during the 2020 election.

The Fulton County Board of Registration and Elections voted 3-2 to remove Richard Barron, its elections director, a week after the board held a similar vote that was declared invalid because it occurred during a private part of a meeting.

“The 2020 election cycle did highlight many vulnerabilities in the Fulton election system, errors, sloppy and inefficient processes that really are unacceptable,” Ruth said.

She pointed to the State Election Board referring the county to the state attorney general for allegedly violating election law and disenfranchising voters in the June 9, 2020 primary elections.

Johnson said he wanted the next board to decide the matter, noting that it would be getting a new chair soon. He argued that the board did poorly in the June 2020 election but “recovered well, and, for the most part, November went well.”

The vote was the only item on the agenda for the meeting, which took place virtually due to the COVID-19 pandemic.

Before the decision, members heard both defense and criticism of Barron. Regina Waller, a spokesperson for the county, told them that Barron was responsible for what she described as a successful 2020 election amid the pandemic. 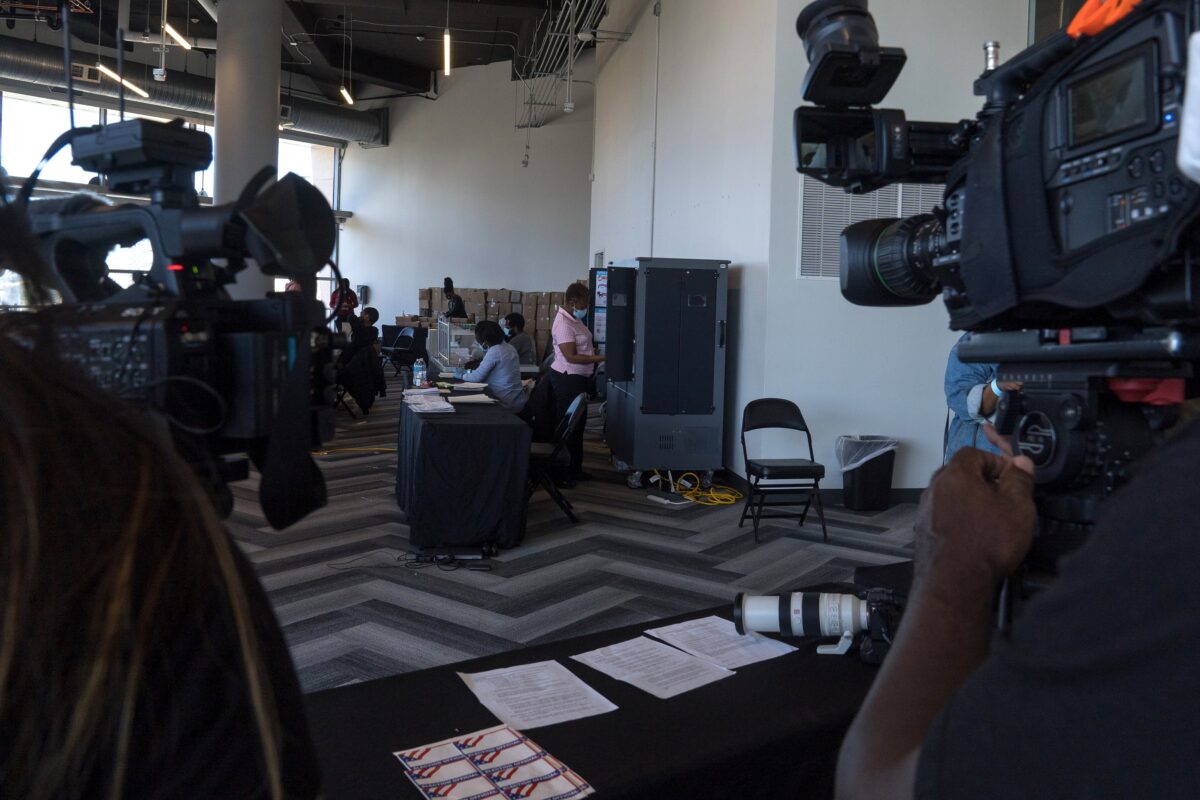 Barron “has shown his ability to guide, motivate, steer, and maintain the course of integrity, honesty, and fairness,” she said.

Bridget Thorne, a former county precinct manager, said that the election handling since Barron was hired “has only gotten worse.”

“Your leader Mr. Barron has said publicly he is burned out. A burned out leader isn’t going to fire up a new system. I think it’s time to get a new leader,” she said.

Thorne was one of two workers fired after raising concerns about the election.

Fulton County includes Atlanta. What happened at State Farm Arena became a national news story after ballot counting was disrupted by what was initially reported as a burst pipe, but turned out to be an overflowing urinal. Additionally, all observers left on Election Night after a manager yelled that ballot counting was over for the night, but workers soon resumed counting.

Officials with Georgia Secretary of State Brad Raffensperger’s office on multiple occasions criticized the county’s handling of the election.

Officials were seeing “managerial sloppiness” and “chain of custody” issues, Gabriel Sterling with the office said about two weeks after Election Day.

The county “cut corners” during the second recount of ballots, Raffensperger, a Republican, added in a press conference on Dec. 1.

County officials had pushed back on the allegations.

“I can tell you beyond a shadow of a doubt that within Fulton County, Georgia, there was no hanky panky whatsoever with respect to the recent election, zero,” County Board of Commissioners Chairman Robb Pitts told reporters.