Challenges to over 16,000 people on the voter roll in a Georgia County have been dismissed by an elections board.

The Cobb Board of Elections and Registration voted on Friday to dismiss three complaints that sought to remove voters from the roll.

Jason Shepherd, the chairman of the Republican Party in the county, told the board that he found evidence of approximately 16,024 people registered to vote in the county who reside outside of Georgia.

The information was gathered by running the county’s voter registration database against the National Change of Address Registry, he told the board in a letter earlier this month.

Two similar challenges were filed by Marietta attorney Pamela Reardon. One of the submissions was sent through True the Vote, a Texas-based election integrity group.

True the Vote announced Friday is was partnering with Georgians in every county to challenge 364,541 potentially ineligible voters.

Secretary of State Brad Raffensperger, a Republican, said in a statement released by True the Vote: “I’ve said since Election Day that I must follow the law in the execution of our elections, and I’ve also encouraged Georgians to report any suspected problems for my office to investigate. Though federal law restricts our ability to update our voter registration lists, the Elector Challenge is a vehicle under our law to ensure voter integrity. I support any effort that builds faith in our election system that follows the proper legal procedure.” 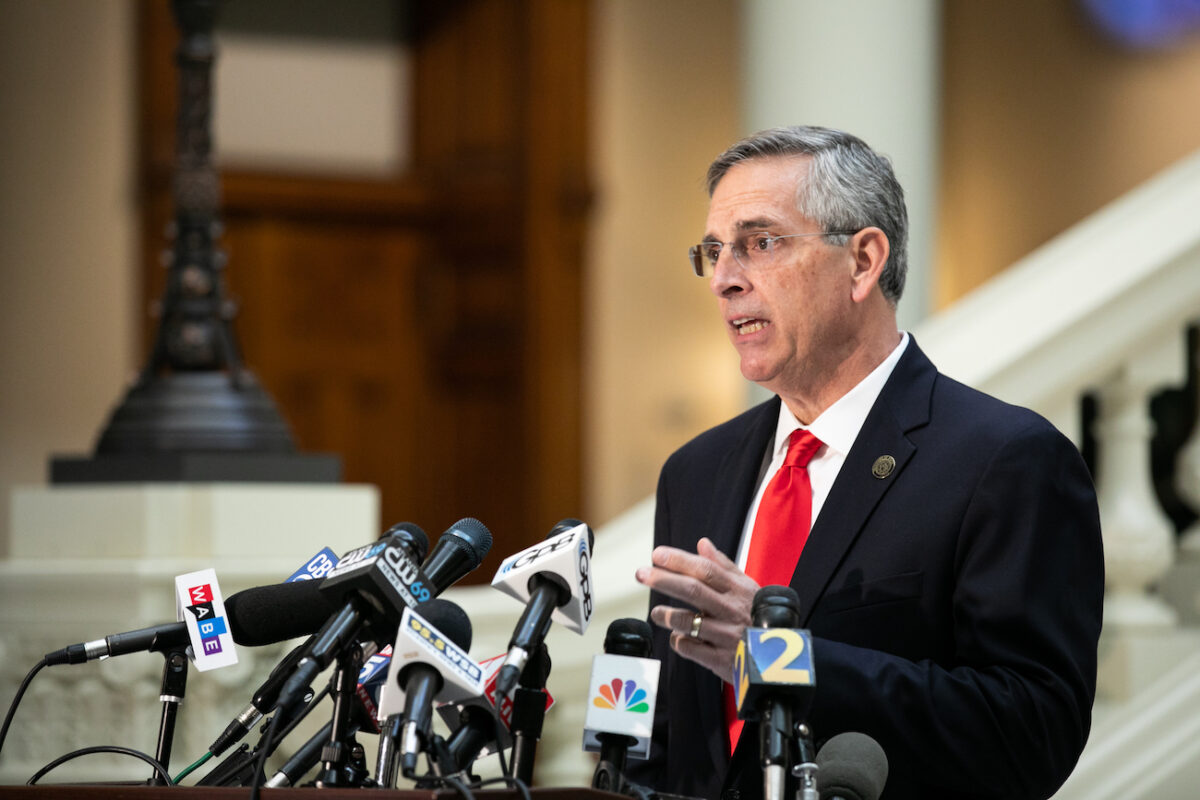 After meeting to determine if probable cause existed for the three challenges, the Cobb Board of Elections and Registration said it denied all three.

According to reports on the virtual meeting, the vote was unanimous.

“I don’t believe this is probable cause to challenge these voters,” Gregg Litchfield, one of the county’s attorneys, said during the meeting, Patch reported. “The mere production of a voter registration database, compared with a national change of address registry, is not sufficient.”

He said the list of voters didn’t distinguish between permanent and temporary change of address, which is a division that can be found from the National Change of Law Address Registry.

Additionally, tinkering with the list cannot be done this soon before the Jan. 5, 2021, Senate runoff elections, he said, referring to conditions in the National Voter Registration Act.

In an emailed statement, Shepherd of the Cobb County GOP told The Epoch Times that the county board “utterly failed in its duty to keep elections in Cobb secure by refusing to investigate whether any of the over 16,000 voters who have filled out and submitted a change of address form with the US Postal Service showing they have changed their residence to a new one outside the State of Georgia have, in fact, moved outside the state and are ineligible to vote in Georgia under Georgia law.”

“The county attorney, Daniel White, made several assumptions about my ability to provide further proof, however, despite my attendance, I was not allowed to answer his challenges or otherwise speak in defense of my own petition. Other Georgia counties have taken similar petitions seriously finding probable cause does exist, but for some reason, either laziness, incompetence, or outright corruption, the Cobb Board of Elections doesn’t think that by someone changing address to a new one out of state means that person moved out of state. I find that simply unbelievable,” he added.

The Brennan Center, an independent law and policy group, had advocated for not removing any voters, calling the challengers “unreliable.”

“Our initial analysis indicates that the challengers identify 18,754 unique voters on the Cobb County rolls, and only 888 names on their lists are the same,” the center wrote in a letter to the county board.

The vote came after Raffensperger’s office announced that his office, together with the Georgia Bureau of Investigation, would conduct a signature match audit in Cobb County.

“We recently received a report that Cobb County may not have conducted a proper signature match in June, and we will look into that claim. We hope to release the findings of this audit two weeks from today,” he said on Dec. 14.