A Georgia election official said on Thursday that more than 20,000 people in the state who voted in the general election didn’t participate in the presidential race.

Gabriel Sterling, Georgia’s voting implementation systems manager, said at a press conference on Thursday, “We had about … over 20,000 people just skipped the presidential race. They just didn’t vote. They went down to vote in other races.”

The comments were made after Sterling accused the president and his associates of perpetuating misinformation about potential fraud in the state’s election, and said that Democratic presidential nominee Joe Biden had won Georgia in “several different ways.”

Sterling also said that there are currently 132 investigations underway related to the general election involving 23 investigators. There were also about 101 cases under investigation involving specific allegations of something going wrong prior to the election, he added.

He said that Georgia residents should vote in the upcoming Georgia Senate run-offs on Jan. 5, giving his assurance that there was no fraudulent voting in the state in the 2020 general election, and that it is “silly” to deny oneself the vote.

The Jan. 5 election has seen about 415,862 absentee ballot requests made through the the state’s online voter registration systems, and of that, 179,741 votes have been cast and accepted, he said.

Suddenly switching topics, Sterling declared, “Just clearing up, I am not in fact a communist.”

“I am not a commie. My stepmother is actually from Cuba,” he continued. “So it’s actually a little more offensive than normal to be called that. … So again, this is silliness and unseriousness in a very serious time. I believe I can speak for the secretary, myself, and luckily the governor, none of us ever received any money from the Chinese communists. And I’m saying this out loud. It seems even that much more ridiculous that I have to say it. But that’s where we’re at right now. So we’re continue to try to debunk basics.”

Sterling also expressed that the lawsuit that Texas had filed to the Supreme Court is “wrong in the law and wrong with the facts.”

That lawsuit alleges that Georgia, as well as Pennsylvania, Michigan, and Wisconsin, had conducted their elections in violation of the U.S. Constitution, with officials having illegally altered election laws, including removing ballot integrity measures, resulting in a flood of mail-in votes that former President Jimmy Carter warned “never do it.”

Texas alleges that voting irregularities arose as a result of the change in election laws and have put the ultimate outcome of the election in doubt. 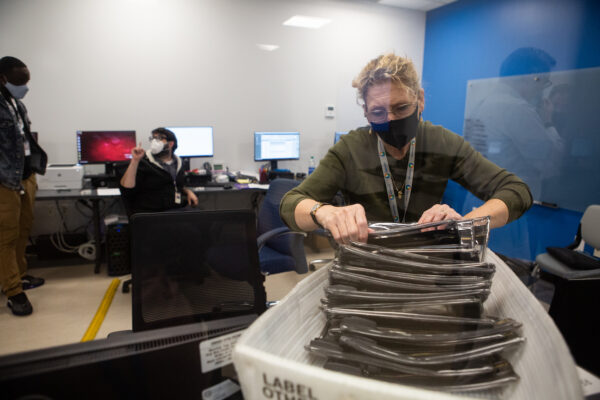 Georgia is among six battleground states where the president and his legal team, as well as other third-party groups, have contested the results of the election, mounting legal challenges alleging a wide range of voting irregularities that witnesses suggest put the results of the election in doubt. More evidence of irregularities have emerged in the past few weeks in Georgia, including an Election Night video revealing concerns over processes the State Farm Arena’s vote-tabulation center in Atlanta; a video where an election official explains how Dominion Voting Systems’ software allows the adding or changing of votes; and the submission of evidence of more than 21,000 election anomalies and irregularities to Georgia officials.

Secretary of State Brad Raffensperger said there has been no evidence of irregularities that would overturn the election results. On Dec. 7, he announced that Georgia re-certified its election results following a recount, although Coffee County said it can’t certify its results after the second statewide recount because it wasn’t able to duplicate the official result on its voting machines.

Biden has declared victory in the election and media outlets have begun referring to him as “president-elect.” The Epoch Times won’t declare a winner of the 2020 presidential election until all results are certified and any legal challenges are resolved. The Electoral College is scheduled to vote on Dec. 14. The votes are scheduled to be counted on the Jan. 6, 2021, Joint Session of Congress in Washington.