Georgia’s governor late Sunday said he would not call a special session of the state legislature, though lawmakers have triggered a scenario where his blessing may not be required to hold a session.

President Donald Trump and four Republican state lawmakers are calling for a special session amid a growing body of evidence of election irregularities and potential fraud.

“We recognize our duty to move forward with this petition due to the level of fraud and violations of law which took place during this 2020 election cycle. We urge others to join us,” state Sen. William Ligon said in a statement asking other lawmakers to sign a petition calling for a special session.

According to the petition, testimony and other evidence given before the Georgia Senate Judiciary Committee’s Subcommittee on State Election Processes on Dec. 3 “demonstrated a systemic failure to observe the Georgia Election Code enacted by the General Assembly.”

That included allowing underage individuals and convicted felons to cast votes and then counting those ballots, lawmakers said. Voters who moved to a different county more than 30 days prior to the election were also able to cast ballots without re-registering, in violation of state law.

The four lawmakers said the petition served as notification to Brian Kemp and Secretary of State Brad Raffensperger, both Republicans, and that a session of the General Assembly was being called for and convened on Dec. 8, provided they received the appropriate number of signatures from other politicians.

They are attempting to take control of the power to choose electors, citing the election irregularities. Under the Electoral College system, state lawmakers are given power to determine the manner of choosing electors, who then vote for a certain presidential candidate. The vote is usually for the candidate that received the most votes in the state. 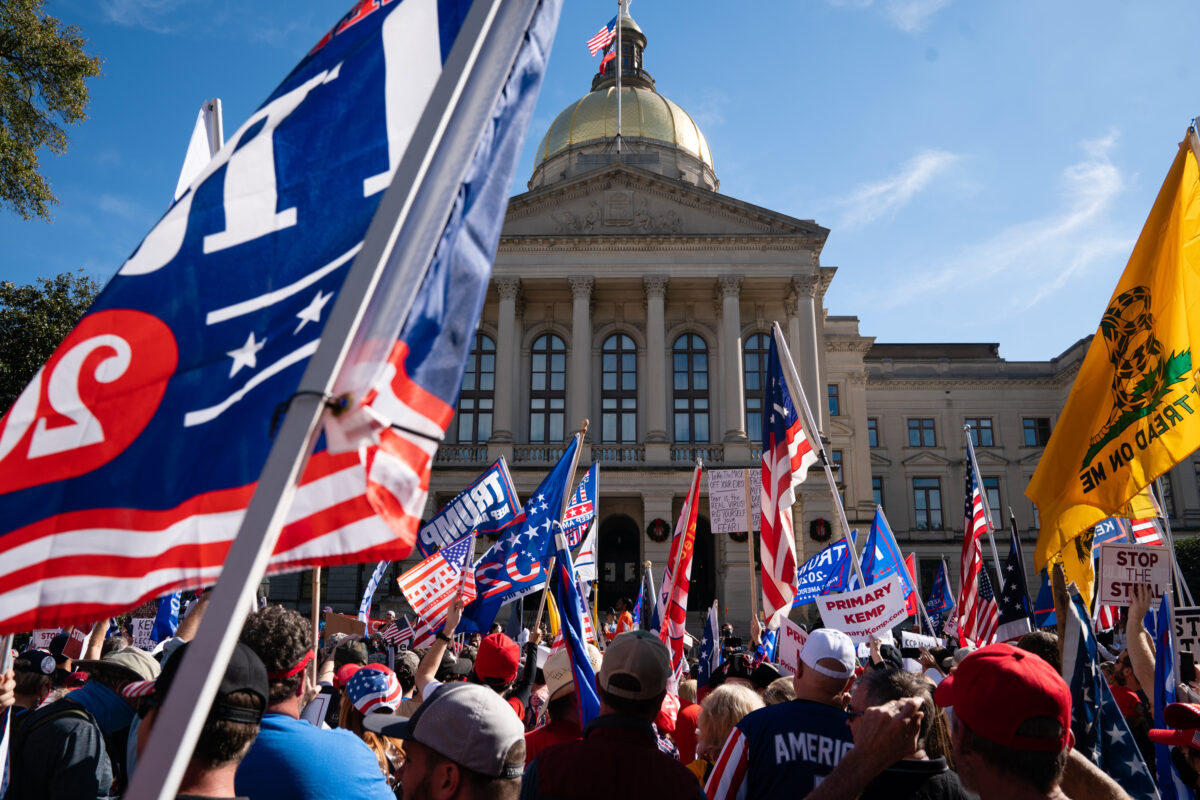 Protesters rally outside the Georgia State Capitol during a “March for Trump” in Atlanta, Ga., on Nov. 21, 2020. (Elijah Nouvelage/Getty Images)

Kemp said in response that the law does not allow the state legislature to choose electors.

“While we understand four members of the Georgia Senate are requesting the convening of a special session of the General Assembly, doing this in order to select a separate slate of presidential electors is not an option that is allowed under state or federal law,” Kemp said in a joint statement with Republican Lt. Gov. Geoff Duncan.

“State law is clear: the legislature could only direct an alternative method for choosing presidential electors if the election was not able to be held on the date set by federal law. In the ’60s, the General Assembly decided that Georgia’s presidential electors will be determined by the winner of the state’s popular vote. Any attempt by the legislature to retroactively change that process for the Nov. 3 election would be unconstitutional and immediately enjoined by the courts.”

The officials said the judicial system is “the only viable—and quickest—option” in disputing the results of the election.

Democratic presidential nominee Joe Biden won Georgia by about 12,500 votes, according to a vote count from Raffensperger’s office.

The state is in the midst of a second recount. 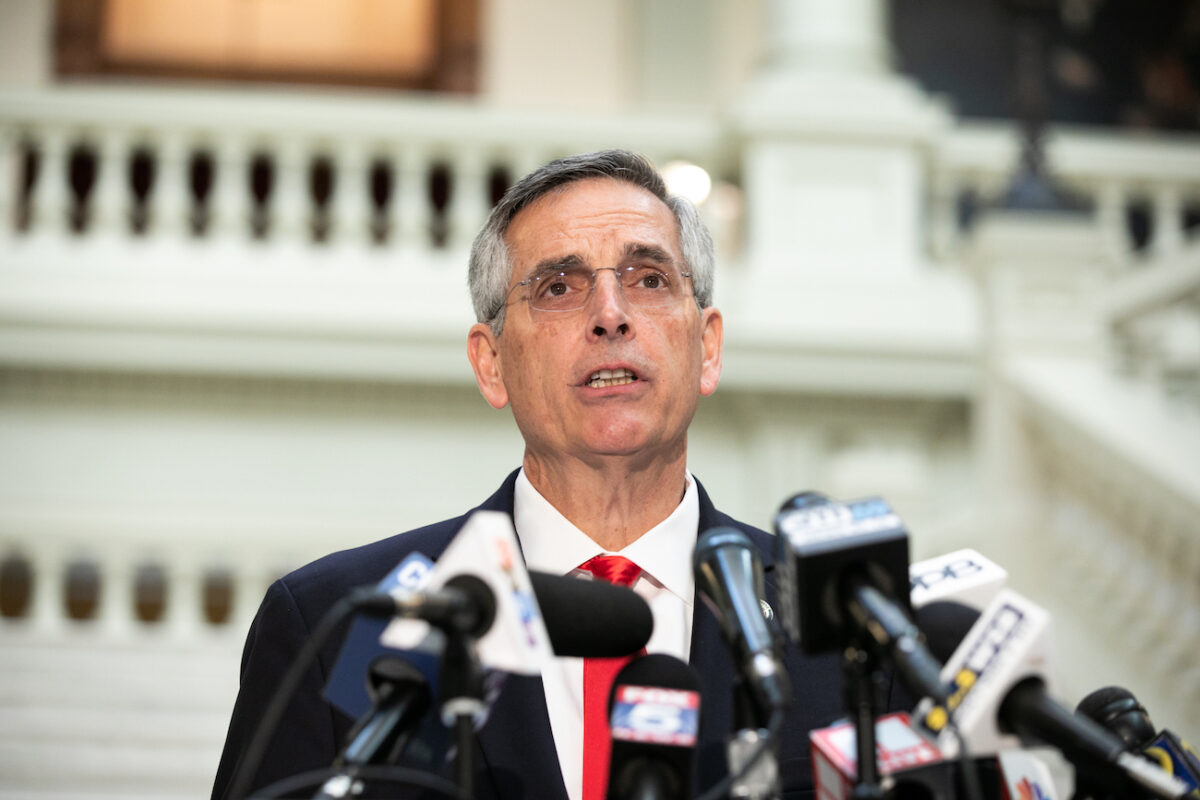 Trump recently urged Kemp to permit signature verification of ballots, arguing such an action would show he won Georgia. Kemp responded on Twitter, telling the president that he publicly called for such an audit three times. Raffensperger has said such an audit isn’t necessary.

“But you never got the signature verification! Your people are refusing to do what you ask. What are they hiding? At least immediately ask for a Special Session of the Legislature. That you can easily, and immediately, do,” he wrote.

During a rally in Valdosta on Saturday, Trump said former Rep. Doug Collins (R-Ga.) should run against Kemp in 2022, and praised the four lawmakers who are circulating the special session petition.