Georgia’s House speaker on Thursday announced that he’s seeking to replace the state’s top election official amid a barrage of criticism from the GOP, President Donald Trump, and a bevy of state lawmakers.

House Speaker David Ralston, a Republican, told reporters in Atlanta that he is going to try to get a constitutional amendment passed that would take the power to select the secretary of state from voters and give it to legislators.

“I think it’s time in Georgia that we look at an alternative way of electing our secretary of state,” Ralston said at a press conference. “I’m dead serious about this.”

He said he spoke with Tennessee’s secretary of state and heard good things about having lawmakers choose who to fill the position.

“He volunteered to me that it really builds into the process a feeling on the part of he and his office that they are accountable to and answer to the General Assembly because they know that we’re accountable to the people,” Ralston explained. 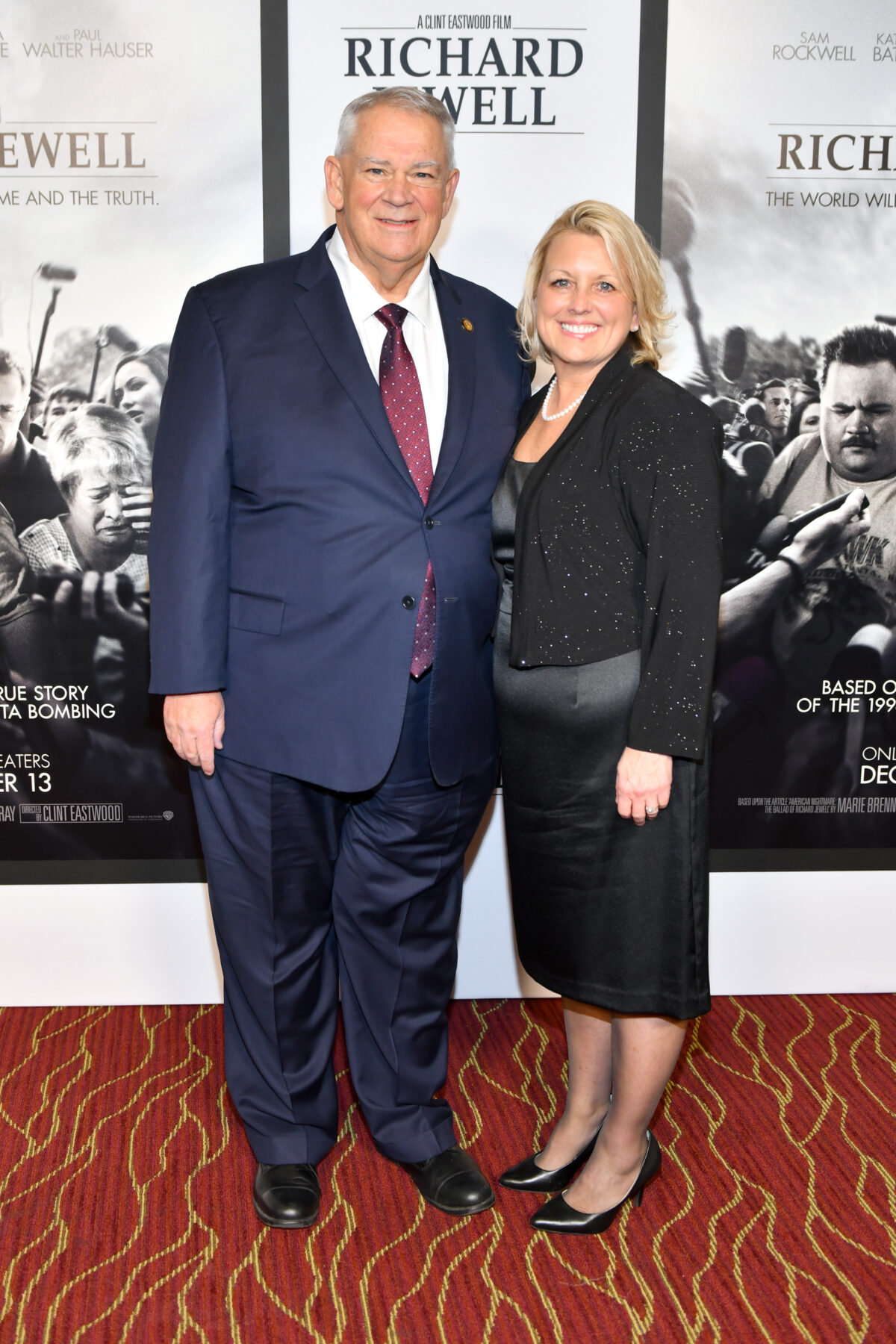 Constitutional amendments in Georgia require a two-thirds majority vote in each legislative chamber to make it on the ballot. Approximately 84 percent of amendments that made it onto ballots were passed between 1996 and 2018. Republicans hold a 35-21 majority in the state Senate and a 105-75 majority in the state House. Some Democratic support would be required in each chamber.

Many Republicans have expressed deep frustration with Georgia Secretary of State Brad Raffensperger, a Republican former state representative who won election in 2018. They say a consent decree he entered into with Democrats earlier this year relaxed election safeguards. They say he blocked signature verification during recounts. And they say he should step down for the numerous irregularities seen during and after the Nov. 3 election.

Raffensperger and others with the office have defended his actions, alleging that he actually strengthened signature verification before the election and that it wasn’t possible to do it again during recounts.

Ralston described himself as “completely shocked” that Raffensperger’s office refused to participate in a state hearing on Thursday. “I don’t ever remember in my time serving in this general assembly, a constitutional officer refusing to come before a House or a Senate committee to offer up information that might be helpful to the people’s representatives,” he said.

Asked whether the secretary of state’s office had committed to participating in the hearing and backed out, a spokesman for the office pointed The Epoch Times to a tweet from Gabriel Sterling, the voting system implementation manager who works out of the office. Sterling said that the state’s attorneys advised the office not to send anyone “because of pending litigation.” 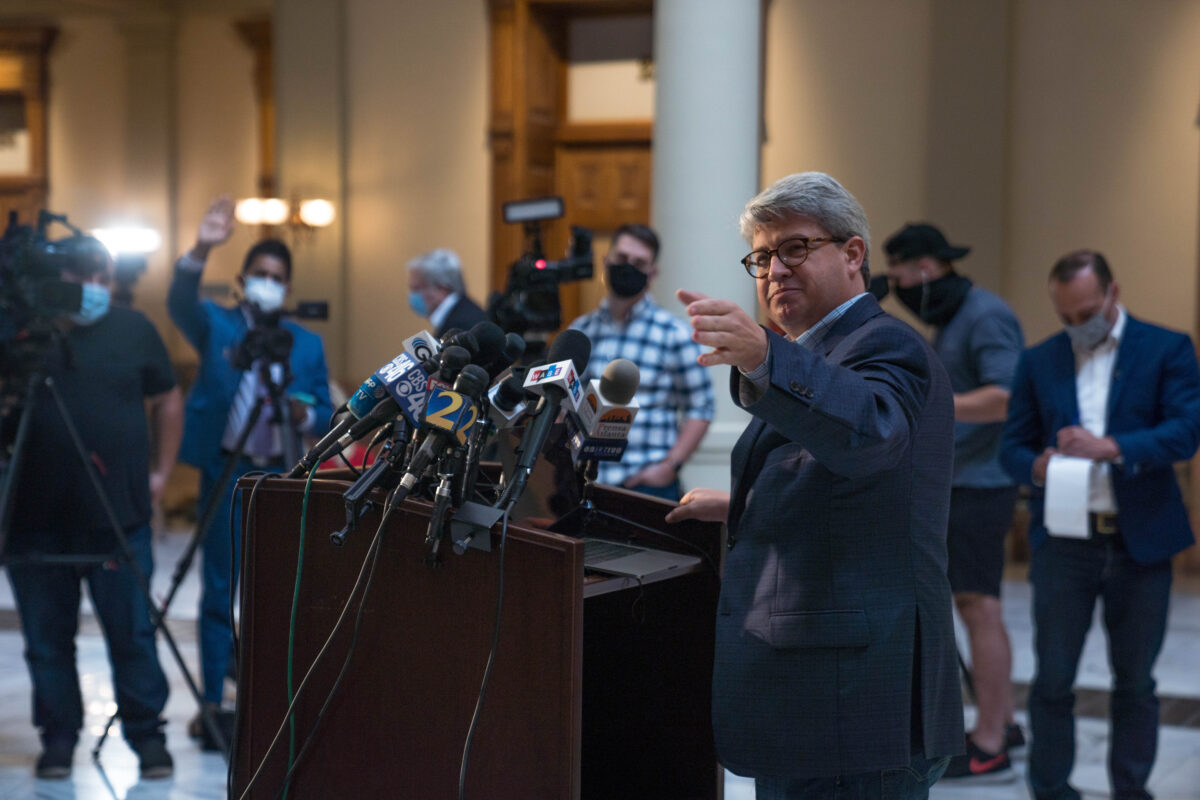 Gabriel Sterling, the voting systems manager for the Secretary of State’s Office, speaks to the media in Atlanta, Ga., on Nov. 5, 2020. (Megan Varner/Getty Images)

The response to irregularities and witness testimony from the office has been aggressive. When video footage was released by the Trump team last week appearing to show ballot counters counting ballots without any oversight, Sterling shared an article from a website that claimed to debunk the video but got multiple facts wrong. That website is partially paid through a partnership with TikTok, a social media platform run by a Chinese company that owes its allegiance to the Chinese Communist Party.

Sterling has called Trump “misinformed” about election issues and claimed people are endangering lives by circulating allegations of fraud and other matters. He and Raffensperger insist the election was run smoothly and that Democratic presidential nominee Joe Biden won the state, the first time in 28 years a Democrat won Georgia.

In a statement in response to Ralston’s proposed constitutional amendment, Jordan Fuchs, deputy secretary of state, told news outlets: “In a clear power grab, Ralston and the Trump campaign want to give the General Assembly the power to select winners of elections and violate the will of the people.”

Fair Fight, a group that says it fights for fair and free elections that was founded by failed gubernatorial candidate Stacey Abrams, quickly denounced the effort, saying “Georgians – not politicians – should choose their Secretary of State.”

And state Rep. Matthew Wilson, a Democrat, said the move showed Republicans “are so scared of Georgia voters, they’d sooner rewrite the state constitution than allow a Democratic Secretary of State take office and work to end voter suppression in 2023.”