President Donald Trump’s personal attorney Rudy Giuliani claimed on Thursday that Democratic nominee Joe Biden’s projected win in the 2020 election was a result of a “national conspiracy” by Democrats.

The former New York City mayor told reporters at a press conference in Washington that he has evidence, which he cannot release, of an alleged scheme to steal key battleground states for Biden.

“There’s no doubt about it. This was not an individual idea of ten or 12 Democrat bosses. This is a plan. You’d have to be a fool not to realize that. They do the same thing in exactly the same way in 10 big Democrat-controlled, in most cases crooked, cities,” Giuliani said.

The Trump campaign has launched several legal challenges in battleground states alleging election irregularities in an attempt to block the certification of results. Although many of the lawsuits have alleged voter fraud, the campaign has yet to provide detailed evidence and witnesses to back up its claims.

The Epoch Times is not declaring a winner of the 2020 presidential election until all results are certified and any legal challenges are resolved.

Giuliani, who is leading the Trump campaign’s efforts to challenge the election results, claimed that the campaign has at least ten witnesses who are ready to testify about voter fraud in court but cannot be revealed publicly now because doing so would put their lives in jeopardy. He also claimed that he has at least 1,000 sworn affidavits from citizens alleging wrongdoing that is “enough to overturn any election.”

“If we are going to present things in court, if we present it to you, judges are not going to be very happy with us. And finally, I have to tell you, our witnesses don’t want to be exposed to the tender mercy of a vicious press,” he said. 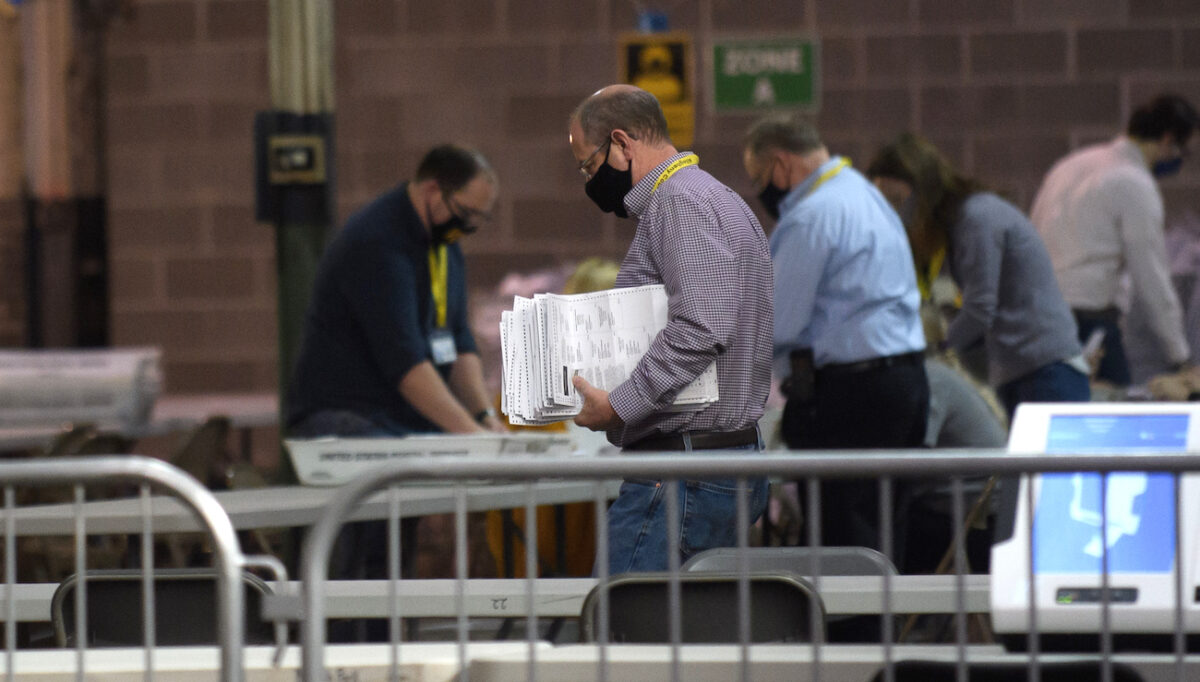 During the conference, the Trump campaign outlined different instances of voter fraud, which they alleged had occurred in battleground states such as Pennsylvania and Michigan. He cited an affidavit that was signed by a poll worker, alleging that she was instructed to pre-date ballots received after Nov. 3.

“On November 4 2020 I was instructed to improperly predate the absentee ballots when the receipt date was after November 3rd 2020,” Giuliani read from a sworn affidavit.

“We have 100 more of these. I can’t show them to you because these people don’t want to be harassed,” he added.

Lawyers representing state officials and election boards that have been sued by the Trump campaign have taken issue with the allegations of fraud, arguing that the claims are unfounded.

“Mr. Giuliani is talking about another case, some invented case, some fantasy world case. But the case before your honor, they removed those allegations,” Aronchick said in his arguments.

Giuliani announced during the conference that the campaign will file a lawsuit in Georgia as soon as Friday that will include voter fraud allegations, among other charges.

“In the city of Atlanta, Republicans were not allowed to watch the absentee mail-in ballot process. Inspections completely cast aside. And we have numerous double voters, we have numerous out-of-state voters, and we have specific evidence of intimidation and changes of vote. That will all be in the lawsuit that comes out tomorrow,” he said.

The campaign is considering filing a suit in Arizona and is also looking at Virginia and New Mexico, the lawyer said.