Trump attorney Rudy Giuliani said Georgia state legislators have no choice but to select electors for President Donald Trump after the emergence yesterday of what he called a “bank heist tape.”

“The Georgia middle of the night theft of thousands of votes changes everything,” said Giuliani, referring to a video which was first revealed at a committee hearing of the Georgia state Senate. “Watch it and Biden is not-elect anything,” he wrote on Twitter.

The footage of State Farm Arena in Atlanta shows that after poll monitors and media were told counting was done, four workers stayed behind to count ballots, at times pulling out cases containing ballots from underneath desks.

“The Bank Heist tape changes the result in Georgia,” the former New York City mayor wrote on Twitter Friday. “The State Legislature has no choice but to assume its powers under the US Constitution, article II (1) [2] and select Trump electors.”

Giuliani has repeatedly called for state lawmakers in swing states to take on the role and responsibility as final arbiter of the Nov. 3 election.

He said that there are 800 sworn statements in five states “of eyewitnesses to Democrat cheating.” 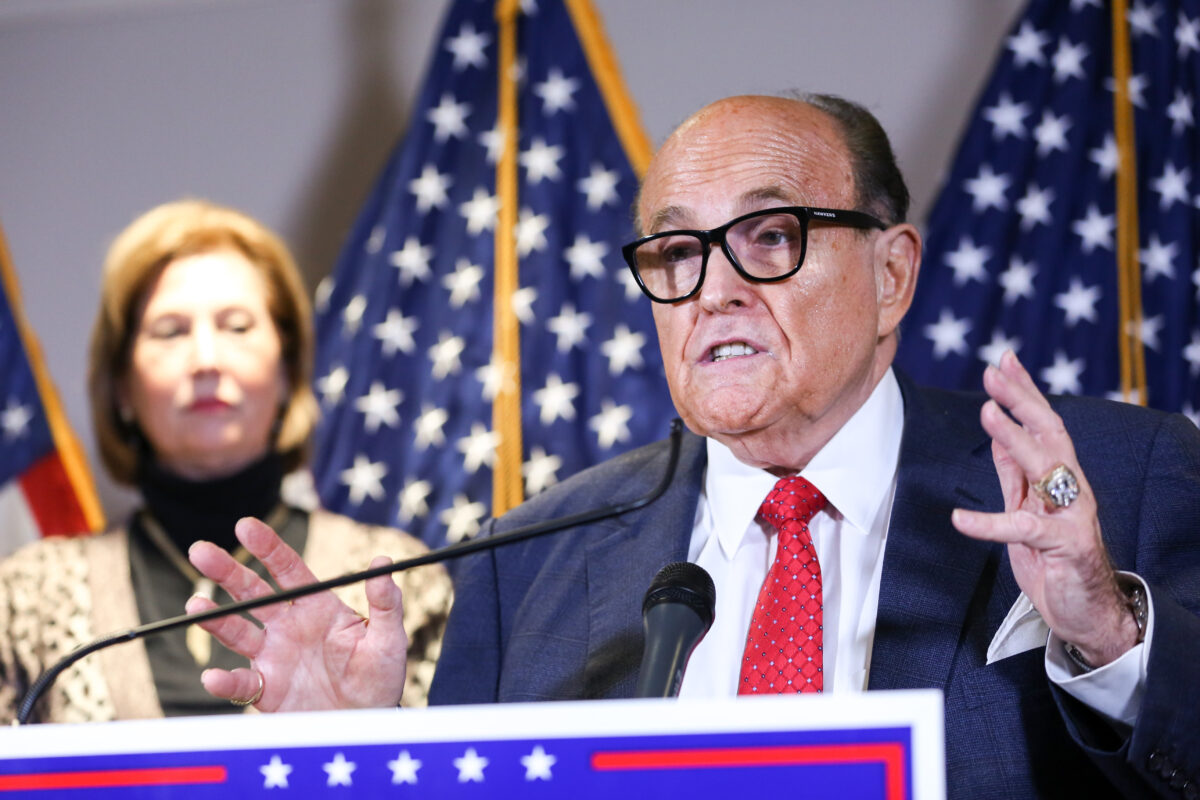 Georgia Gov. Brian Kemp described the video as “concerning” in an interview with Fox News, and called on Secretary of State Brad Raffensberger to address the video and Trump’s lawyers’ claims.

Presenting the video to Georgia state senators on Dec. 3, Jacki Pick, a lawyer volunteering for Trump’s legal efforts said “Everyone clears out, including the Republican observers and the press, but four people stay behind and continue counting and tabulating well into the night.”

At 11 p.m., once everyone was gone, workers are seen pulling out cases from under a table which is covered in a cloth. After reviewing hours of the footage, Pick said that this doesn’t appear to be a normal procedure.

Pick said that the time window was enough to process a minimum of 18,000 ballots—enough to potentially shift the state to Trump. 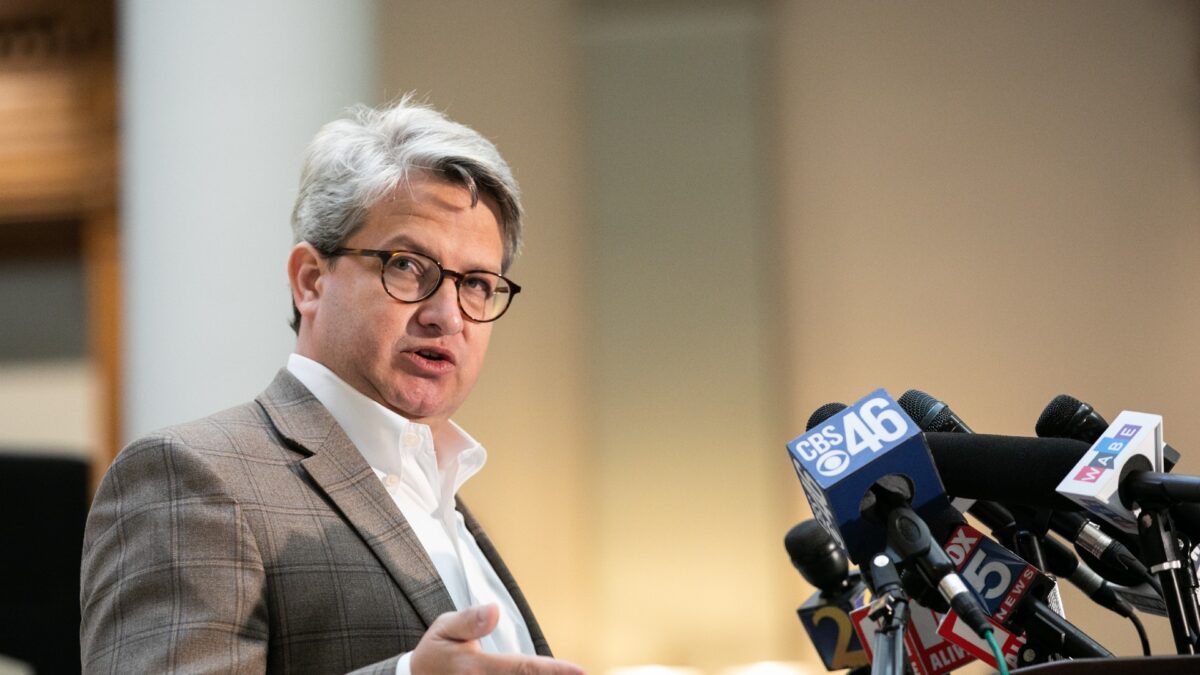 Gabriel Sterling, Voting Systems Manager for the Georgia Secretary of State’s office, answers questions during a press conference on the status of ballot counting in Atlanta, Ga., on Nov. 6, 2020. (Jessica McGowan/Getty Images)

Two election officials in Georgia, including state voting systems manager Gabriel Sterling, told a fact-checking website that what workers were doing in the video is not unusual at all. They said workers who were told to leave were involved in a different process—while those who stayed behind were involved in scanning ballots.

They did not explain why the containers were wheeled out from underneath a table, why they were placed there or who placed them there.

“What essentially happened is, and we knew about part of this on election night itself, around 10:15-10:20, there’s two groups of people in this room that are working,” Sterling told Newsmax, explaining that they had watched hours of tape. “There are cutters, the people who are opening the envelopes, and there’s the ones who are scanning.”

He said there was a “82-minute” period where no election monitor was present, but that nothing was brought into the room during that time.

State officials also claimed observers were not necessarily sent home for the night and were free to return, which GOP officials have disputed. Republican Party Chair David Shafer said that the notion observers were there and watching is “untrue, as the video shows. Our position is unchanged. Ballots were counted unlawfully and in secret.”

Jack Phillips contributed to this report

Savannah, Georgia, Reinstates Mask Mandate: 'This Is Not a Political Issue'