Rep. Fred Upton (R-Mich.) revealed Monday a threatening voicemail he received days after voting in favor of a $1.2 trillion infrastructure bill along with 12 other House GOP members.

The voicemail, containing expletives and death wishes, was aired during an interview Upton shared Monday evening on CNN.

Upton expressed his support for the infrastructure legislation in a series of Twitter posts on Friday.

“The Bipartisan Infrastructure Bill is commonsense legislation that will support critical infrastructure projects in MI without raising taxes or increasing the debt. It will help rebuild our highways and harbors, replace lead waterpipes in Benton Harbor and across the country expand broadband to underserved communities, strengthen our energy grid against Russian & Chinese cyberattacks & create jobs across SW MI,” the congressman wrote.

“I regret that this good, bipartisan bill became a political football in recent weeks. Our country can’t afford this partisan dysfunction any longer,” he added.

Following the vote, some Republican lawmakers claimed it was time to call out those who supported the bill. Rep. Marjorie Taylor-Greene (R-Ga.) referred to the 13 GOP members as “traitors.”

“Those 13 Republican traitors who voted to pass Biden’s Socialist Infrastructure bill agree with Globalist Joe that America must depend on China to drive EV’s,” she posted to Twitter on Saturday.

“The unlucky 13 are China-First and America-Last,” she added. “13 American job & energy killers.”

The congresswoman posted the office phone numbers of the 13 GOP members in the Twitter post prior to the vulgar voicemail Upton received.

Former President Donald Trump also released a statement on Saturday calling out the Republicans who supported the infrastructure bill.

“Very sad that the RINOs in the House and Senate gave Biden and Democrats a victory on the ‘Non-Infrastructure’ Bill, where only 11% of the money being wasted goes to real infrastructure,” he wrote.

“All Republicans who voted for Democrat longevity should be ashamed of themselves, in particular Mitch McConnell, for granting a two month stay which allowed the Democrats time to work things out at our Country’s, and the Republican Party’s, expense!” Trump added.

Upton was also among the 10 House Republicans who voted to impeach Trump following the actions on Jan. 6. 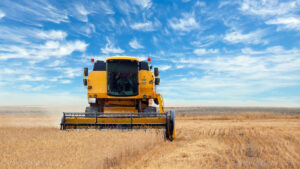 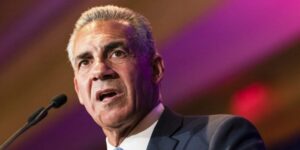