The Michigan Republican Party on Saturday urged the state’s election officials to postpone certification by adjourning for two weeks to allow for a “full audit and investigation” of Wayne County’s results amid claims of “numerical anomalies” and procedural irregularities.

The Michigan State Board of Canvassers is scheduled to meet on Monday, Nov. 23, to decide whether to certify the results of the election or seek more time to review the results. Ronna McDaniel, chairwoman of the Republican National Committee (RNC) and Laura Cox, chairwoman of the Michigan GOP, urged the board in a letter (pdf) to adjourn for 14 days and carry out a “full, transparent audit” that will allow “all Michiganders to have confidence in the results.”

“This board faces a stark choice,” they wrote. “It can either ignore numerical anomalies and credible reports of procedural irregularities, leaving the distrust and sense of procedural disenfranchisement felt by many Michigan voters to fester for years; or it can adjourn for fourteen days to allow for a full audit and investigation into those anomalies and irregularities before certifying the results.” 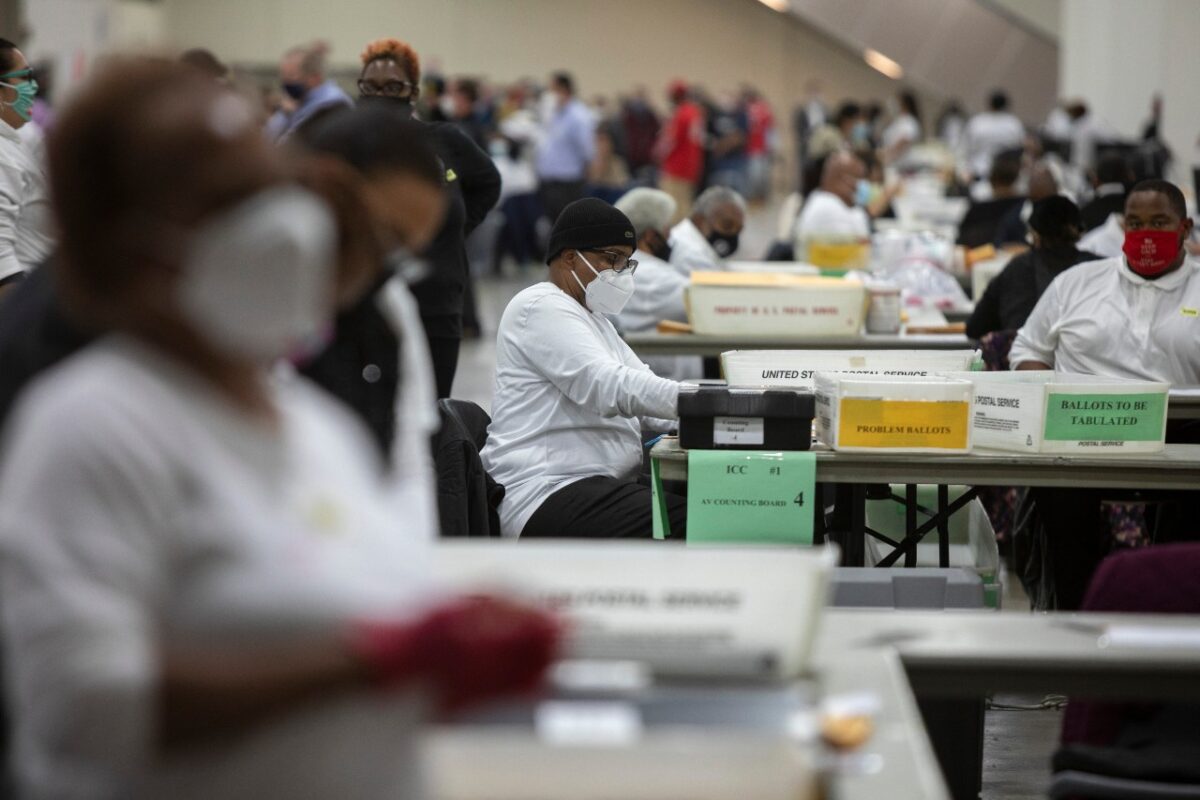 A worker with the Detroit Department of Elections helps process an absentee ballot at the Central Counting Board in the TCF Center in Detroit, Mich., on Nov. 4, 2020. (Elaine Cromie/Getty Images)

The letter echoes the concerns expressed by John James, a Republican Senate candidate for Michigan, who submitted a similar request to the board, asking members to take the two weeks for an audit.

James is contesting the results of his race against Sen. Gary Peters (D-Mich.) in the Nov. 3 election and hasn’t conceded yet. The unofficial result shows that James is behind Peters by around 92,000 votes or a gap of about 1.7 percentage points.

“I submit this request because I am interested in the truth and protecting the integrity of our elections,” James said in his statement.

“Sometimes the truth takes time to surface, and it’s rarely easy to get to. Time is the most valuable asset we have at this stage and I ask that we take all the time reasonable and allowed—not to undermine our elections—but to improve them and boost public confidence in the results of the election,” he wrote.

James said there were multiple reports of irregularities and abnormalities in Detroit’s TCF Center on the night of the election, such as poll challengers and poll workers reported feeling harassed and unable to do their jobs. 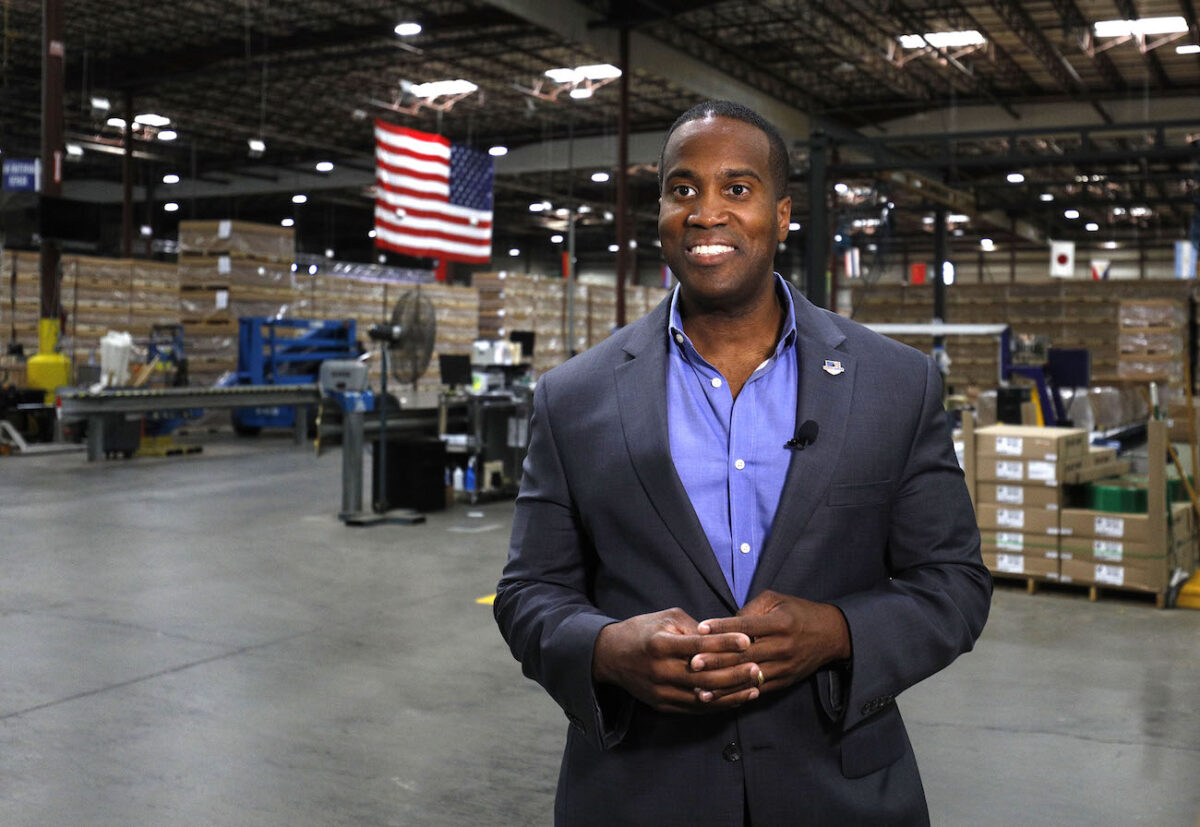 It comes after two Republican Wayne County canvassers signed affidavits saying they regret voting on Tuesday to certify the Nov. 3 election, claiming “intense bullying and coercion” and false promises of a “comprehensive audit” pushed them to agree to certify the election after earlier voting against.

“I rescind my prior vote to certify Wayne County elections,” canvasser Monica Palmer, who chairs the Wayne County Board of Canvassers, said in an affidavit signed Wednesday night, as cited by the Detroit Free Press. “I fully believe the Wayne County vote should not be certified.”

Palmer told Fox2 Detroit the reason she opposes certification is because 70 percent of Detroit’s absentee counting boards still remain out of balance and unexplained despite discrepancies being flagged in the August primary ahead of the general election. Estimates cited by Fox indicate that this pertains to around 400 votes out of the 175,000 absentee ballots cast in Detroit.

She told the outlet that she and Hartmann agreed to certify after former Vice-Chair Jonathan Kinloch, a Democrat, agreed to carry out an audit “to clarify the precincts that were unexplained.”

Kinloch said they agreed to send a request for an audit to Michigan’s secretary of state the next day.

Secretary of State Jocelyn Benson said Thursday her office would carry out a statewide risk-limiting audit of the Nov. 3 election along with some local performance audits of some jurisdictions, including in Wayne County.

“This a typical, standard procedure following election certification, and one that will be carried out in Wayne County and any other local jurisdictions where the data shows notable clerical errors following state certification of the November election,” Benson said in a statement, adding that “audits are neither designed to address nor performed in response to false or mythical allegations of ‘irregularities’ that have no basis in fact.”

“Where evidence exists of actual fraud or wrongdoing, it should be submitted in writing to the Bureau of Elections, which refers all credible allegations to the Attorney General’s office for further investigation,” she added.

A spokesperson for Benson’s office, Tracy Wimmer, told the Detroit Free Press there “is no legal mechanism” for the pair of canvassers to rescind their vote.

“Their job is done, and the next step in the process is for the Board of State Canvassers to meet and certify,” she said.

McDaniel and Cox, in their letter, said they are “distressed by the comments of some public officials in Michigan casually dismissing the significant problems and irregularities seen in Wayne County.”

“While those comments may be motivated by a desire to bolster confidence in the election results, its actual effect has been to make the over 2.6 million Trump and Republican voters in the state even more distrustful that Michigan’s election officials are ignoring their demands for free and fair elections,” they wrote.

The two pointed to Georgia’s secretary of state ordering a full, statewide audit by hand as a measure to “help build confidence” in the results as a model for Michigan to follow as officials consider next steps around certification.

21 Nov 2020
Michigan
Why Is Challenging Suspicious Election Results “A Threat To Our Democracy”?
California School District Bans Use of Classic Books in Classroom Over Racism Complaints