A hearing was scheduled for Dec. 7 in a lawsuit attempting to convince a judge to allow outside experts to examine Dominion Voting Systems machines in Georgia.

U.S. District Judge Timothy Batten Sr., a George W. Bush appointee, scheduled the hearing after an appeals court dismissed an appeal from the plaintiffs, who are being represented by Sidney Powell and other lawyers.

Batten last month ordered three counties not to wipe or rest their voting machines as he weighed whether to grant the plaintiffs’ request to have independent experts look at the machines. Powell argued the order was insufficient and appealed to the the U.S. Court of Appeals for the Eleventh Circuit for a statewide block.

The appeals court ultimately denied that appeal, setting up the 10 a.m. hearing on Monday.

“This appeal arises from last-minute litigation that alleges widespread election related misconduct and seeks sweeping relief. The issue before us, however, is a narrow question of appellate jurisdiction: has the district court entered an order that we have jurisdiction to review?” an appeals court panel write in a 12-page opinion.

“Because the answer to that question is ‘no,’ we must dismiss this appeal for lack of jurisdiction and allow the proceedings to continue in the district court.”

A hearing was originally scheduled for Dec. 4 but it was postponed because of the appeal. 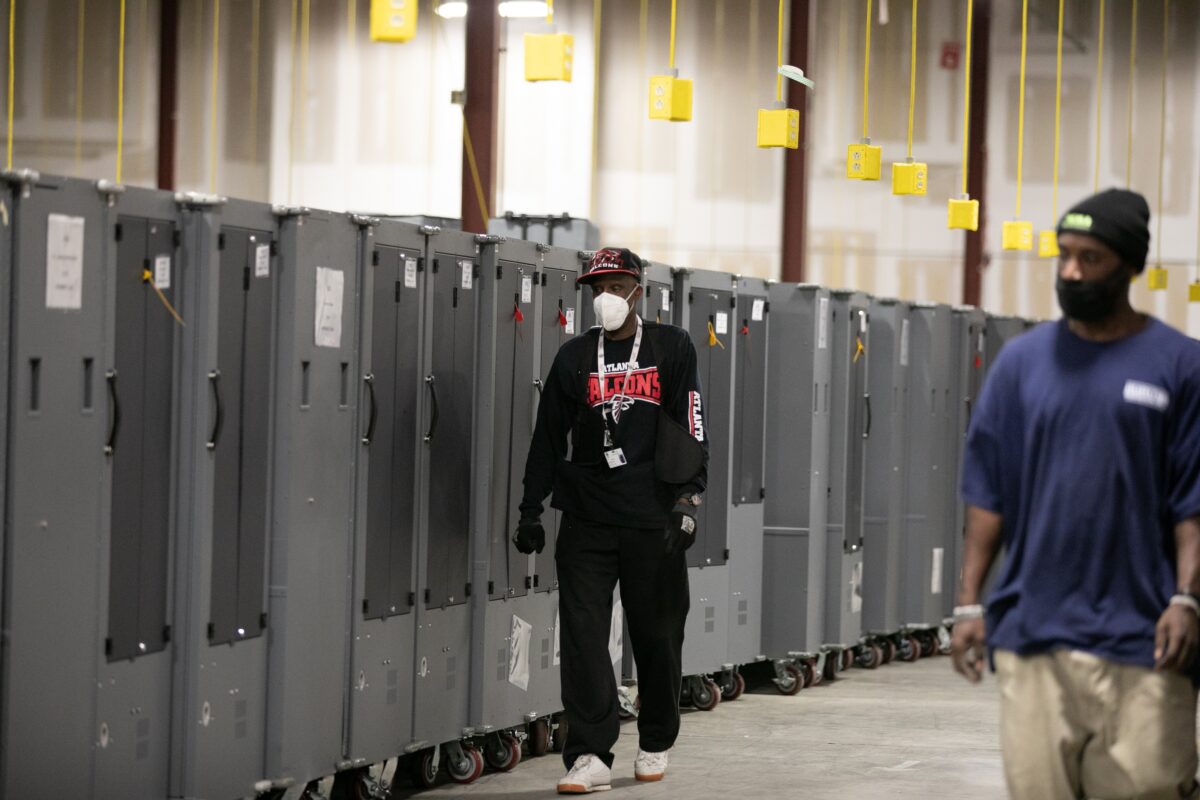 Plaintiffs, a group of presidential electors, argue there was a fraudulent scheme to manipulate the vote count to make sure Democratic presidential nominee Joe Biden won Georgia. The suit cited analysis from experts, including one who said he examined the results in Fulton County and found statistical anomalies.

Georgia officials oppose the effort to examine the machines, arguing they’re required for the upcoming Senate runoffs and need testing before then. They asked Batten to lift his order, but he denied that request when scheduling the hearing.

Georgia election officials have faced close scrutiny because the margin between Biden and President Donald Trump was one of the closest margins in the nation, and because of the number of irregularities that have cropped up.

There was also video footage released Thursday showing how election workers at State Farm Arena in Atlanta on Election Night counted ballots with no observers present, after the observers were led to believe counting was done for the night.

Officials with Secretary of State Brad Raffensperger’s office said the video showed no fraud, although they are probing the departure of the observers.

Other officials said the footage was concerning or that it showed cheating.