The Democratic-controlled House on Dec. 8 approved a military funding bill with a supermajority vote after President Donald Trump threatened to veto the measure.

Lawmakers on both sides of the aisle backed the $731 billion defense budget, despite a threat from Trump that he would not support any bill that did not include anti-censorship measures targeting social media platforms and drawdowns of troops from overseas deployments.

“I hope House Republicans will vote against the very weak National Defense Authorization Act (NDAA), which I will VETO,” Trump wrote on Twitter ahead of the vote. “Must include a termination of Section 230 (for National Security purposes), preserve our National Monuments, & allow for 5G & troop reductions in foreign lands!”

The 335-78 vote represents 80 percent of the House, easily clearing the two-thirds supermajority required to override a veto. A total of 140 Republicans voted for the bill. The House Freedom Caucus, composed of more than 30 conservative lawmakers, stood with the president and voted against the bill.

“We stand with the president,” Rep. Andy Biggs (R-Ariz.), the caucus chairman, said.

“This particular NDAA bill is filled with flaws and problems,” including limitations on troop withdrawals ordered by Trump in Afghanistan and Germany, Biggs added. 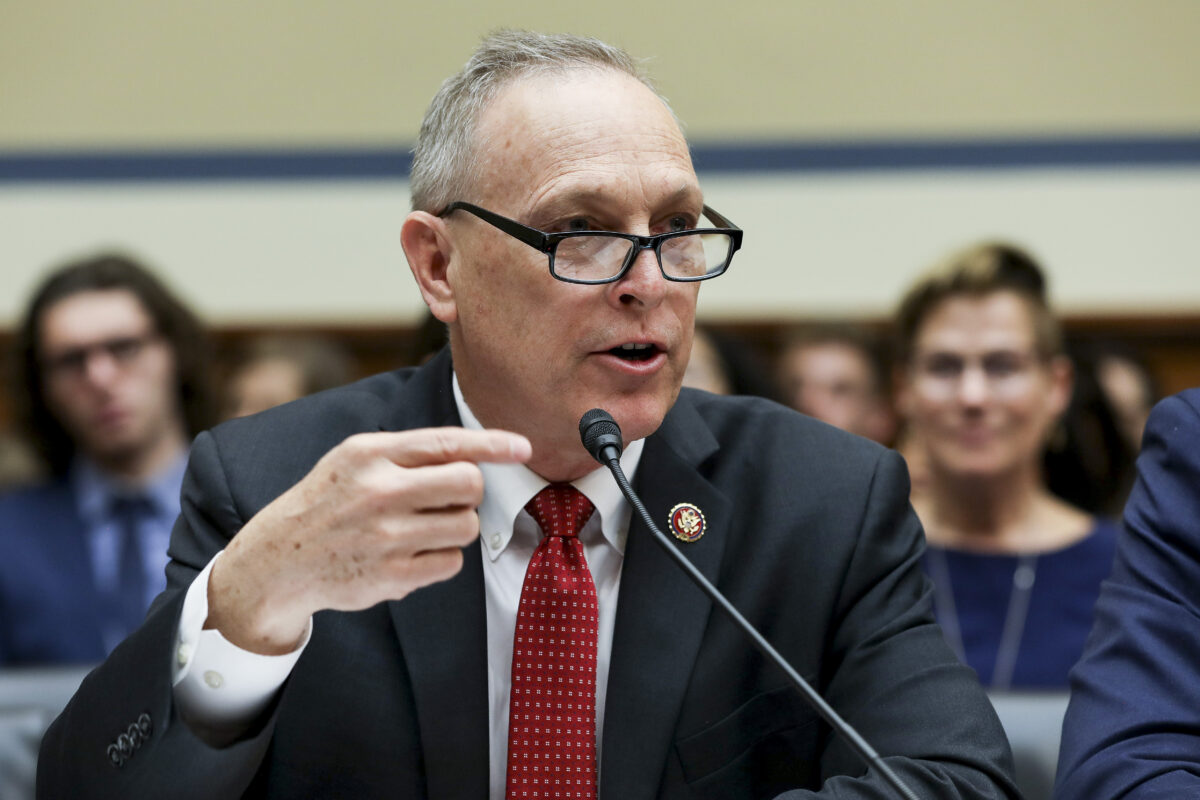 Rep. Andy Biggs (R-Ariz.) testifies at a House hearing in front of the Committee on Oversight and Reform, in Washington on July 12, 2019. (Charlotte Cuthbertson/The Epoch Times)

Rep. Liz Cheney (R-Wyo.) a senior House Republican, asked the president to not follow through on his veto threat but said the GOP would override one if issued.

Measures approved by the House and Senate would require the Pentagon to rename bases such as Fort Benning and Fort Hood named for Confederate generals, but Trump opposes the idea and has threatened a veto over it.

The powerful Republican chairman of the Senate Armed Services Committee, Sen. James Inhofe of Oklahoma, said he had spoken to Trump and explained that the defense bill is not the place for the big tech fight.

“I agree with his sentiments—we ought to do away with 230,” Inhofe told reporters. “But you can’t do it in this bill.”