The House of Representatives expects to vote on Wednesday on the Senate-passed version of President Joe Biden’s COVID-19 relief package.

The House Committee on Rules was meeting on Tuesday at noon to discuss the Senate’s alterations to the package in preparation for the votes.

The House passed the bill last week and the Senate passed it on Saturday. But senators made changes, including decreasing the supplemental weekly unemployment aid by $100 to $300 a week. Senators also lowered the ceiling for a fresh round of stimulus checks. Under the altered version of the package, only individuals making $75,000 or less can receive the full $1,400. And people making over $80,000 won’t get a check.

The top Senate rules expert also ruled that the package could not contain a federal minimum wage increase because of the way it’s being passed. Democrats are utilizing a budget process to avoid needing any Republican votes. Democrats had inserted a wage increase to $15 an hour in the House version.

No Republicans voted for the package in the House or the Senate. In the upper chamber, Democrats rejected all but three Republican-proposed amendments. 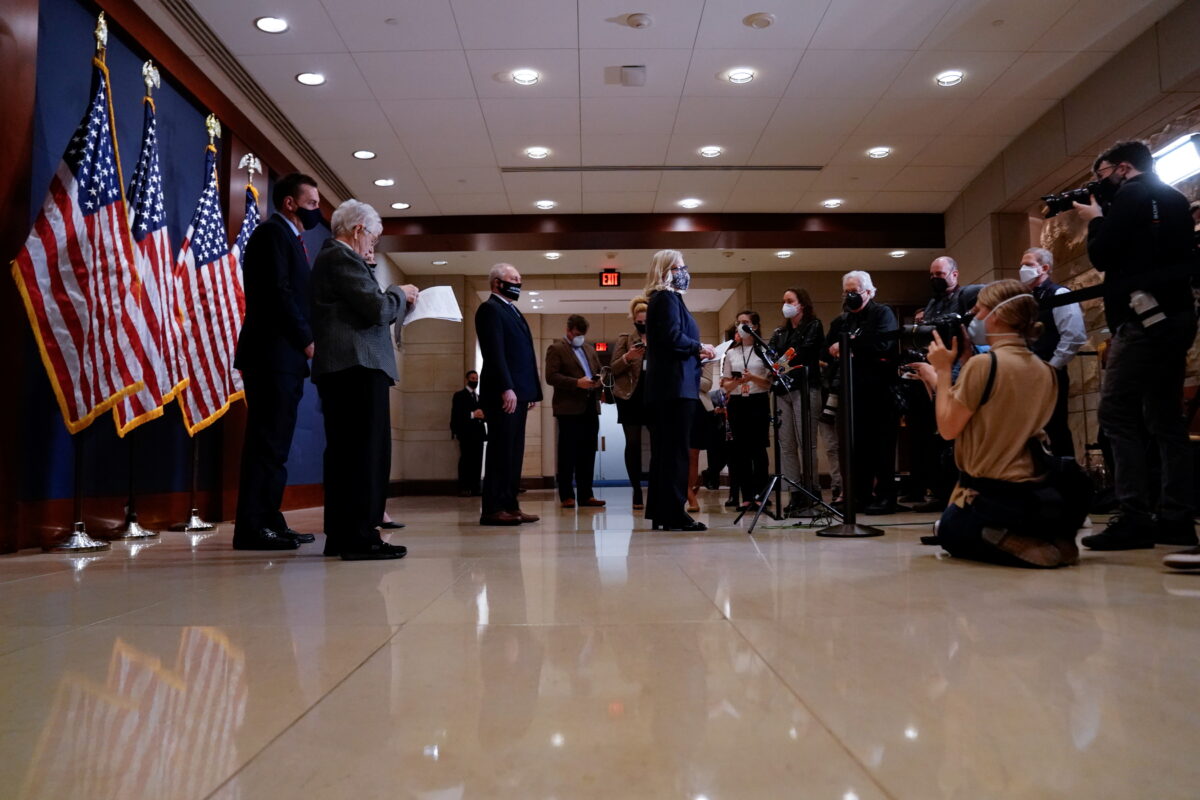 Republicans say the $1.9 trillion package contains a number of measures unrelated to the COVID-19 pandemic and note that the bulk of the spending on key issues, such as funding to schools, is backloaded, undermining the claim that the bill needs to be passed quickly to combat the pandemic.

“It’s a real tragedy, when you look at that package, we know that the result of that package will be middle-class tax increases. We know for sure that it includes provisions that are not targeted, they’re not temporary, they’re not related to COVID,” House GOP Conference Chairwoman Liz Cheney (R-Wyo.) told reporters during a press conference in Washington on Tuesday.

Democrats say the pandemic has left millions of Americans struggling to survive and that the package contains key provisions that will help them get back on their feet, while bolstering the response to the pandemic, including adding funding for vaccine administration and distribution.

The plan will “comprehensively and compassionately meet the moment as a result of the devastating COVID-19 pandemic,” House Democrat Caucus Chairman Hakeem Jeffries (D-N.Y.) told reporters on Capitol Hill on Tuesday.

“This legislation represents the boldest action taken on behalf of the American people since the Great Depression, and will give us the tools to build back better. It will put money in people’s pockets. It will cut poverty in half, cut child poverty in half. And it will give our communities the resources they need to safely reopen schools,” added Rep. Pete Aguilar (D-Calif.), the caucus’ vice chairman.

Biden told reporters on Monday that he’ll sign the package as soon as it passed through Congress.