House Republicans Explain Why They Voted for Infrastructure Bill 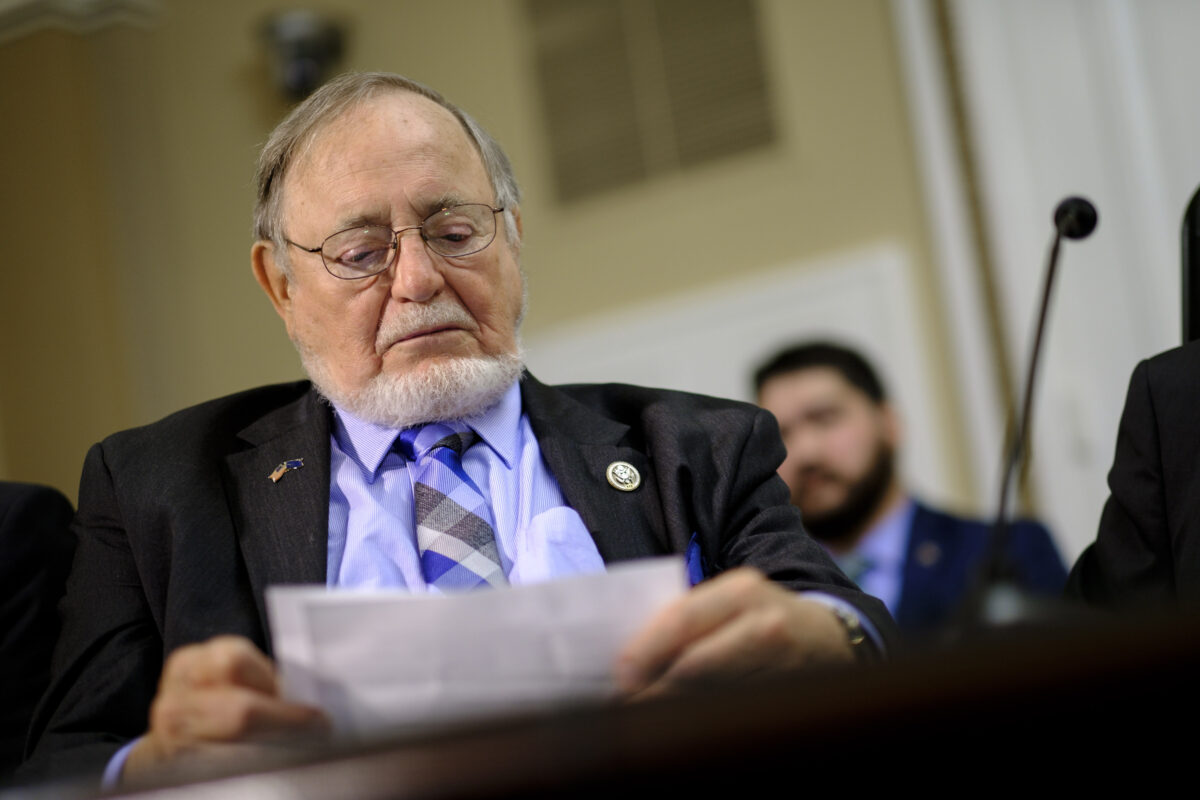 6 Democrats voted no, but enough GOP members crossed the aisle for the bill to pass

The House of Representatives passed a $1.2 trillion infrastructure package Friday, with most Republicans voting against and most Democrats voting for the legislation.

Six Democrats did vote against the package. That set the vote up for failure if no Republicans supported it. But 13 Republicans ultimately did, including former Democrat Rep. Jeff Van Drew (R-N.J.) and retiring Rep. Adam Kinzinger (R-Ill.).

Rep. David McKinley (R-W.Va.), another Republican who crossed the aisle, said in a statement that he refused to “play politics” and instead “put America and West Virginia first.”

“The bipartisan plan that passed the House will help transform West Virginia, resulting in better roads, reliable internet across our state, and needed upgrades to water systems that were built a century ago,” he said.

“The federal government has created the crisis of deteriorating roads, defunct bridges, and vulnerable dams and levees through its inaction. These types of arteries are the lifeblood of American commerce and must be improved. America’s infrastructure has reached a breaking point, and this is a challenge we can no longer ignore,” he said in a statement.

Rep. Don Bacon (R-Neb.) noted that the bill drew Republican support in the Senate. It will “fix our highways, seaports, and locks, and will provide more access to rural broadband,” he said.

“But truthfully, few pieces of legislation are. However, I firmly believe that we cannot sacrifice the good for the perfect. Very frankly, inaction on infrastructure risks our nation’s fundamental economic independence and strength,” he said.

Republicans who supported the package insisted they still opposed the spending bill Democrats hope to ram through Congress using a process called reconciliation, which would cut out the need for GOP votes if it draws enough Democrat votes.

The bills were tied together by President Joe Biden and congressional leaders like Rep. Nancy Pelosi (D-Calif.) So-called progressive Democrats had for weeks refused to approve of the infrastructure piece, insisting on a vote first on the larger package. Friday’s vote came after House Democrats reached an agreement to bring the larger package, now pegged at $1.75 trillion, to a vote in the near future.

Democrats currently control the House, with 221 members to Republicans’ 213.

That meant four or more Democrats voting against the package would doom it, provided all Republicans voted no.

Six Democrats ended up voting against the bill. All are known by the progressive label.

Rep. Rashida Tlaib (D-Mich.), one of the six, said that there has been an agreement in place to pass the infrastructure bill and the larger package in concert.

“Today that agreement was broken, as a vote was forced on [infrastructure] without a real vote on Build Back Better at the same time,” she said, adding that her “no” vote also came because she felt the infrastructure bill would “make communities like those I represent less safe, less healthy, and less protected from corporate polluters.”

Rep. Cori Bush (R-Mo.) said that voting for infrastructure separate from the spending package “would have jeopardized our leverage to improve the livelihood of our health care workers, our children, our caregivers, our seniors, and the future of our environment.” Rep. Ilhan Omar (D-Minn.) offered a similar view, saying that passing the infrastructure bill first would risk not getting the larger package passed.

Virtually every Republican opposes that package, which includes a number of radical provisions. Some versions of the bill have drawn opposition from Sens. Joe Manchin (D-W.Va.) and Kyrsten Sinema (D-Ariz.). Democrats can’t afford to lose a single senator’s vote in the 50-50 upper chamber unless one or more Republicans cross the aisle.

Pelosi, meanwhile, said she voted for the infrastructure package because it will create millions of jobs and help improve roads, bridges, and public transit. House Minority Leader Kevin McCarthy (R-Calif.), who predicted few Republicans would vote for the bill during a recent briefing, has not reacted yet to the vote.

Biden cheered the bill’s passage in remarks delivered from the White House on Saturday. He said the bill will “transform our transportation system” and modernize U.S. ports and airports.

In a nod to the GOP support that came through, Biden said he wouldn’t hold a signing ceremony yet.

“I’m not doing it this weekend because I want people who worked so hard to get this done—Democrats and Republicans—to be here when we sign it,” he said.