Insanity Wrap #92: Stacy Abrams Is the Governor of Georgia and You're Not

Insanity Wrap needs to know: When is it OK to celebrate the ranting delusions of someone still contesting an election they lost fair and square?

Answer: When she has a (D) after her name.

Before we get to the sordid details, a quick preview of today’s Wrap.

And so much more.

It’s nice to be part of the in-crowd:

In light of an unprecedented rapid rise in COVID-19 cases across California, Gov. Gavin Newsom on Thursday announced a limited stay-at-home order. The order requires “generally that non-essential work, movement and gatherings stop between 10 PM and 5 AM in counties in the purple tier.” That means basically every county in Southern California and 94% of the state’s population.

But Newsom’s office told Deadline on Thursday that the order (read it here) did not apply to entertainment industry workers, who are on the list of essential workers and thus an exception to the rule.

Insanity Wrap feels the need to remind you of one very important detail: Hollywood barely produces anything in California anymore.

Chances are, your favorite (or even least-favorite) movie or TV show is filmed somewhere near Vancouver or Toronto, or in Georiga or North Carolina — pretty much anywhere other than a Hollywood studio building.

So it isn’t like Newsom’s favoritism is going to save the jobs of local gaffers, set decorators, or cameramen.

It’s mostly upper-level management who are allowed to go about their business, whatever the hell that might be.

Who Is This ‘We,’ Kemosabe?

This sounds like an open threat against a sitting President of the United States. https://t.co/cZANE4SWYB pic.twitter.com/zzxiNXet7o

Insanity Wrap has some news for these two jokers.

Barack Obama hasn’t been president for nearly four years, and his “orders” carry as much weight as Insanity Wrap trying to get a table at the French Laundry after Gavin Newsom has already booked the entire place for his niece’s eighth birthday party or whatever.

“Hello? Is this the SEALs?”

“I just answer the phones here, but OK.”

“This is Barack Obama, your former president. I need you fellas to storm the Oval Office.”

As for Jimmy Kimmel, Insanity Wrap seriously doubts that his people trust him with anything more dangerous than a paper straw, and they’re right to do so. 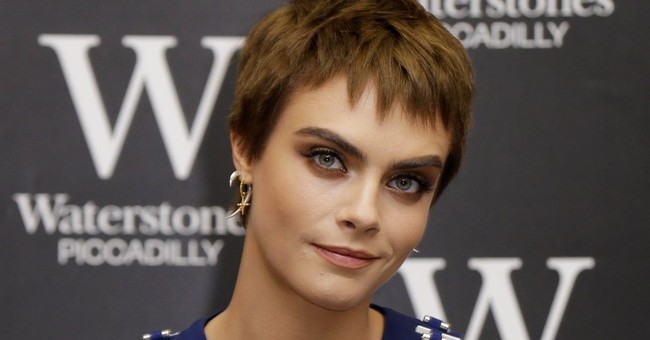 One of the groups has vandalized a business at #QueenAnne Ave N and W Boston St. Members of the group formed a line to obscure any view of those who were vandalizing. pic.twitter.com/62smug7zJt

Insanity Wrap would point out the hammer and sickle, on the off chance that you hadn’t already noticed.

The West, but especially the U.S., fought and won a 45-year-long Cold War — that sometimes went very hot in places like Korea and Vietnam — to put those cold-blooded Commie killers on the ash-heap of history where they belong.

And yet just 30 years later a bunch of LARPer goons think communism is somehow chic.

We’ll be drinking our breakfast.

This is just sad.

It’s Insanity Wrap’s lovely bride’s birthday today, and so of course we have dining-out plans this weekend.

We’re hoping beyond hope that our reservations can still be honored, but it won’t be easy since restaurants operating at half-capacity have just had that cut in half yet again.

We wonder how many will still be open at all in the spring when our next birthday comes around.

Previously On Insanity Wrap: Spike Lee to Make a Musical About Viagra, and We Give Up Making Fun of the World

The Craziest Person in the World (Today)

Are you feeling ok?. pic.twitter.com/QBkYXAAtXI

Insanity Wrap is the craziest person in the world today because we believe these two things at the same time:

Stacey Abrams On Finishing the Job In Georgia

Insanity Wrap was done caring about Stacey Abrams before we even began.

Nevertheless, we’re going to inflict upon you, gentle reader, a small selection of sweetened tripe from Rebecca Traister of New York Magazine:

In the math-addled hours after polls closed on Election Day, as the New York Times needle tipped delicately toward blue in Georgia, the nation’s attention followed, homing in on one of its most transformative political figures: Stacey Abrams.

She is extraordinary, partly because she has one of the most detailed-oriented, forward-looking, compulsively organized brains in politics. Abrams—who served as minority leader in Georgia’s state legislature for seven years before running for governor in 2018, losing narrowly to Georgia’s then–Secretary of State Brian Kemp, in one of the most flagrantly voter-suppressed elections in recent memory—has been working to turn her state from red to blue for more than a decade. Now that her promise has (this time at least) been made manifest, many in the Democratic Party are looking toward Abrams as a kind of silver bullet: a figure who can be installed—in the Cabinet or as head of the DNC—to perform her magic across the nation.

Those are just the first two paragraphs of an overly-long and disgustingly syrupy tribute to “Governor” Abrams, who might be the most damaged (and damage-causing) political figure to stomp across the American stage since Hillary Clinton.

Insanity Wrap apologizes for asking you to read even that little of Traister’s work, but we felt it was necessary for you to understand what it is we must wade through every morning in order to bring you the very best of the worst of the daily news.

We would also remind you that the very same people ridiculing Trump for pursuing his legal options in a contested election are celebrating Abrams’ deluded claims that she’s the rightful governor of Georgia following an election result that was barely and briefly contested.

We did already mention we’re drinking our breakfast today, yes?

Nothing to See Here, Move Along

PENNSYLVANIA: “I estimate that the number of ballots that were either requested by someone other than the registered Republican or requested and returned but not counted range from 89,397 to 98,801” pic.twitter.com/xIxboajv1Y

Plus: “Matt Braynard, the director of the Voter Integrity Project, which conducted the survey, said Miller’s conclusions are ‘indicative of a kind of problem that we’re seeing not just in Pennsylvania but in many of the other states’.”

‘Shall Not Be Infringed,’ You’re Doing It Wrong 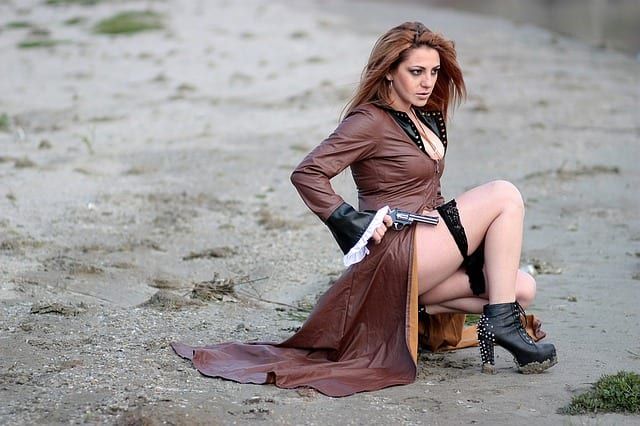 (Image by Adina Voicu from Pixabay.)

Because we do not live in a sane world, the announcement came via Twitter.

🚨BREAKING🚨I have successfully BLOCKED a massive gun show from operating at full capacity this weekend in NOVA.

Putting hundreds or even thousands of Virginians at risk for the sole purpose of selling guns is just not worth it and I’m pleased that the Judge agreed with me.

David Harsanyi was savage in his National Review column:

Note the celebratory tone in which the attorney general — allegedly the state’s top law-enforcement officer, not a babysitter or even a health official — talks about stopping Virginia gun owners from peacefully assembling and practicing their Second Amendment rights.

Herring found a judge who let him shut down The Nation’s Gun Show, which his office called “a massive potentially 25,000-person indoor gun show” that “would most certainly become a superspreader event and could infect hundreds if not thousands of Virginians with COVID.” Knowing that it would be financially untenable for them to continue, Herring demanded the event be open to only 250 people when it has a capacity for 25,000.

Herring’s contentions are all risible. There is no evidence that the 50,000-square-foot facility that was to house the event — one that requires masks and social distancing and operates at 50 percent capacity — will become a superspreader event. If it were so, Herring would be fighting to shut down every Walmart and Target in Virginia.

Herring is going after guns because the Wuhan Virus shutdown gives him an excuse to go after guns.

Insanity Wrap is witnessing something horrific in this country, and it isn’t the pandemic. 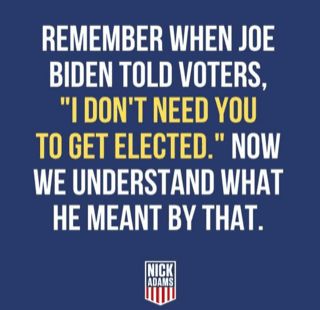 When you have the choice between laughing and crying, always choose to laugh.

That’s a Wrap for today.

Come back tomorrow for another Insanity Wrap…

…assuming we make it that long.