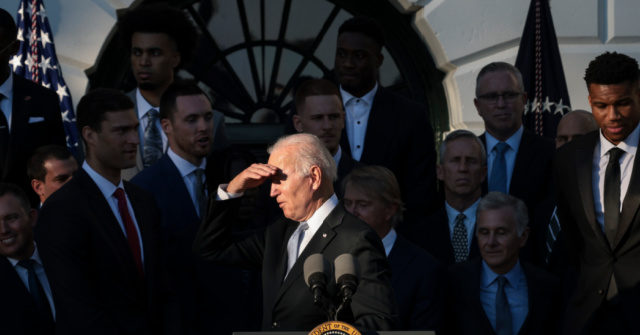 President Joe Biden complained Tuesday that House Republicans were considering stripping committee chairmanships from Republicans who voted for his infrastructure bill on Friday.

“I’ve never seen it like this before,” Biden said. “It’s got to stop for the sake of America.”

Punchbowl News reported that many Republican members of the House were critical of the 13 Republican lawmakers who voted for Biden’s agenda, and that as a result, there were discussions about stripping their committee assignments as punishment.

Conservatives narrowed in on Rep. John Katko (R-NY), the ranking Republican member on the Homeland Security Committee, who also voted to impeach President Donald Trump, voted to create an independent commission to investigate the riots on Capitol Hill on January 6th, and also joined Democrats by voting to strip Rep. Marjorie Taylor Greene of her committee assignments.

Biden appeared horrified by the reports, condemning the idea during a Virtual Grassroots event for the Democrat National Committee on Tuesday evening

He defended the Republicans who voted for his $1.3 trillion spending bill, praising them for generating “consensus” with Democrats and demanded that they keep their chairmanships.

“[T]he very people who voted for it initially — because it looked like the Democrats were going to be given credit for something — are now being threatened with their chairmanships,” he said. “It’s just not right. We’re going to change it though.”

Biden called for “more civility in politics” as a solution.

“I really mean it. And I’ve never seen it this way,” he said.

In another virtual fundraising speech to Democrats, Biden cited Trump supporters storming Capitol Hill on January 6th as an event that shook the world’s faith in American democracy.

“They see the polarization. They see the attacks of January the 6th,” Biden said referring to the rest of the world. “And they’re asking if American democracy can deliver.”

He concluded, “My answer is: Not only can we deliver, we have to deliver.”

9 Nov at 11:31 pm
California Gov. Newsom Says He Was Absent to Spend Time With Children 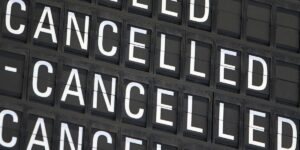