Jury selection is starting Monday in the trial of Derek Chauvin, the former Minneapolis police officer who is charged with second-degree murder and manslaughter in the May 2020 death of George Floyd, triggering protests and threats of rioting.

Selecting jurors will take no more than three weeks, according to a court order.

During the selection, lawyers for Chauvin will have 15 challenges to prospective jurors. State prosecutors will have nine. 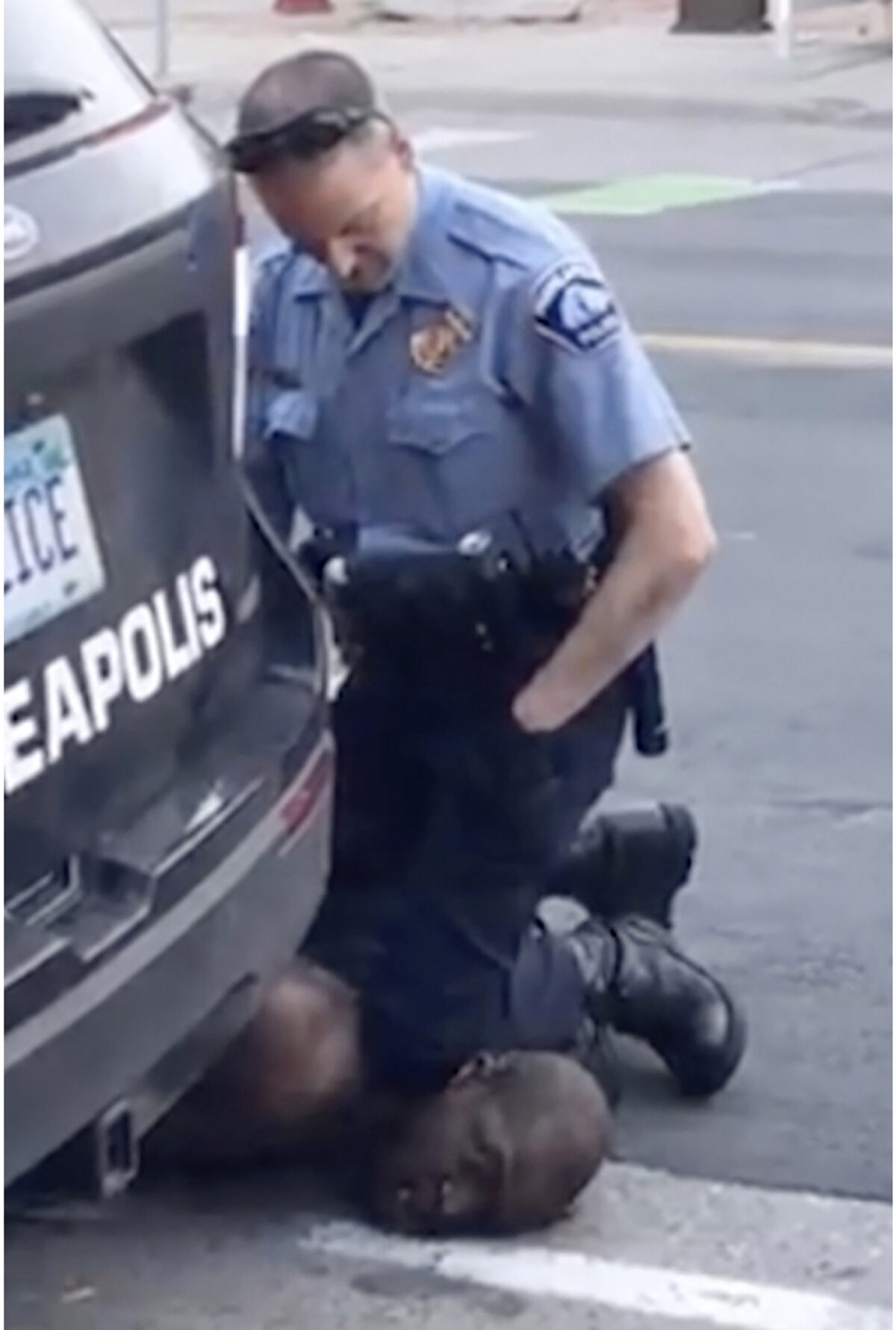 In an image from video, then-Minneapolis Police Officer Derek Chauvin kneels on the neck of George Floyd in Minneapolis, Minn., on May 25, 2020. (Darnella Frazier via AP)

Potential jurors are not being referred to by name in a bid to keep their identities shielded.

The selection will start at 9 a.m. each day in the Hennepin County Government Center. One member of Floyd’s family is allowed to be present during the trial; relatives can rotate through the position. The same restrictions apply to Chauvin’s family.

Chauvin was one of four officers involved in the arrest of Floyd in Minneapolis on May 25, 2020. Officers were called at 8:08 p.m. after he allegedly used a counterfeit $20 bill at a convenience store.

Chauvin, the highest-ranking officer present, held Floyd on the ground by using his knee to pin his neck after other officers failed to get Floyd inside a patrol vehicle. Officers said Floyd resisted; Floyd claimed he did not, but said he didn’t want to get inside the vehicle because he was claustrophobic.

After 7 to 9 minutes of being pinned to the ground, Floyd ceased breathing and speaking, according to the criminal complaint filed against Chauvin.

Floyd was rushed to a hospital and declared dead. 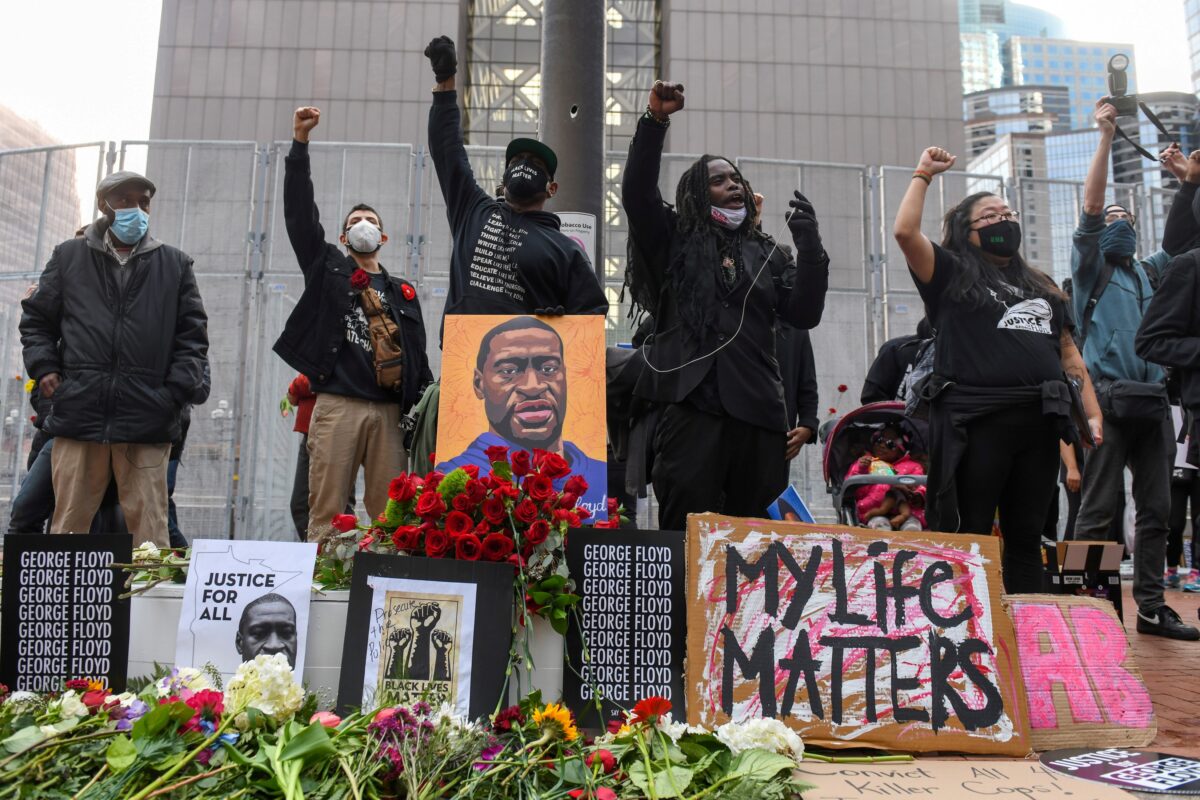 Protesters raise their fists and chant after a march a day before jury selection is scheduled to begin for the trial of Derek Chauvin, the former Minneapolis policeman accused of killing George Floyd, in Minneapolis, Minn., on March 7, 2021. (Nicholas Pfosi/Reuters)

The county’s medical examiner in an autopsy concluded that Floyd died from cardiopulmonary arrest while being restrained by officers. Testing revealed Floyd, who had a history of heart disease, had fentanyl and methamphetamines in his system. The examiner opined that the underlying health conditions and presence of drugs contributed to the death, and ruled the manner of death homicide.

The murder and manslaughter charges stem from Chauvin causing Floyd’s death “by perpetrating an act eminently dangerous to others and evincing a depraved mind, without regard for human life,” prosecutors wrote in the complaint.

Chauvin’s lawyers have argued that the state hasn’t shown probable cause to sustain the charges.

The three other former officers are being tried later this year on lesser counts.

Floyd’s death triggered protests and riots across the nation, including in Minneapolis. People asserted the death was an example of systemic police brutality.

Thousands of protesters marched in the city on Sunday, carrying a fake coffin and chanting “no justice, no peace,” a common refrain from the Black Lives Matter movement. Others held banners, including one that stated “I can’t breathe.” Floyd uttered those words while being pinned to the ground. 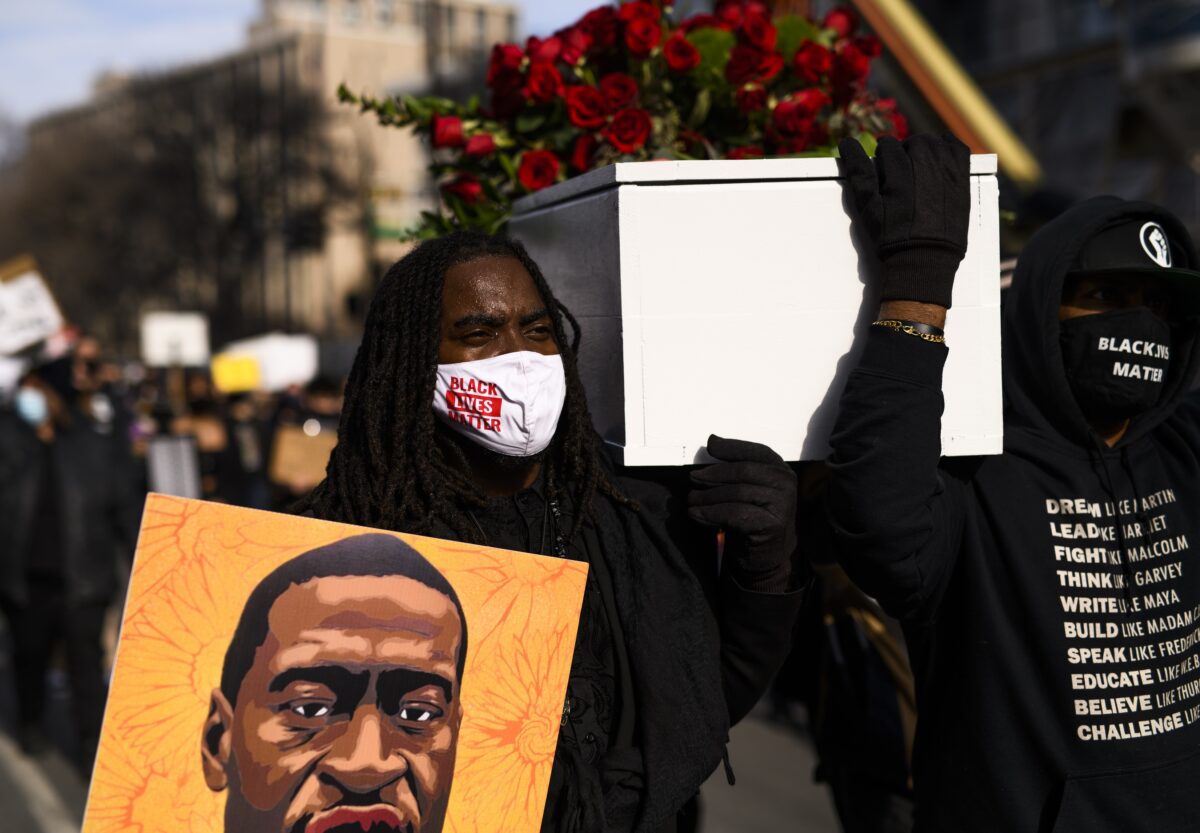 People carry a casket covered in roses during a march in honor of George Floyd in Minneapolis, Minn., on March 7, 2021. (Stephen Maturen/Getty Images) 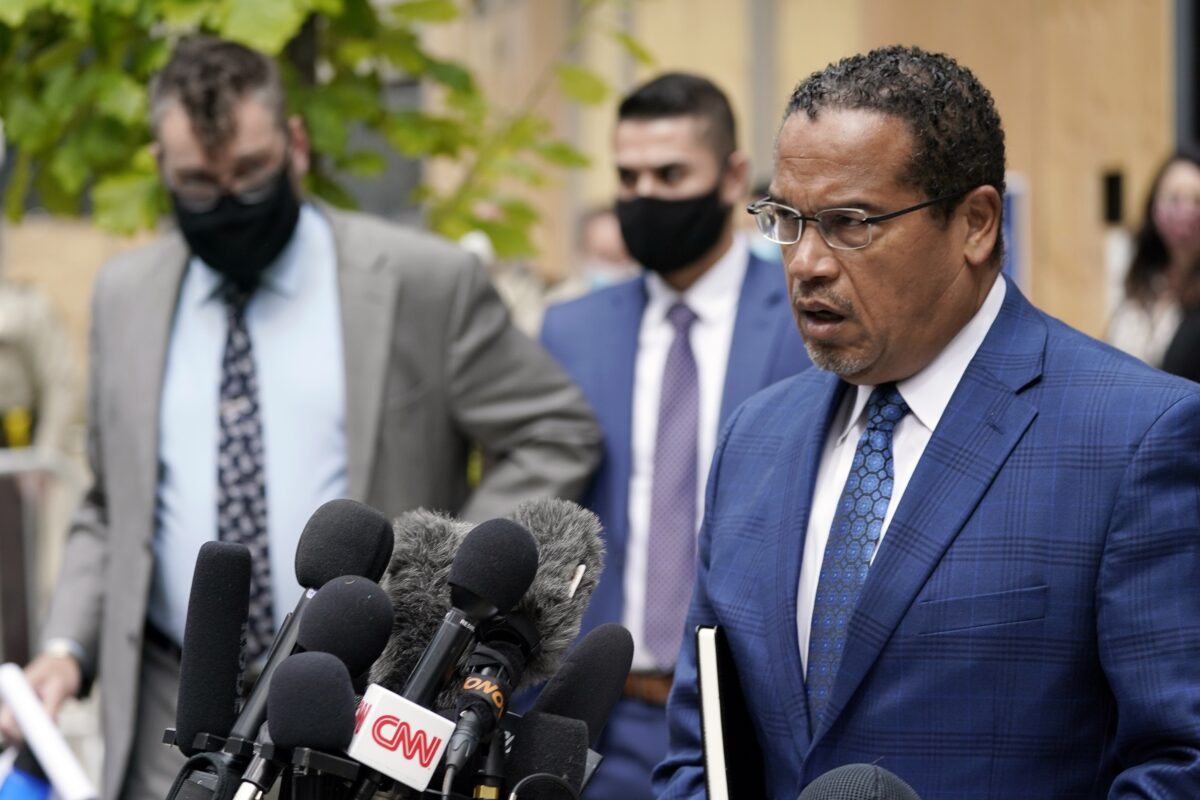 Minnesota officials have worked for eight months to prepare for the trial and its aftermath, including activating the National Guard in Minneapolis and nearby areas.

The trials of Chauvin and the other officers “have raised the potential of civil unrest,” Gov. Tim Walz, a Democrat, wrote in a recent executive order.

Workers also erected barricades around the courthouse and other buildings in anticipation of unrest.

The planning is guided by two core principles, “prevention of damage to property and crimes, as well as also ensuring First Amendment constitutional rights for those who wish to peacefully gather and assemble and demonstrate,” Minneapolis Police Chief Medaria Arradondo told reporters on March 1.

Michael Paul, the special agent in charge of the FBI’s Minneapolis Field Office, said there are no current credible or specific threats.

“However, we know from experience that the threat environment and the threat picture evolves daily,” he added. “This is a fluid time of heightened rhetoric, and publicized and politicized information across social media and the internet. Threats can transition from aspirational to operational very quickly. And our job will be to sift through the threatening communications to determine which are true indicators of an escalation towards criminal activity or violence. If and when the threats cross this threshold, FBI Minneapolis will work hard with the partners you see in front of you here today to disrupt and mitigate them before violence occurs.”