Democrats unanimously voted to defeat a Republican resolution to censure Maxine Waters after she incited violence.

Rep. Maxine Waters (D-CA) flew to Minnesota Saturday to stir up hate on the streets.

Waters urged violent leftists to “get more confrontational” with authorities as the Chauvin trial wrapped up.

The Minnesota National Guard was fired at in a drive by shooting in north Minneapolis early Sunday morning — just hours after Mad Maxine incited violence.

House Speaker Nancy Pelosi on Monday said Maxine Waters did not need to apologize for her incitement to violence that led to a drive by shooting at the National Guard.

Every House Democrat backed Maxine Waters and defeated the resolution to censure her. 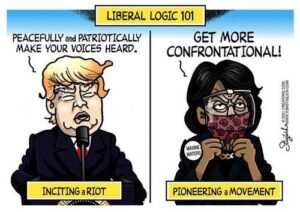