Lincoln Project co-founder really, really wants the world to believe he had nothing to do with his group's racist hoax in the Virginia governor's race 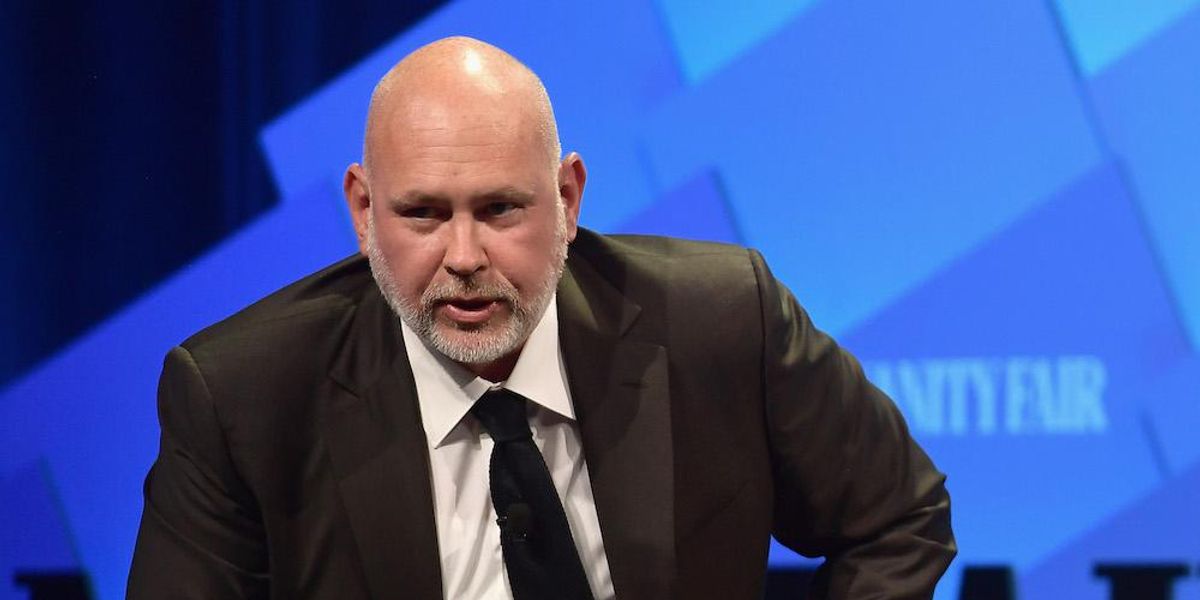 Steve Schmidt, the co-founder of the anti-Trump group known as the Lincoln Project, wants Americans to understand that he’s not one of the “bad guys” who orchestrated the now-infamous racist hoax against Republican Glenn Youngkin in the days leading up to the Virginia gubernatorial election earlier this month.

Yes, his group launched the attack, Schmidt acknowledged this week, but he promised that he had nothing to do with it.

And he hopes people believe he never would have had anything to do with such “dishonest” activity.

Never mind those reports that the Lincoln Project’s leadership knew about and covered up sexual harassment allegations against Schmidt’s organization’s co-founder John Weaver for more than a year.

Don’t pay any attention to his previous admission that he attempted to undermine a female co-founder by publicly disseminating her private conversations with a reporter who was covering the Weaver scandal.

And forget about the fact that tens of millions of the dollars Schmidt’s group raised were funneled to firms run by the group’s leaders.

No, Americans must believe that he had nothing to do with his group’s dishonesty this time. He wants them to rest assured that his hands are clean regarding the Lincoln Project’s nasty race hoax where folks pretended to be white supremacists, gathered around Youngkin’s campaign bus, and declared their support for the GOP nominee.

In an interview with “America at a Crossroads” on Wednesday, Schmidt decried the “recklessly stupid,” “dishonest,” and “cheap” trick pulled by the Lincoln Project, claiming that he “learned about it on the news like everybody else and had no involvement with it.”

According to Schmidt, he’s not been involved with the group’s day-to-day efforts since the Georgia special elections in January.

In fact, he claimed he was furious about the Virginia stunt at the time.

“On the one-to-ten scale of being very angry, internally I clocked in at about a 57,” Schmidt stated. “And I expressed my opinions internally.”

However, as he admitted, he didn’t bother to say anything publicly.

Why not say something? Well, according to Schmidt, staying quiet about something that he found horribly outrageous and an example of “appalling judgment” by the group’s leadership was preferable to hurting the chances of the Democratic nominee for governor.

“If I did [say something publicly], I knew it would be more of a distraction for [Democratic nominee] Gov. McAuliffe, and I didn’t want to do that,” Schmidt told the outlet.

“But I thought the action was recklessly stupid, it was dishonest, and cheap,” he added. “It is exactly the wrong way to approach the fight against a real fascist movement, against extremist elements.”

On tonightu2019s show, @SteveSchmidtSES said @ProjectLincoln sending protesters dressed as neo-Nazis to a Youngkin rally in Virginia was u201crecklessly stupid,u201d u201cdishonest,u201d and u201ccheap.u201dnnu201cIt was exactly the wrong way to approach the fight against a real fascist movement.u201dpic.twitter.com/xcZeor2zBD 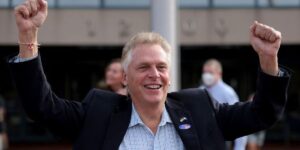 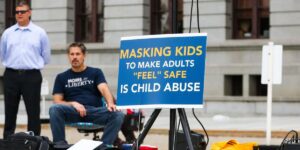