“We have been on the ground in Nevada for a while and looking into all sorts of claims of voter fraud. And we’ve developed a very long list of concerning episodes,” Grenell told The Epoch Times’ American Thought Leaders program.

The episodes include the finding that some 42,000 people voted twice, approximately 1,500 dead voters, and a plethora of voters who violated residency requirements, Grenell said. Other anomalies include an audit that suggested 3 percent of mail-in ballots were fraudulently cast and voting machine USB drives that were allegedly altered.

The Trump campaign and its allies are working on uncovering evidence of what happened during the election but are being stymied by officials.

“One of the problems that I think that we’re developing in this ongoing saga is the claims from the media, from the Democrats, and from local governments that we don’t have the proof. And the reality is, is that the ballots and the envelopes are in the possessions of local governments like the Clark County officials. We can raise the red flags, we can raise the concerning information, and we can point to the publicly available information that suggests voter fraud, but we can’t have access to the ballots or to the envelopes that have the signatures on it. That’s the property of local government,” explained Grenell, who has also served as Trump’s U.S. ambassador to Germany and special envoy for relations between Serbia and Kosovo.

“And it’s not fair, for instance, Clark County officials to say, ‘where’s your proof,’ when they have the proof and they’re unwilling to let us have access to it. We recently had a local judge say that our team could go examine the Agilis machine and the information that we were seeking. And, so, we went to Clark County officials and expecting to examine the machine and examine votes and signatures. And what we got was a tour of the place. It was not what the judge ordered,” Grenell added. 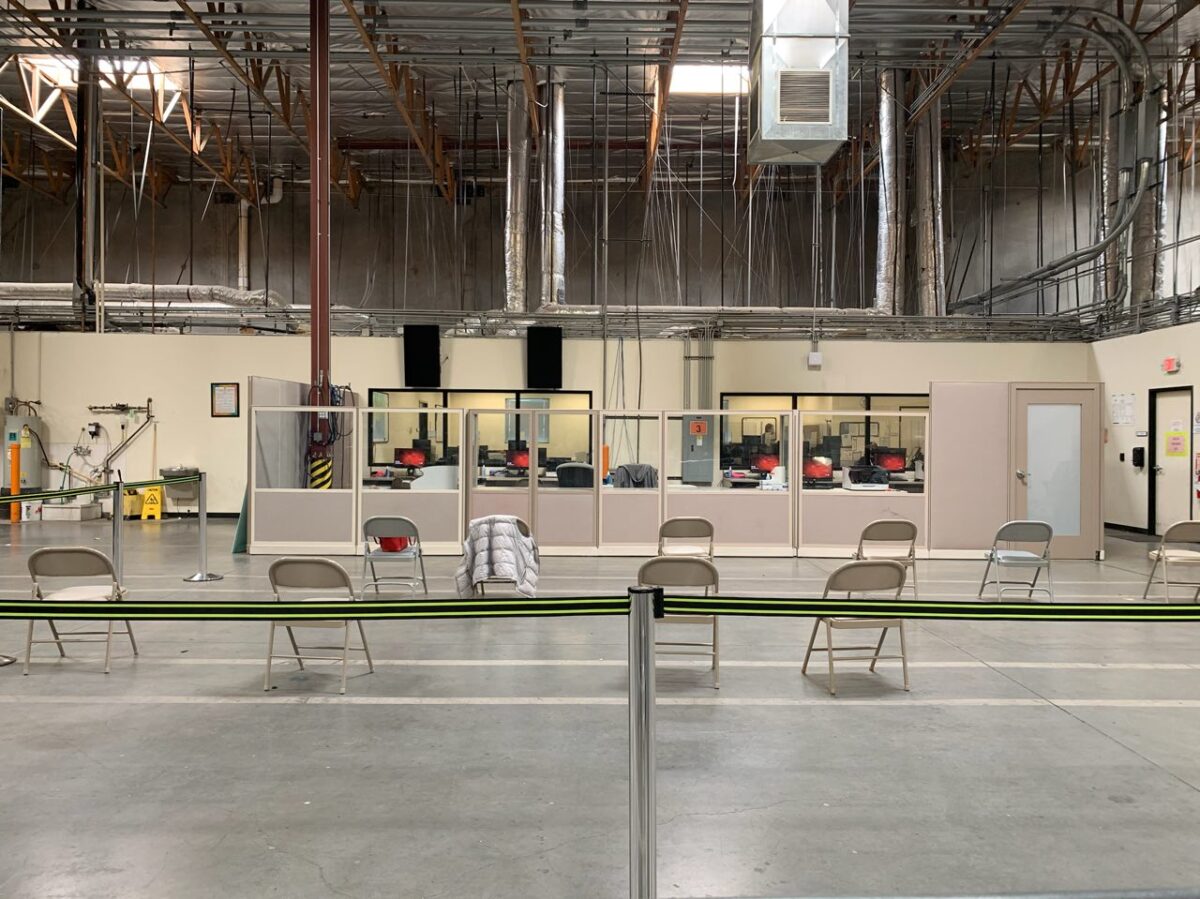 District Judge James Russell, who was elected by state voters, last week ordered Clark County officials to permit the examination of voting machines and other items. A county spokesman told The Epoch Times via email that officials accommodated the campaign and “were permitted to inspect anything they wanted.” The campaign didn’t respond to a request for comment.

Grenell alleged that officials and media initially claimed there was no fraud, then they said there’s no widespread fraud, and “now they’re saying that you can’t prove widespread fraud.”

The strategy appears to be “to delay as long as they can and run out the clock,” he added.

Russell on Friday heard from the Trump campaign and county officials. He dismissed a lawsuit from the campaign that sought to throw out tens of thousands of votes.

Democratic presidential nominee Joe Biden has declared victory in the election, but Trump hasn’t conceded and says the conclusion could see him win a second term. The Epoch Times, as a result of the numerous legal battles, isn’t calling the race at the time.

Grenell said he believes there’s time to contest the election results, with the Electoral College meetings looming. He also blamed the current attitude toward voter fraud allegations and other irregularities are tainted in some places by clear media bias.

“I don’t think in Washington, D.C., we have journalists anymore. I think we have advocates on both sides, whether they’re conservative or liberal and that’s really bad for the system. It’s, I think, ruining the system in many ways, because we’ve got reporters who are really advocates,” he said. “And so I’m not surprised that many of these reporters at the New York Times, The Washington Post, CNN, AP, USA Today—I could go on and on—I’m not surprised that many of these reporters are rushing to anoint Joe Biden without really looking at the charges of fraud.”

“I think the all-encompassing great legacy of the Trump administration and President Trump is to bring that outsider perspective to Washington, to begin the reform and the questioning and the change that really needed to happen. President Trump needs eight years to do that. And so I am hopeful that we’ll see another four years of President Trump,” he said.

“And that can happen beginning in 2021, or beginning in four years after that, in 2025. I want to see President Trump continue changing Washington because, for the first time in my life, we have a president that was tough enough and disinterested in the Washington media rules to be able to take on the fights that needed to be taken on.”