The Epoch Times has reached out to Cassidy’s office for comment.

“The Executive Committee of the Republican Party of Louisiana has unanimously voted to censure Senator Bill Cassidy for his vote cast earlier today to convict former President Donald J. Trump on the impeachment charge,” state GOP said in a statement on Saturday night.

In a statement after the trial, Cassidy said that the “Constitution and our country is more important than any one person,” and that he “voted to convict President Trump because he is guilty.” The Republican senator hasn’t issued a statement following the GOP’s move to censure him.

“We elected Senator Cassidy back in November … and we overwhelming sent him back to D.C., along with President Trump,” he told WICZ. “His constituents thought we were sending him there with a lot of those same ideals.”

The vote to censure is essentially a formal statement to condemn Cassidy for his actions and puts him on notice that he might not have widespread support during a reelection bid. Cassidy will face reelection in 2026. 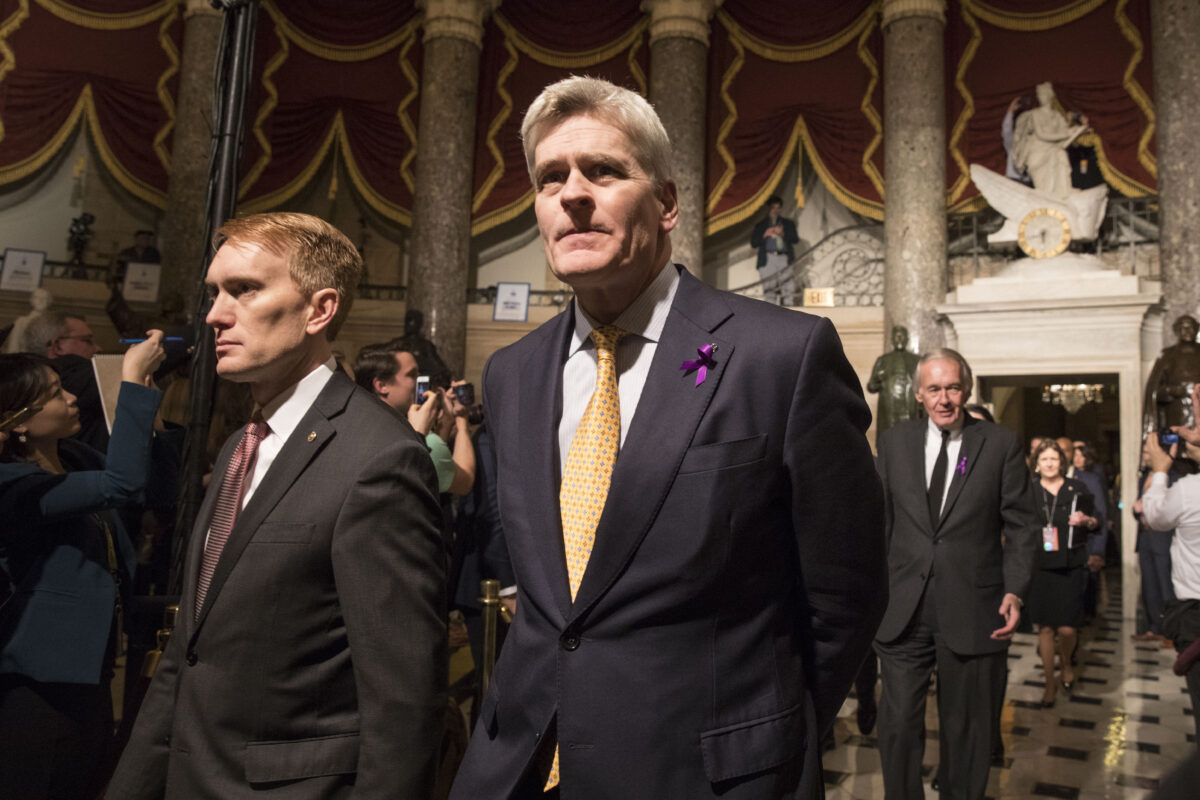 (L-R) Sen. James Lankford (R-Okla.) and Sen. Bill Cassidy (R-La.) in the Statuary Hall of the Capitol building on the way to attending the State of the Union in Washington on Jan. 30, 2018. (Samira Bouaou/The Epoch Times)

“We condemn, in the strongest possible terms, the vote today by Sen. Cassidy to convict former President Trump,” the GOP members said. “Fortunately, clearer heads prevailed, and President Trump has been acquitted of the impeachment charge filed against him.”

“I am State Senator Cathey and he is United States Senator Cassidy,” said Cathey, adding, “I am getting emails saying, ‘I can’t believe you are doing that.’ I just politely say, ‘I think you have mistaken me.”

Trump was acquitted on Saturday 57-43. Other than Cassidy, six other Republican senators voted to convict the former president after the House impeached him for allegedly inciting violence on Jan. 6 when riots broke out at the U.S. Capitol building during the Joint Session of Congress to certify the Nov. 3 presidential election.

Over the past several weeks, several GOP county committees voted to censure Sasse, who some experts have said is aiming to run for president in 2024.