Michigan attorney general Dana Nessel has apologized after getting piss drunk at a college football game and publicly acting like a fool.

Nessel admitted that she was so hammered that she needed to be wheeled out of the U of M/MSU football game in East Lansing on Oct. 30. “I laid low for a while, but my friends recommended that I leave so as to prevent me from vomiting on any of my constituents (polling consistently shows ‘Roman showers’ to be unpopular among most demographics),” she wrote in a Facebook post, attempting to make a joke out of her embarrassing behavior.

“I had a few folks help me up the stairs and someone grabbed a wheelchair so as to prevent me from stumbling in the parking lot,” Nessel continued. “Like all smart people attending festivities where drinking occurs, I had a designated driver. I went home, fell asleep on the couch, and my wife threw some blankets on me and provided me with some water and Tylenol for what she knew would be a skull-crushing hangover the next day.”

“My apologies to the entire state of Michigan for this mishap, but especially that Michigan fan sitting behind me. Some things you can’t un-see,” she added.

While Drunken Dana’s antics may be another humiliating example of Democrat buffoonery, the way she is wielding her power in Michigan is no laughing matter.

Big League Politics has reported on Nessel’s repeated threats against vote fraud whistleblowers as she covers up the grotesque illegality that occurred during the 2020 presidential election:

“Michigan attorney general Dana Nessel is threatening three lawyers who have had the courage to fight back against voter fraud in the court of law.

She released a press release maligning lawyers Greg Rohl, Scott Hagerstrom and Stefanie Junttila for joining attorney Sidney Powell in pursuing “a frivolous lawsuit in an effort to disenfranchise Michigan’s voters and undermine public trust in the outcome of the 2020 presidential election.”

Nessel hopes that Rohl, Hagerstrom and Junttila are punished and sanctioned to send an example to others that fighting for electoral integrity will not go unpunished.

“These attorneys seemingly made statements they knew were misleading in an effort to further their false and destructive narrative,” Nessel said.  “As lawyers, fidelity to the law is paramount.  These individuals worked to further conspiracy theories in an effort to erode public trust in government and dismantle our systems of democracy.  Their actions are inexcusable.”

Big League Politics has reported on Nessel’s terror campaign against whistleblowers, which has even included this very outlet being targeted by her overreach, as she desperately tries to cover-up the shocking improprieties that happened on election night.“

Nessel is a rising star within a far-left movement that cares only about identity, not competence. She must be stopped before she does even more damage to America. 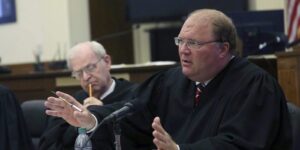 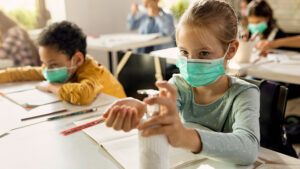