The plaintiffs in a lawsuit alleging election fraud and misconduct in Michigan’s Wayne County on Thursday asked a judge to order an immediate audit of election results so potential issues can be identified and acted upon ahead of Dec. 14, when the state’s 16 electors are scheduled to cast their presidential votes, according to local media reports.

David Kallman, an attorney who filed the initial lawsuit (pdf) on Nov. 8 on behalf of the plaintiffs, Republican poll watchers Cheryl Costantino and Edward McCall, said at Thursday’s hearing that the audit needs to be conducted quickly in the event that inaccuracies are found in the vote count, according to MLive.

Wayne County Circuit Judge Timothy Kenny, who presided over the hearing, promised to issue a written opinion in the matter by Dec. 8, according to The Detroit News.

Dec. 8 is the so-called “safe harbor” deadline, meaning that if legal disputes are settled and election results certified by that date, states are freed from any further contest-of-election challenges. 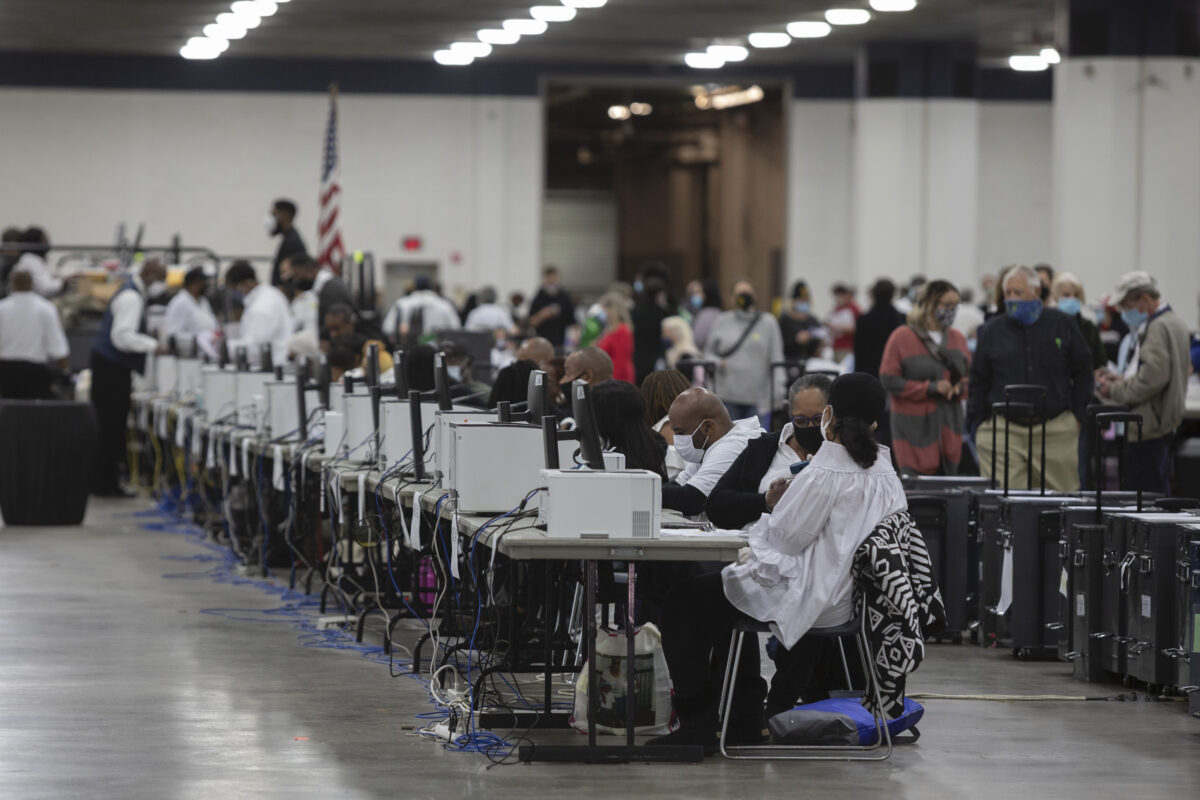 Workers with the Detroit Department of Elections help process absentee ballots at the Central Counting Board in the TCF Center in Detroit, Mich., on Nov. 4, 2020. (Elaine Cromie/Getty Images)

Michigan Secretary of State Jocelyn Benson has promised that an audit would take place, writing in an op-ed in Detroit Free Press that, “Following the certification of Michigan’s elections, our statewide risk-limiting audit will be paired with comprehensive local audits,” including an audit of Wayne County.

The Michigan State Board of Canvassers voted on Nov. 23 to certify the election results for Democrat presidential candidate Joe Biden.

During Thursday’s court hearing, Kallman acknowledged Benson’s promise to carry out an audit in Wayne County, but expressed concern that it would not be done in a timely fashion, according to Detroit Free Press.

“There’s no time frame, as I understand it on the Secretary of State’s commitment … if there’s a results audit and it determines there were some inaccuracies or there was some lack of integrity in the process, come next week it’s going to kind of be a moot point,” Kallman said, according to the report.

David Fink, a member of the defendants’ legal team, argued that Kallman’s motivation was either to overturn Michigan’s presidential election results or undermine public confidence in them.

It comes after two Michigan Supreme Court Justices last week urged a lower court to move quickly and “meaningfully assess” allegations of voter fraud, according to an order (pdf) that also denied an appeal by Costantino and McCall, who sought to halt certification so that an audit could be carried out.

Costantino and McCall’s initial complaint claimed election workers counted ballots from voters not listed on the qualified voter file and that, when a voter’s name could not be confirmed, random names were picked from the list. They also alleged election workers removed Republican vote challengers from Detroit’s TCF Center when they raised objections and that poll workers were told by election officials to not verify signatures on absentee ballots and to process them even if they were invalid.

The Michigan Supreme Court, in its earlier ruling in the case, acknowledged in an order (pdf) the presence of “troubling and serious allegations of fraud and irregularities.” It also noted that the plaintiffs presented evidence to substantiate their allegations, including in support of claims that ballots were counted from voters whose names were not on poll books and that instructions were given by elections officials to “disobey election laws and regulations.”

In an opinion, the two judges then called for “the most expedited consideration possible of the remaining issues,” adding that a trial court should “meaningfully assess” plaintiffs’ allegations by way of an evidentiary hearing and resolve any related legal issues.