Michigan’s legislation bodies on Dec. 15 granted the state’s Senate and House Oversight Committees power to issue subpoenas to Detroit and the Livonia suburb that would allow officials to further investigate allegations of voter fraud in the Nov. 3 election.

Michigan House Oversight Committee Chairman Rep. Matt Hall, a Republican, said in a statement Tuesday that the resolution is “vitally important” to ensure the transparency, efficiency, and trustworthiness of the state’s election procedures.

“This stance isn’t a partisan one. It’s something we all should strive for,” Hall said.

The measure passed by the House and Senate, with one Senate Democrat reportedly crossing party lines in backing the subpoenas, which would require Detroit Clerk Janice Winfrey and Livonia Clerk Susan Nash to produce documents about how they ran their elections, with a deadline of 5 p.m. Jan. 12.

According to subpoenas obtained by The Epoch Times, the clerks will have to surrender hard drives, emails, absentee voter counting board laptops, and other election-related material.

“Regardless of our political affiliations, we should all agree that we must do more to restore the public’s trust in our voting procedures,” state Rep. Triston Cole, a Republican, said. “We can begin that process by conducting a thorough and complete investigation that gets to the bottom of these reports and delivers the answers voters deserve. The Oversight Committee needs full access to accurate information to make sure that happens.”

The request comes after a forensic audit of Dominion Voting Systems machines in the state concluded the devices were “intentionally and purposefully designed” to produce significant numbers of tabulation errors. 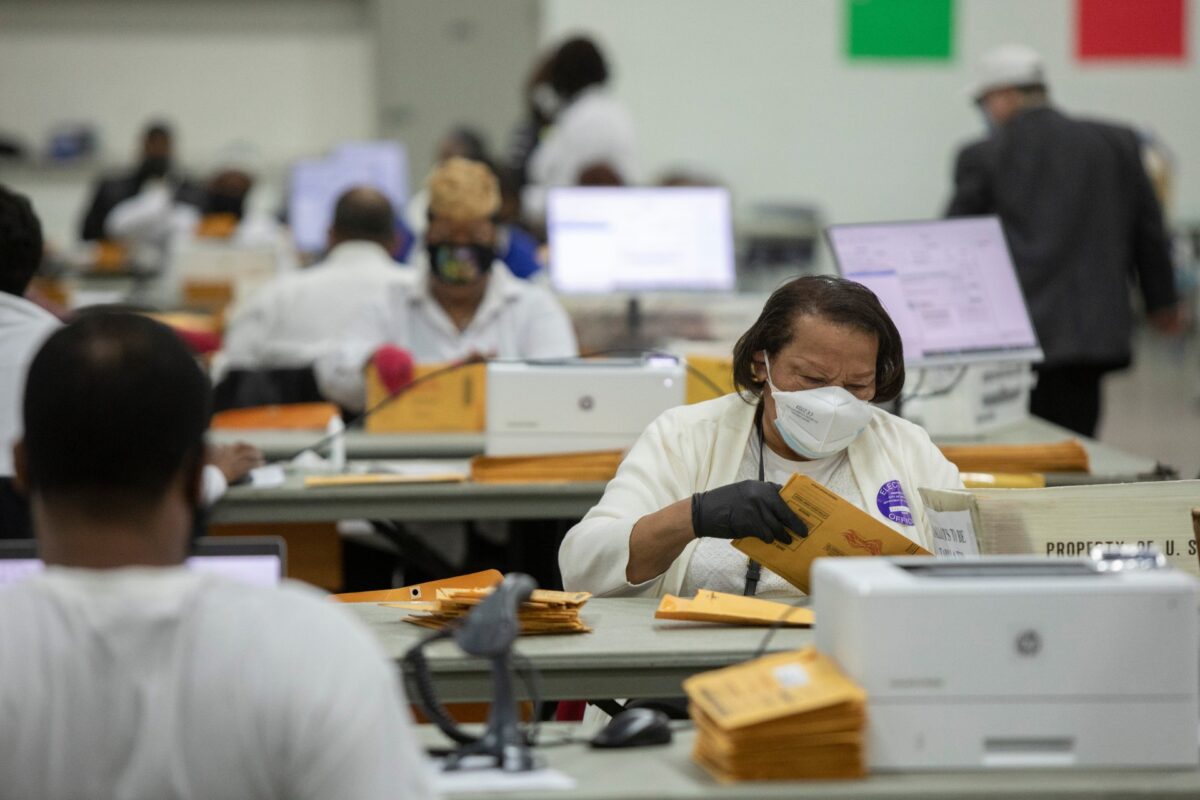 Allied Security Operations Group, which carried out a forensic audit of voting machines in Michigan’s Antrim County, claimed in a Monday report that more than 1,400 votes changed when they evaluated a Dominion ImageCast Precinct machine for possible hardware problems in a small town.

Michigan officials have challenged the report, primarily focusing on questioning the expertise of Allied.

“If the Trump campaign had any actual evidence of wrongdoing—or genuine suspicion thereof—they could have requested a hand recount of every ballot in the state. They did not, instead choosing to allow shadowy organizations claiming expertise to throw around baseless claims of fraud in an effort to mislead American voters and undermine the integrity of the election,” Secretary of State Jocelyn Benson, a Democrat, said in a statement.

Dominion Voting Systems has repeatedly said that its machines cannot switch votes from one candidate or proposition to another.

“No one has produced credible evidence of vote fraud or vote switching on Dominion systems because these things have not occurred,” CEO John Poulos told legislators in Michigan on Tuesday.

But Hall said he’s seen several reports of irregularities in the immediate aftermath of the election, which “made people question if Michigan’s elections system could be trusted, and if it is both free and fair,” Hall said in a statement.

“The House and Senate Oversight Committees have heard testimony and claims about this election. We’ve also heard from officials who have responded to those claims. These additional measures will allow us to look at the evidence and confirm the truth,” he added.

Evidence lies within records, documents, and communications from local officials who oversaw election processes in communities where irregularities have been reported, according to the legislator.

“We need to review plans and outlines for Detroit and Livonia’s absent voter counting structure, as well as qualified voter file information and lists of poll workers, their party affiliations, and training procedures. Surveillance footage, hard drives, and other storage materials such as USB drives can deliver us additional information that will help us see how these elections functioned and where they can operate more efficiently,” he said. “This information can help complete our picture as we work to provide people throughout our state with clarity and answers they deserve—so they can have an elections system that they trust going forward.”

The Detroit and Livonia city clerks didn’t immediately respond to requests for comment.

Jack Phillips and Zachary Stieber contributed to this report.