The school board of Saginaw Township, Michigan, was forced to shut down all schools last Monday, after a “large number” of staff had a negative reaction to the COVID booster jab.

The Saginaw Township Community Schools District announced last week that every single one of the schools in the district, including five elementary schools, one middle school, and two high schools, would all have to shut down for a day, because “a large number” of their staff had had “a negative reaction to the COVID booster shot given at a voluntary clinic over the weekend.”

Not only were all schools shut down, but all child care and after school programs were also halted. The statement from the district added that the situation was compounded by a further lack of substitute teachers throughout the entire state of Michigan.

CDC data showed that from August 12th to September 19th, out of 12,591 people who took a third COVID booster shot using mRNA vaccines, 79.4% of people registered local reactions to the vaccine, which includes pain at the injection site, while 74.1% registered systemic reactions to the vaccine, including fatigue, headaches, fever, chills, and nausea.

Last month, the FDA admitted that more serious adverse events from the Pfizer COVID vaccines “may become more apparent” as the vaccine gains wider use, with the organization also having approved the vaccine knowing that children were affected by these severe reactions.

The wider use seems likely to continue into many more booster shots for the vaccine; in September, Israel became the first country to require a new booster shot every 6 months to maintain their COVID passport, while the CDC announced in October that immunocompromised people were eligible to take a fourth booster shot. 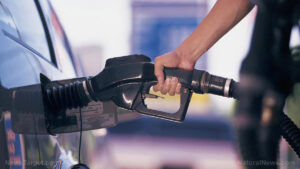